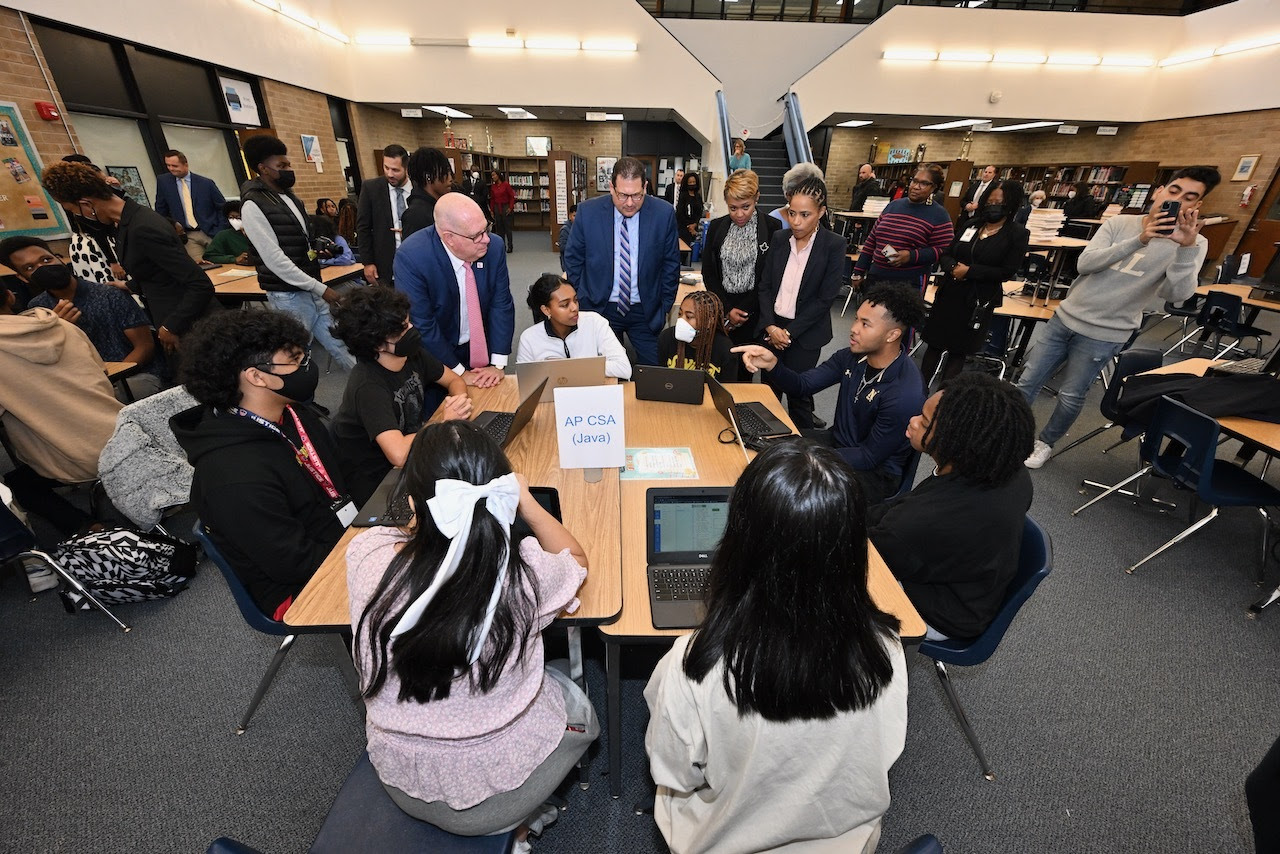 ACCESS Initiative. In Greenbelt, Governor Hogan joined Prince George’s County Executive Angela Alsobrooks and UMBC President Valerie Sheares Ashby at Eleanor Roosevelt High School to meet with faculty and students involved in the administration’s ACCESS Initiative and the state’s partnership with Girls Who Code. The ACCESS Initiative is a statewide program that has strengthened computer science education for students across the state in order to meet the demands of a 21st century workforce and prepare students for the jobs of the future. 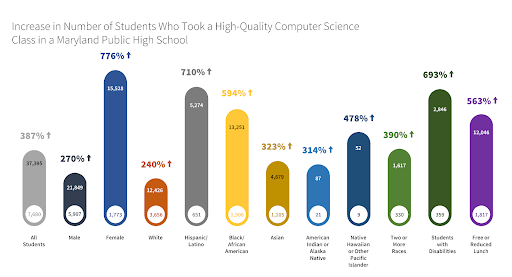 Since Governor Hogan first announced the ACCESS Initiative in November 2017, the amount of students taking a high quality computer science course in Maryland high schools has increased by over 380%, and participation among female students has increased at more than double that rate. 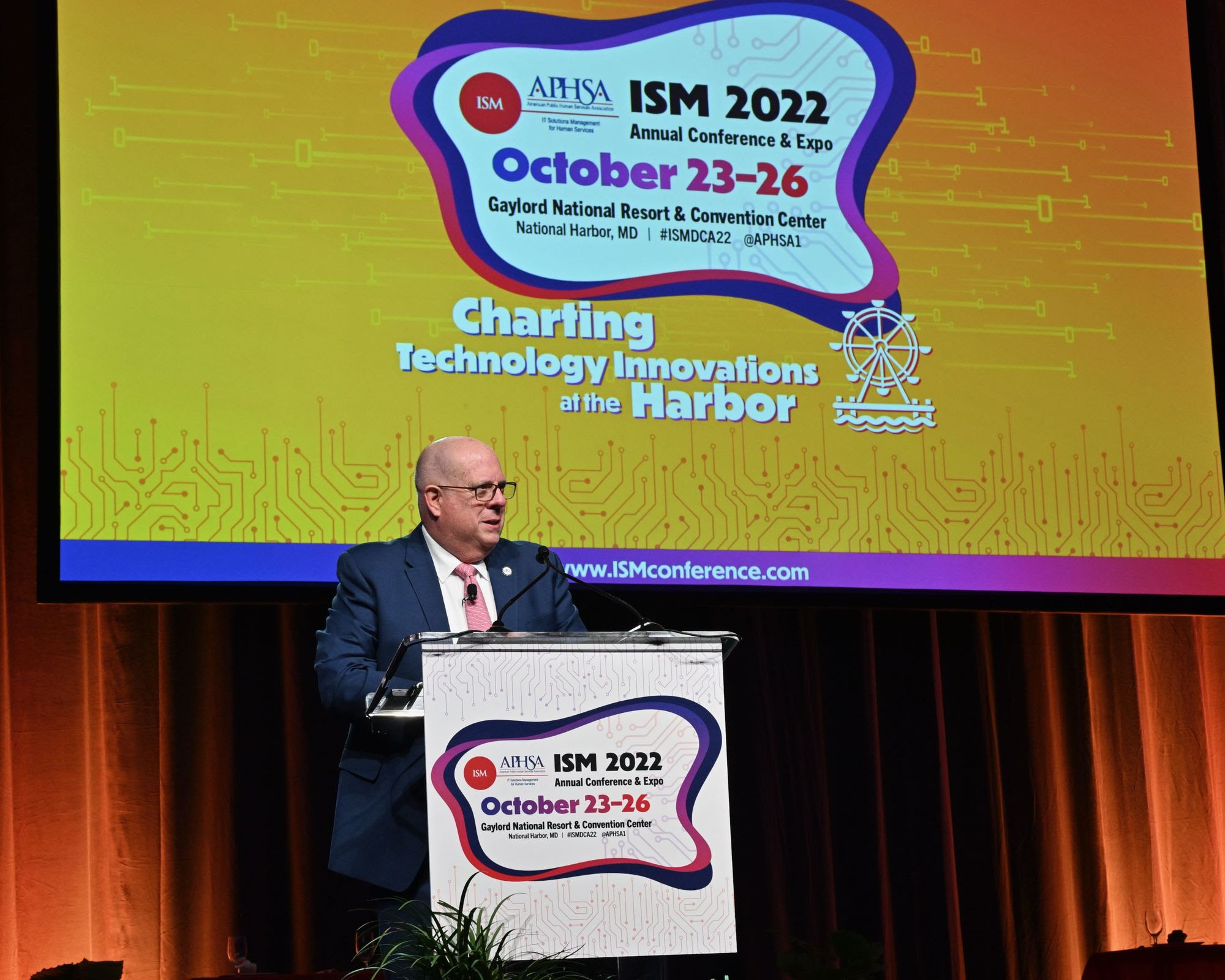 MDTHINK. Governor Hogan began the day at the ISM Conference in National Harbor, where he highlighted the state’s MD THINK cloud-based platform, which allows multiple state agencies to share and manage data in one place. During his speech, the governor announced that the state’s Department of Human Services is now 100 percent modernized, and that complete modernization is underway to enhance the state’s disease surveillance systems, to ensure their resiliency and readiness. 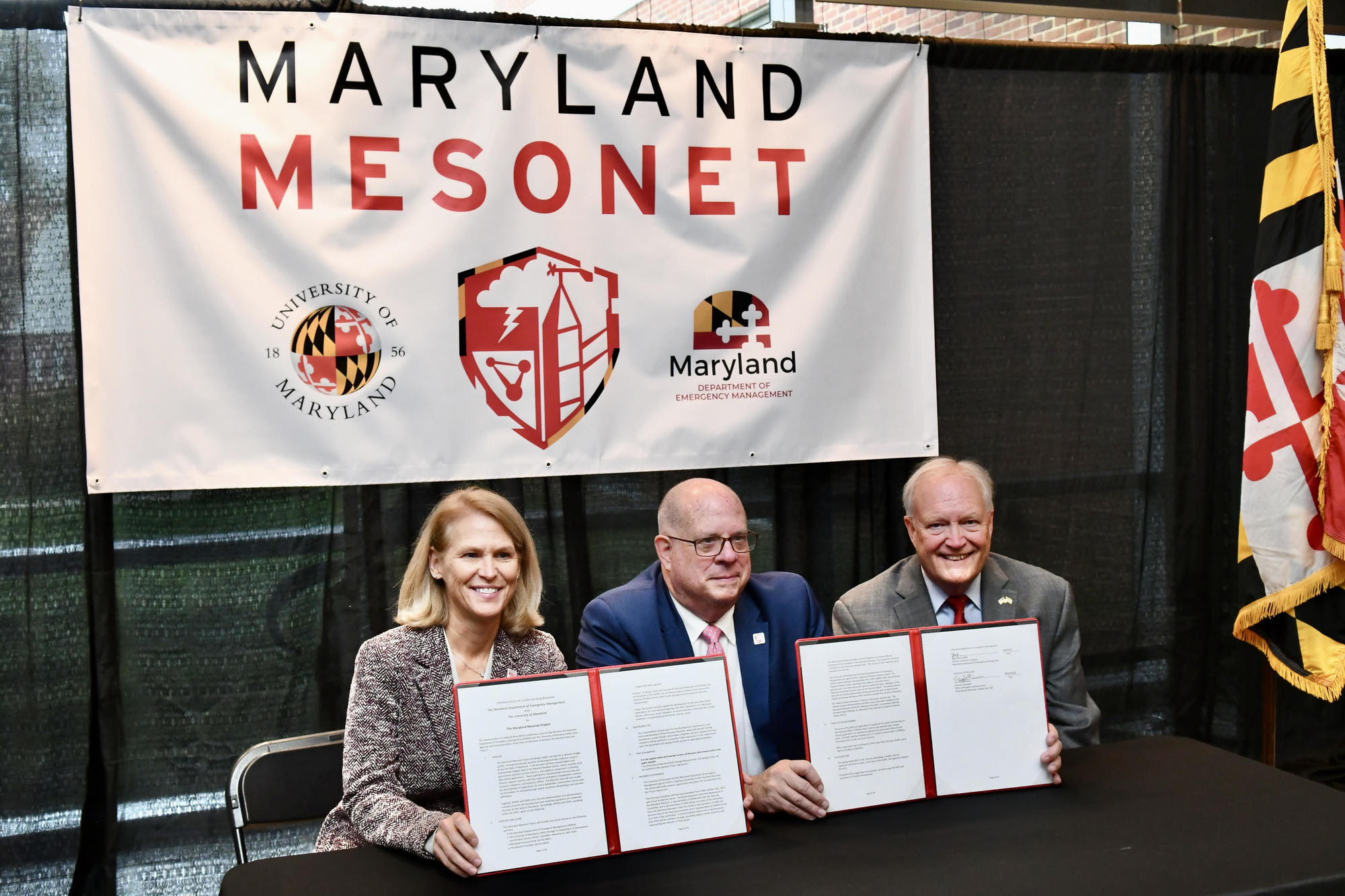 Maryland Mesonet Project. In College Park, Governor Hogan announced a new partnership between the State of Maryland and the University of Maryland to build and operate the Maryland Mesonet, a state-of-the-art network of 75 weather-observing towers that will have the capabilities to provide around the clock situational awareness during rapidly changing weather conditions. This will help protect the state’s critical infrastructure, and provide state and local emergency managers with more real-time data and analysis.