ANNAPOLIS, MD—To kick off the second leg of his economic development mission to Asia, Governor Larry Hogan today met with leaders of Keidanren—the Japan Business Federation—including Hayakawa Shigeru, co-chairman of Keidanren’s Committee on U.S. Affairs and vice chairman of the board of directors of Toyota Motor Corporation. The governor also touted Maryland’s pro-business environment at a joint reception hosted by the State of Maryland and Keidanren. 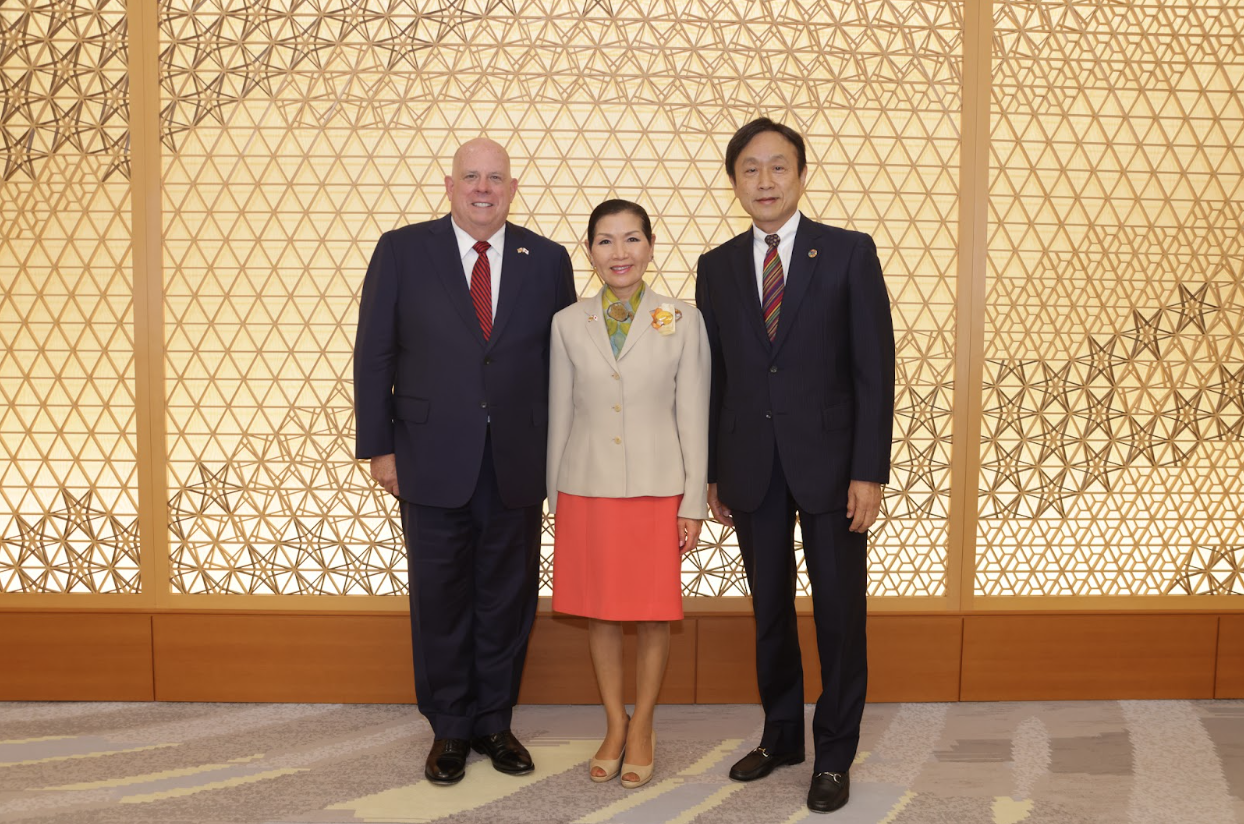 “We will be spending the next several days meeting with business leaders and government officials and announcing new opportunities for cultural and economic exchanges, and we are honored to begin those efforts with Keidanren, which represents nearly 1,500 Japanese companies, more than 100 nationwide industrial associations, and the regional economic organizations for all 47 prefectures,” said Governor Hogan. “Maryland truly is open for business, and we are looking forward to working with Keidanren to forge even closer ties between our two regions and between our two business communities.” Governor Hogan highlighted Maryland’s innovative Global Gateway Initiative, which helps attract international businesses and ease their transition into the U.S. market. Earlier this month, the governor announced that applications for the program are available through Oct. 31, 2022 to provide incentives for eligible businesses. Keidanren has a membership of 1,494 representative Japanese companies, 108 nationwide industrial associations, and the regional economic organizations for all 47 of Japan’s prefectures.

Japan is one of Maryland’s top five target markets for investment attraction. Japanese manufacturing companies provide over 5,000 Maryland jobs, and major Japanese companies with operations in the state include A&G Pharmaceuticals, Honda, Toyota, Fuji, and Mitsubishi Heavy Industries. Most recently, Hitachi Rail—a global provider of rail solutions—announced that it will establish its new railcar manufacturing operations in Washington County as part of a major U.S. expansion.