Agreement Focuses on Economic Development and Networking Opportunities Between State of Maryland and Republic of Ireland
Discusses Ukraine, Equine Industry, Brexit at Leinster House with Irish Minister for Foreign Affairs & Minister for Defence

ANNAPOLIS, MD—As part of his economic development mission to Western Europe, Governor Larry Hogan visited the Guinness Enterprise Centre (GEC), which is the leading university-associated business incubator in the world, to announce a new partnership between the State of Maryland and the Republic of Ireland focused on soft landing spaces, academics, and networking opportunities between the two regions.

In an effort to enhance its vision of becoming Europe’s leading entrepreneurial superhub, the GEC is becoming a partner of the Global Gateway Initiative, an innovative soft landing program that helps attract international businesses to Maryland and ease their transition into the U.S. market by connecting them with local incubators and accelerators. Last month at the World Economic Forum, the governor announced an initial investment of $2 million for the initiative, which currently includes the participation of more than 20 Maryland accelerators and incubators.

“The State of Maryland is laser focused on attracting even more foreign investment, including here in Ireland,” said Governor Hogan. “With this new partnership, Maryland companies will gain direct access to best-in-class business support, and GEC-based companies will receive the assistance they need to expand into the U.S. and do business in Maryland.” 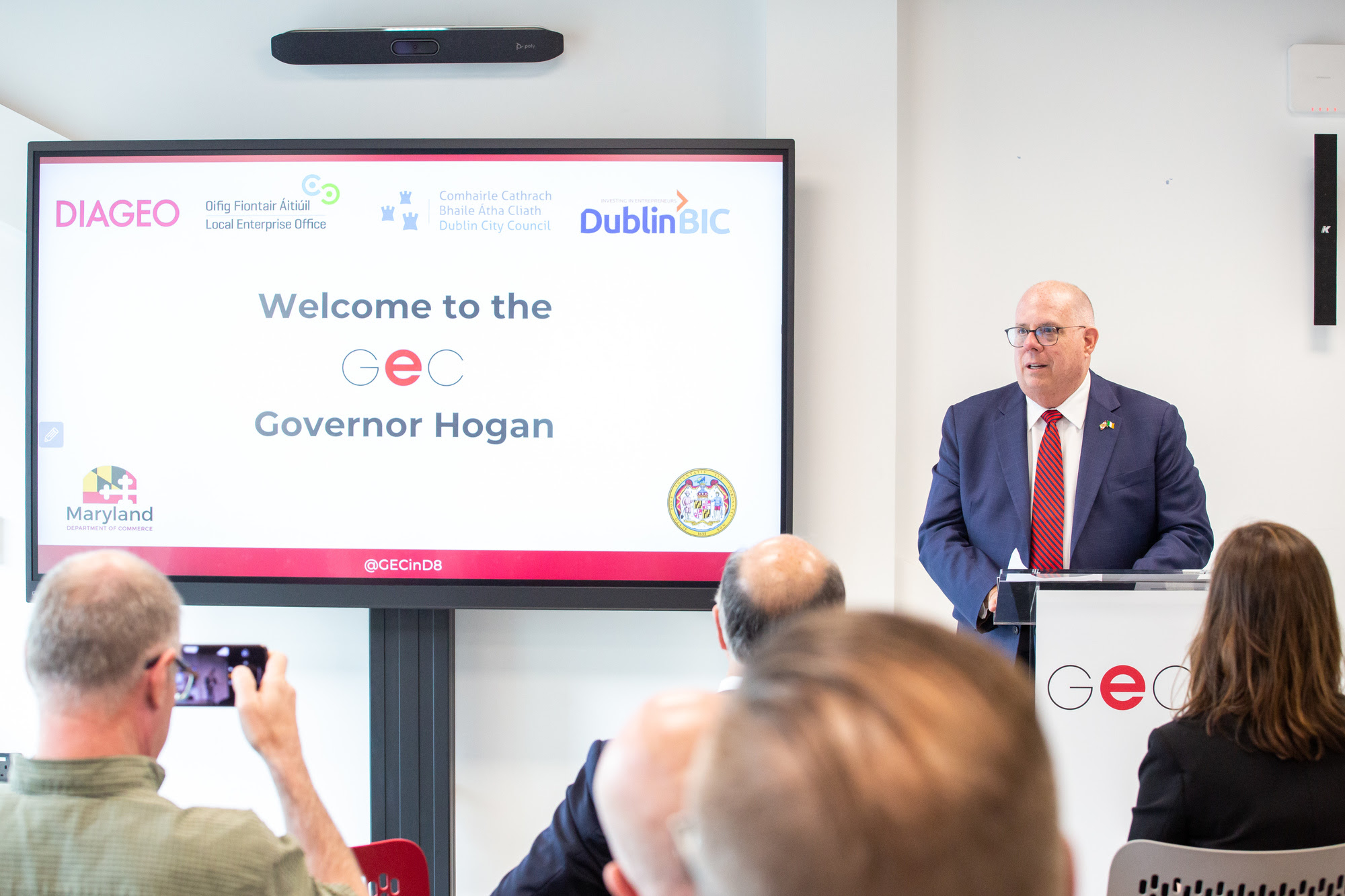 The GEC provides a world-class entrepreneurial environment by empowering businesses to grow and scale their enterprises. With this partnership, Maryland companies interested in a soft-landing opportunity will gain direct access to a community of like minded entrepreneurs and stakeholders while also benefiting from the best-in-class business support offered to Guinness Enterprise Centre companies. By becoming a partner, GEC-based companies will also receive support with expanding into the U.S. and access to facilities, resources, advisors, and more, by way of doing business in Maryland.

“We are delighted to welcome Governor Hogan and the delegation from the state of Maryland to the Guinness Enterprise Centre,” said GEC manager Eamonn Sayers. “This visit recognises the ambition and appetite in each region to scale and prosper in new markets. We look forward to working more closely with innovators and entrepreneurs throughout Maryland while providing Irish startups with greater access to this important market.” This agreement will also extend to universities in Ireland and in Maryland, by connecting local talent to work directly with innovative start-ups and encouraging entrepreneurial mindsets, while allowing students to offer advice and assistance on strategic challenges that businesses may face. 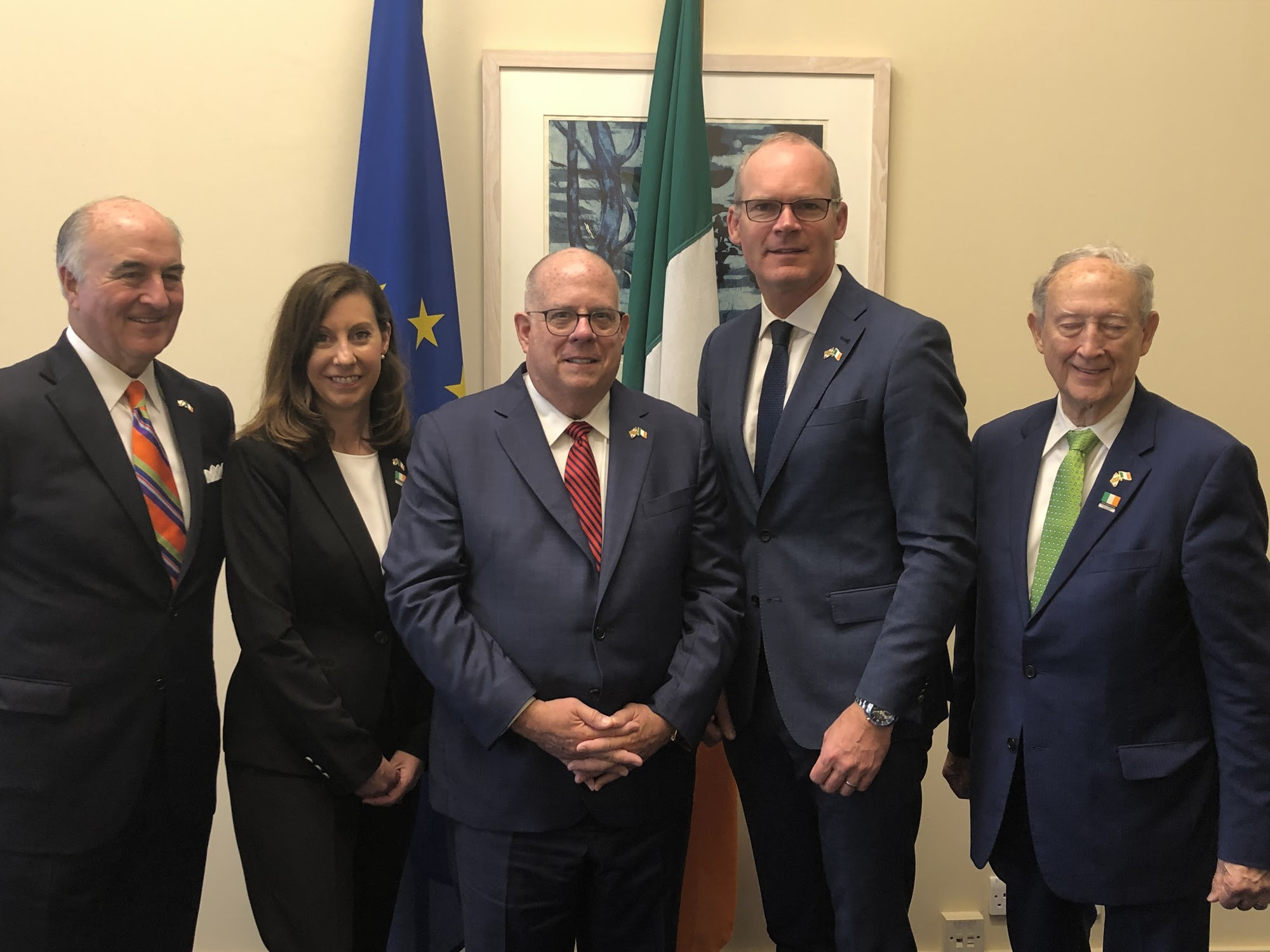 Governor Hogan also met with Senator Mark Daly, chair of the upper house of the Irish legislature, and was named an honorary member of the American Irish State Legislators Caucus.