ANNAPOLIS, MD—During his economic development mission to Western Europe, Governor Larry Hogan was joined by Vice President Francois Decoster of the Hauts-de-France region to sign a new memorandum of understanding strengthening bilateral ties in the equine industry. Through the new strategic partnership, the State of Maryland and Hauts-de-France will launch an exchange program with students and professionals to attend, learn, and compete at equine schools and competitions in both regions.

“Maryland has more horses per square mile than any other state in America and a thriving horse industry that is vital to our state’s economy,” said Governor Hogan. “We have a long tradition of French horses, owners, trainers, and jockeys competing in Maryland, and we look forward to expanding this valuable partnership.” 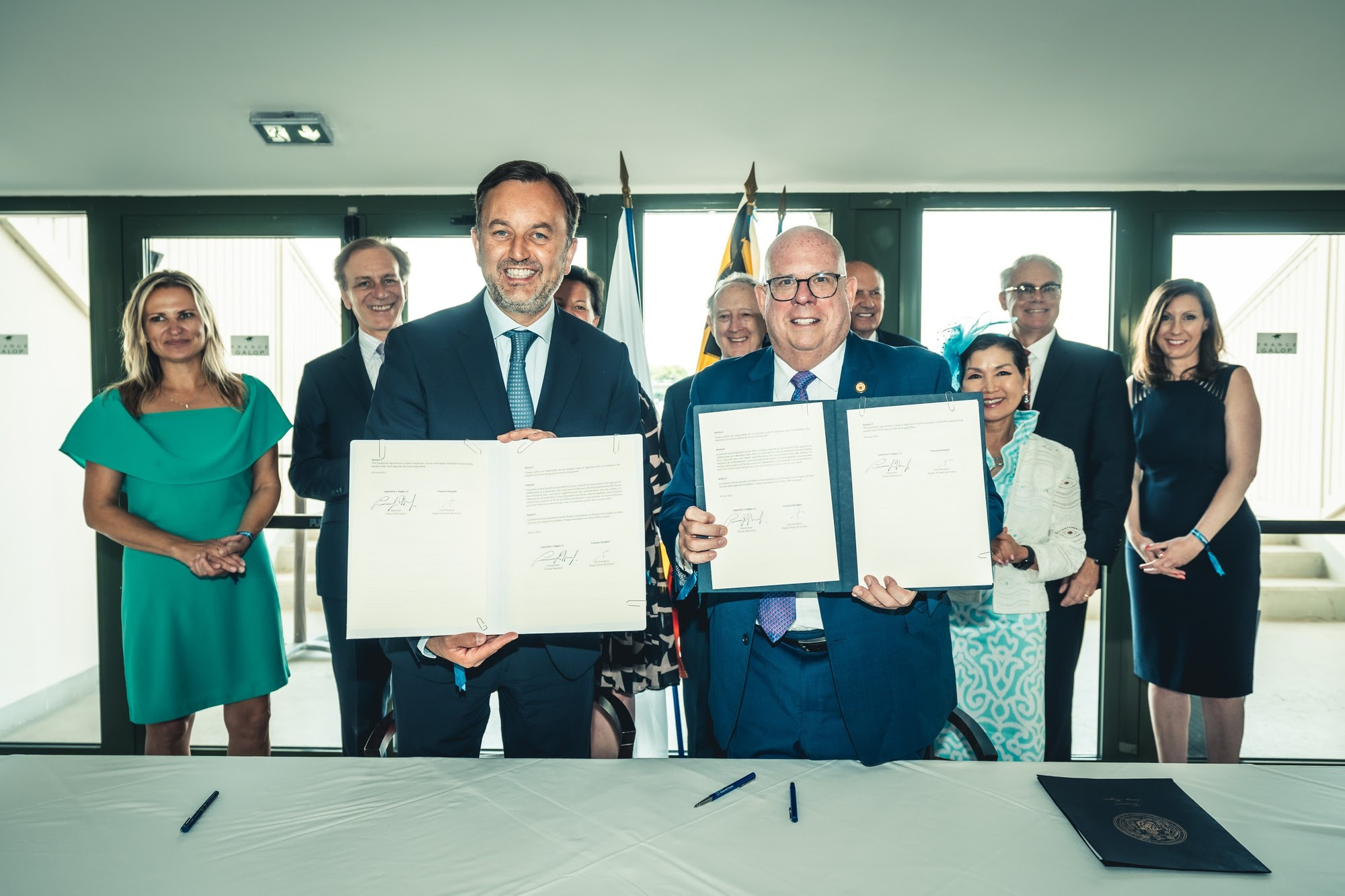 The agreement was signed during the Prix de Diane Race in Chantilly, France—a Group 1 flat horse race that is open to three-year-old thoroughbred fillies. Maryland is a leader in the horse industry, annually hosting both the Preakness Stakes—the second jewel of the Triple Crown—and the Maryland 5 Star, which is one of only two 5 Star events in the United States, and only the seventh in the world. The horse industry adds more than $1.3 billion and more than 21,000 jobs to the state’s economy.

“The Région Hauts-de-France desires to implement our December 2020 framework agreement very quickly through this agreement on the equine sector,” said Vice President Decoster. “We expect concrete results for our horse industries both in Hauts-de-France and Maryland.” 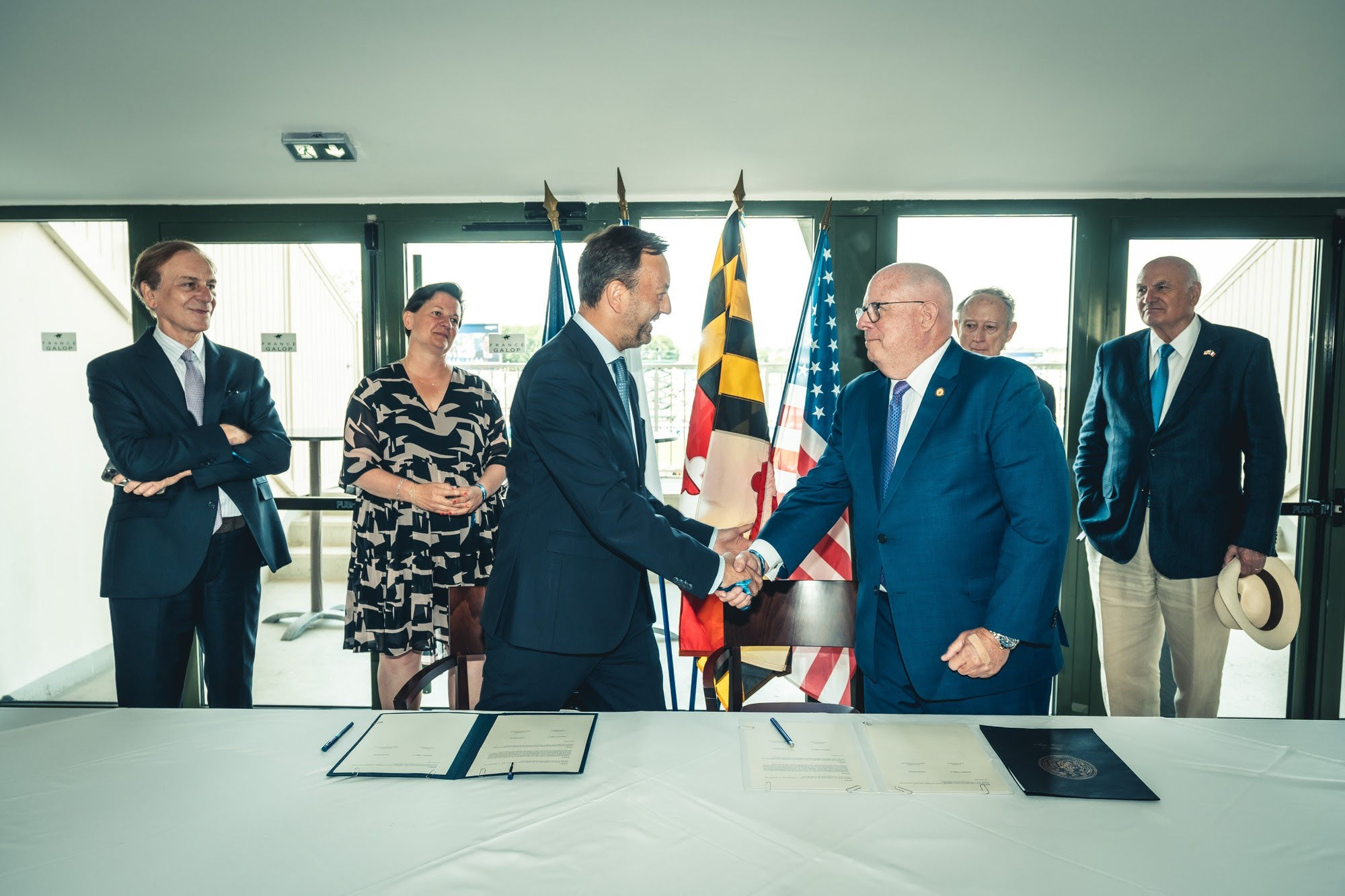 In December 2020, Governor Hogan and President Xavier Bertrand of the Hauts-de-France region enacted a Sister State memorandum of understanding. Bilateral efforts are underway between Maryland and Hauts-de-France’s life sciences and equine industries, as well as educational exchanges.

Quantum, Cyber Business Sectors. While in Paris, the governor also touted Maryland’s Global Gateway Initiative with a number of leaders in the quantum, defense, and cyber sectors—including Systematic, a tech ecosystem with over 900 members; Quantfi; ColibrITD; VeriQloud; and CybelAngel—and promoted Maryland as a trade destination with leaders from Bpifrance, Business France, and MEDEF International.