“Now more than ever, it is critical that we come together to honor the faithfulness and the loyalty of all of the brave, proud members of the thin blue line who run toward danger and adversity when others run away,” said Governor Hogan. “As we honor the lives and the legacies of our fallen MSP heroes, it is with the knowledge that they are part of a fellowship of heroes who are walking among us and protecting us each and every day.”

The ceremony honored 43 state troopers and one deputy state fire marshal who lost their lives in the line of duty, as well as two troopers drafted into military service during World War II who were killed in action. 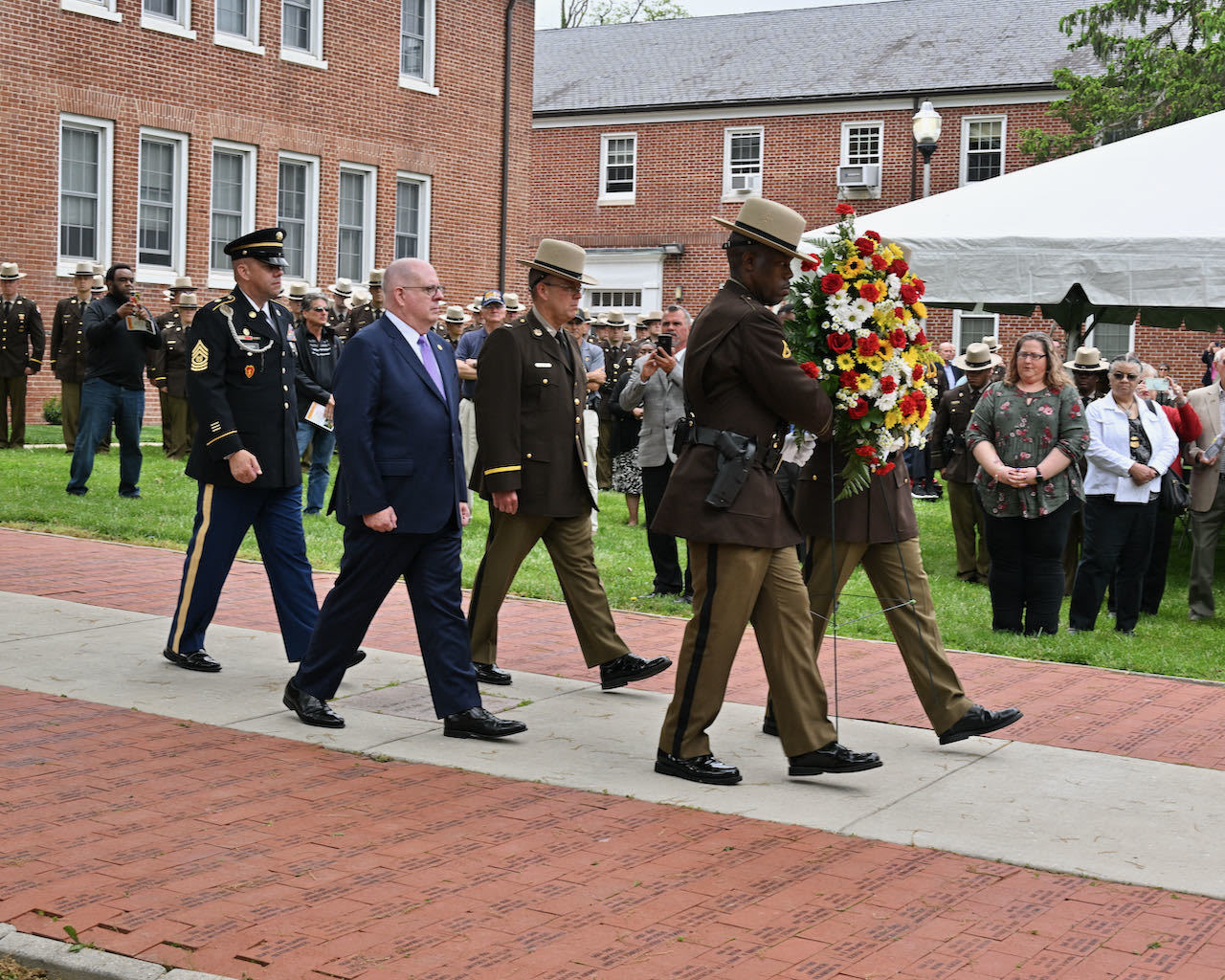 Earlier this week the governor proclaimed May 11-17 as National Police Week, which was first established 60 years ago by President John F. Kennedy. 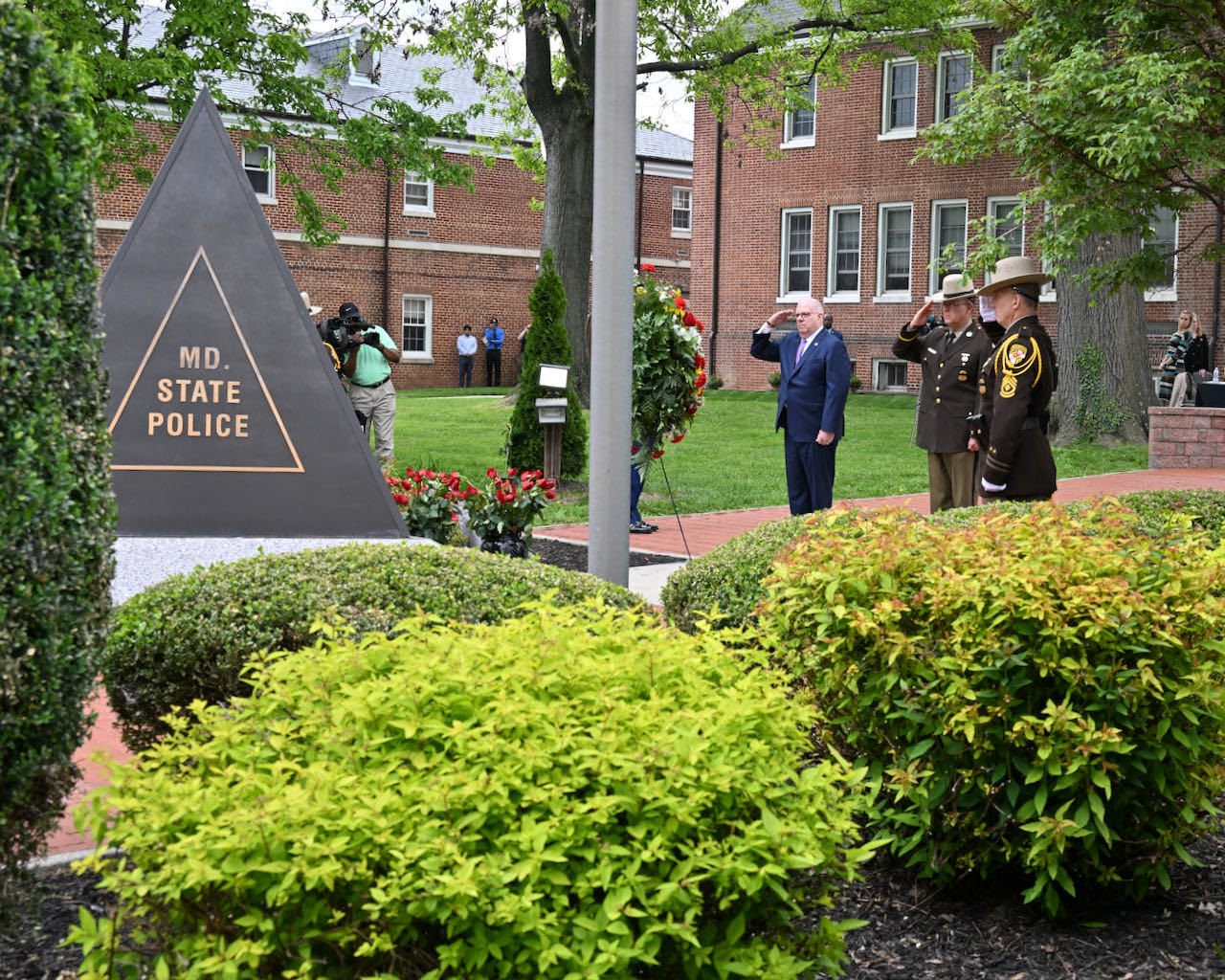 The governor recently enacted his Re-Fund The Police Initiative, which will help recruit and retain more quality officers, increase diversity and expand community policing efforts, improve training to teach better de-escalation techniques, and provide body cams and other technology and equipment upgrades for state and local police departments all across Maryland.