ANNAPOLIS, MD—Governor Larry Hogan today participated in a ceremonial flag raising to signal the reactivation of the site of the former Bainbridge Naval Training Center and to celebrate the beginning of development activities for 3.7 million square feet of logistics and distribution space across 440 acres in Cecil County.

“The entire mission of our state government continues to be keeping Maryland open for business, and today represents the culmination of literally decades of effort to do just that as we officially kick off the redevelopment of more than 400 acres of land in this key location along the I-95 corridor,” said Governor Hogan. “There is a major distribution and logistics market in this region, and the development of Bainbridge will be a tremendous asset and help us continue to meet the need for more and more companies seeking to do business in our state.”

The governor was joined for the event by Cecil County Executive Danielle Hornberger, representatives from MRP Industrial and the Bainbridge Development Corporation, as well as other state and local elected officials.

Redevelopment of the site will complement the major distribution and logistics market in the region and will help Maryland continue to meet the demand of companies seeking to do business in the state.

Established in 1941, nearly 245,000 recruits were trained at the Bainbridge Naval Training Center throughout World War II. The center was reactivated in 1950 after the U.S. entered the Korean War. The facility was decommissioned by the United States Navy in 1976 and formally transferred to the State of Maryland in February of 2000. 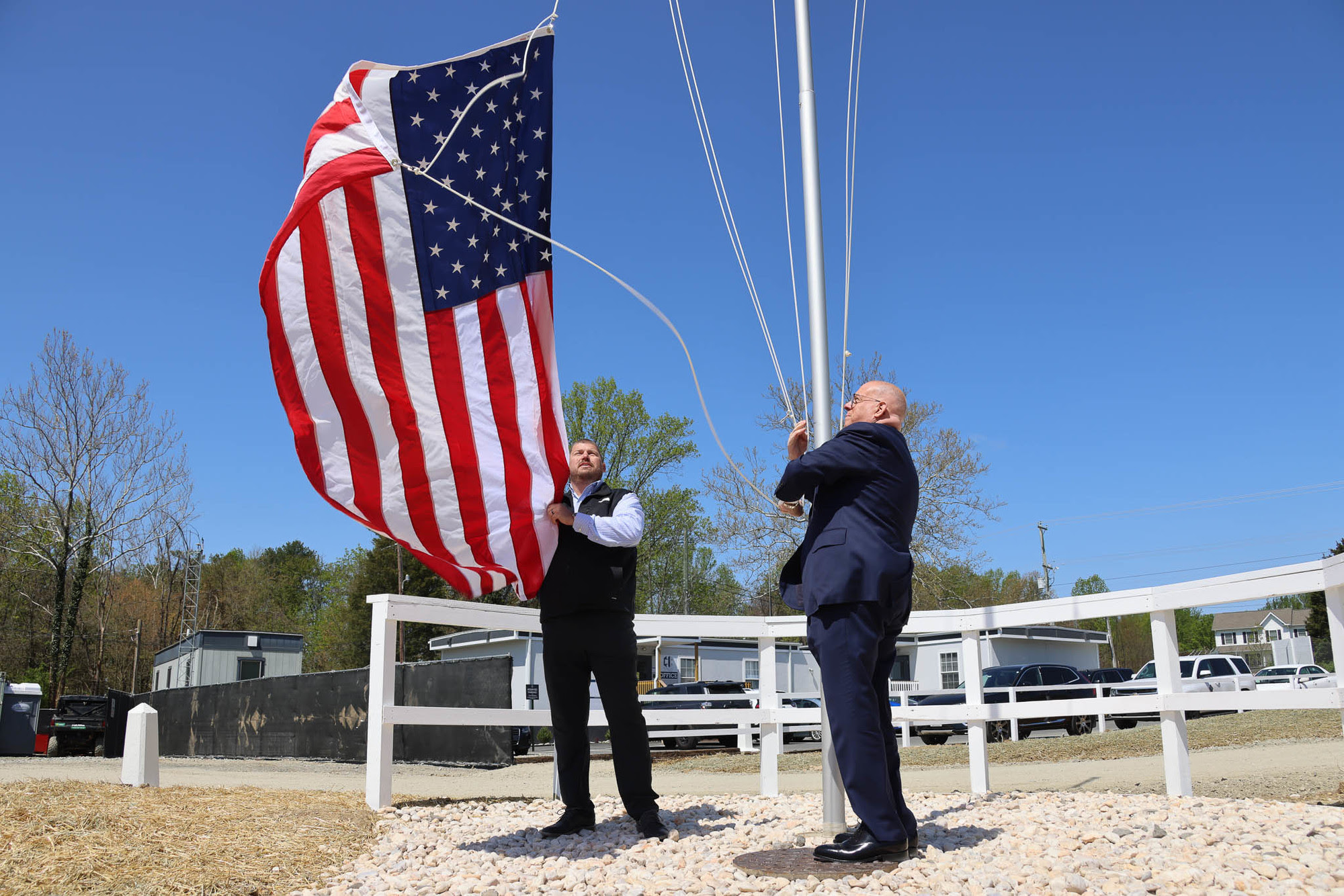 This redevelopment marks the latest economic development announcement by the Hogan administration in Cecil County. In July 2021, Governor Hogan took a helicopter tour of Principio Business Park, which covers more than 1,600 acres and is currently home to distribution facilities and office space for major companies including General Electric, Restoration Hardware, and Amazon. Also in July, Great Wolf Lodge broke ground on its largest resort, which will be located in Perryville, and Highline Warren—a manufacturer and distributor of automotive products—opened a new state-of-the-art distribution center in Elkton. In October, Alo Yoga and BELLA+CANVAS—two Los Angeles-based clothing brands—opened a new distribution center in North East.