ANNAPOLIS, MD—Governor Larry Hogan today was awarded the Gwanghwa Medal (Gwanghwajang) by South Korea’s Ambassador to the United States Lee Soo-hyuck. This rare and prestigious honor, which is typically awarded to only a handful of people every year, is the highest award that the Republic of Korea bestows to foreign dignitaries for improving relations and diplomatic ties.

The governor was joined by First Lady Yumi Hogan for the ceremony, which was held at the Embassy of the Republic of Korea in Washington, D.C. 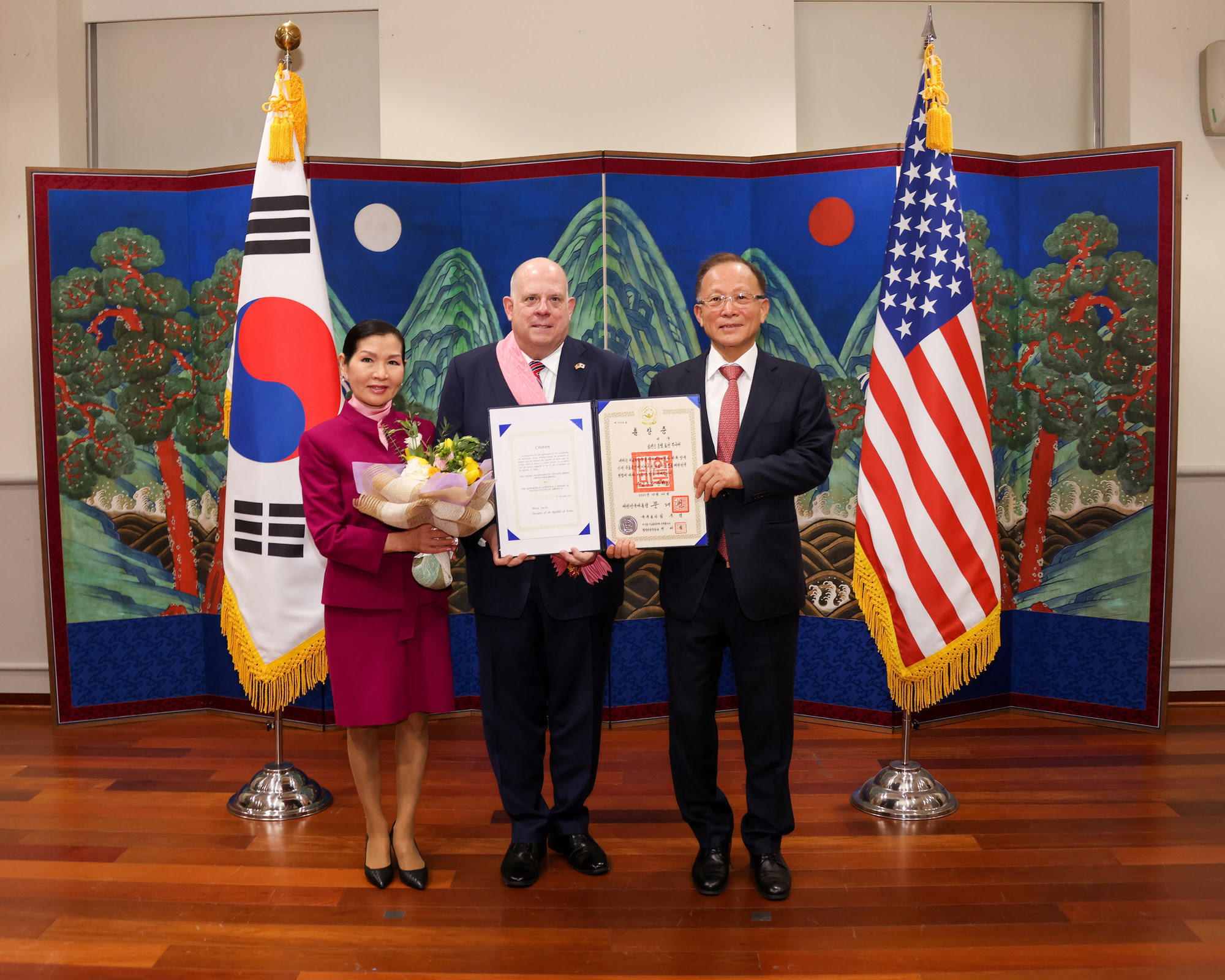 “We truly appreciate the enduring ties of alliance and friendship between South Korea, the State of Maryland, and the United States of America,” said Governor Hogan. “I am deeply humbled to be the recipient of this prestigious award. As long as I am governor, and long after that, I will continue to do everything in my power to strengthen the partnership between our two regions.” In April 2020, during the height of the pandemic, with the assistance of the Korean government, the State of Maryland negotiated an agreement for the acquisition of life-saving COVID-19 tests from South Korea’s LabGenomics.

In October, Governor Hogan officially opened the State of Maryland’s Koreatown in Ellicott City—one of few in the United States. In November, the governor announced a series of statewide actions to combat the rise in anti-Asian hate and bias crimes. 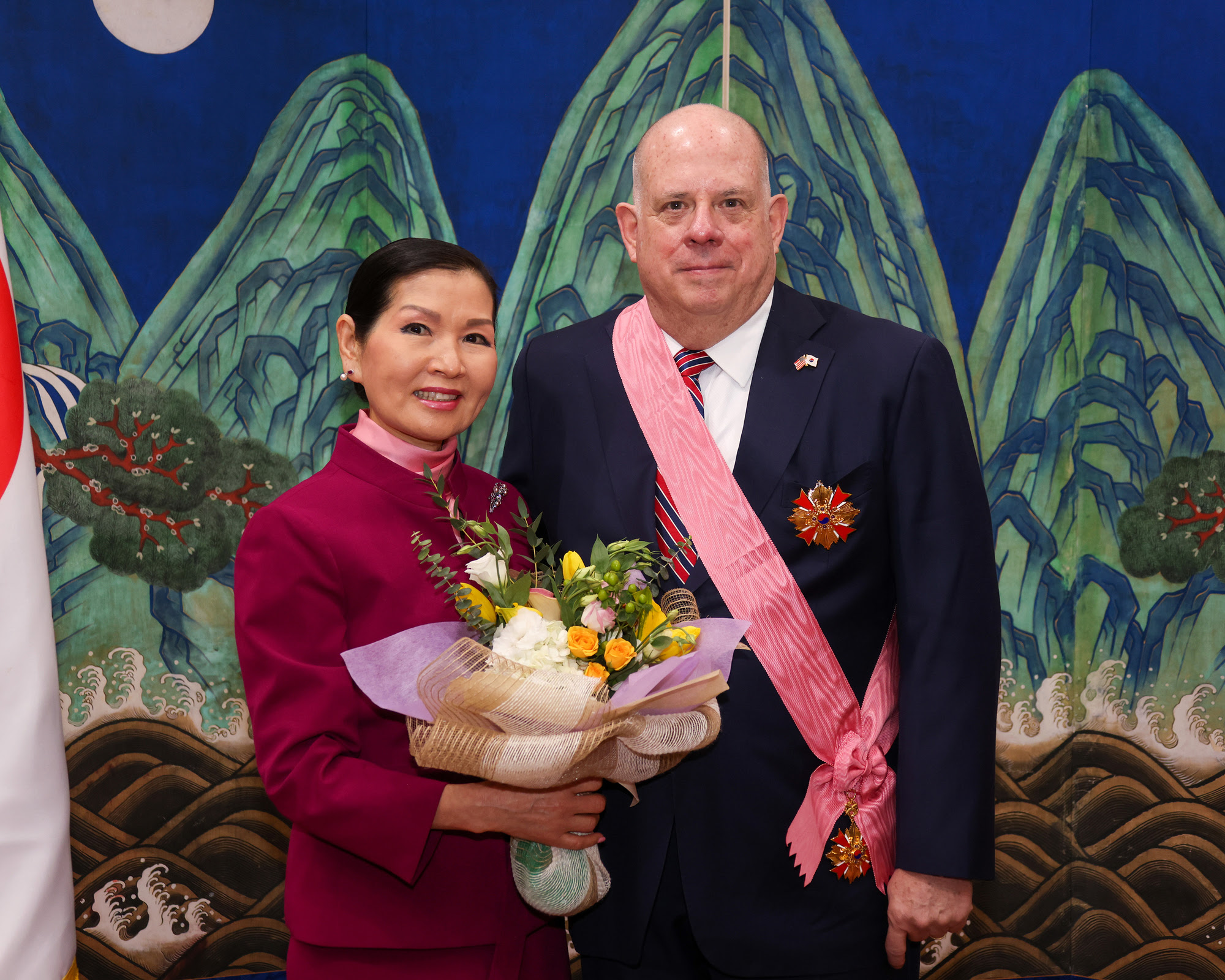 In Nov. 2020, First Lady Yumi Hogan was awarded the Camellia (Dongbaek) Medal at the Embassy of the Republic of Korea for her commitment to strengthening U.S.-Korea relations. As the nation’s first Korean-American first lady, she was the first Korean American from the Washington Metropolitan region to receive the nation’s most prestigious civilian honor.