ANNAPOLIS, MD—Governor Larry Hogan today vetoed the antidemocratic, gerrymandered congressional map passed along party lines by the Maryland General Assembly, and called on the Biden administration to immediately add the State of Maryland to its lawsuit against Texas for violations of the Voting Rights Act of 1965. The governor also continued urging lawmakers to take action on emergency crime legislation during the special session.

“The congressional map drawn in back rooms by party bosses in Annapolis makes a mockery of our democracy, and it is an embarrassment to all that our state stands for,” said Governor Hogan. “On behalf of all the people of Maryland who value fairness and integrity in our elections and in our political system, I am vetoing these disgracefully gerrymandered, illegal maps, which are a shameful violation of state and federal law.” 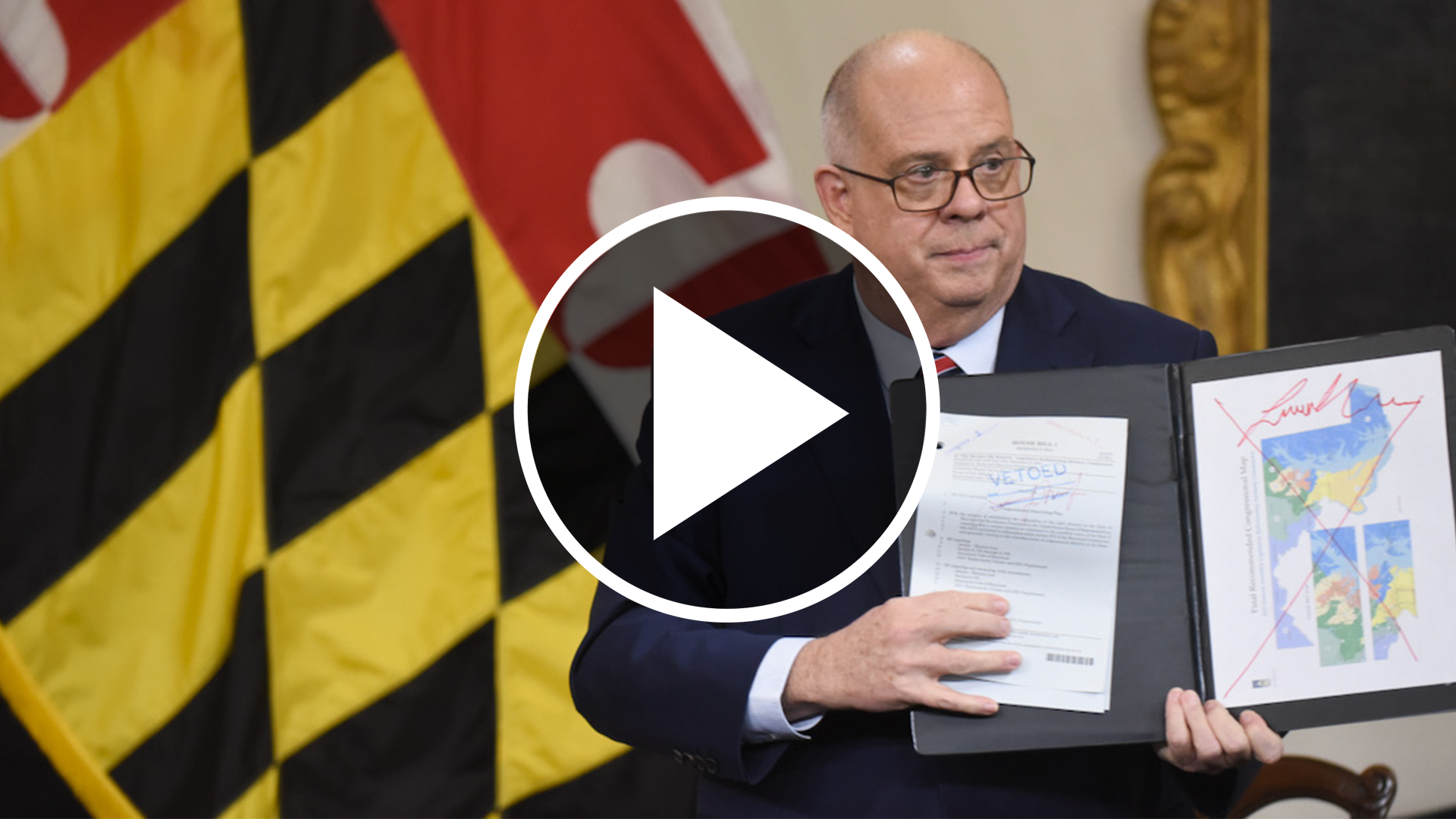 Vetoes Legislature’s Antidemocratic, Gerrymandered Congressional Map. The egregiously gerrymandered congressional map, passed by the legislature along party lines, has been universally panned and received an ‘F’ rating’ from the Princeton Gerrymandering Project. The legislature rejected the fair maps, written through an open and transparent process by the independent Maryland Citizens Redistricting Commission, which earned an ‘A’ rating from the Princeton Gerrymandering Project.

“Today, I am once again calling on city leaders and the city delegation to stop working against this legislation, and calling on legislative leaders across the state to finally take action on violent crime,” continued the governor. “The citizens will not be able to take back their streets and their communities without city leaders and legislators doing the jobs they were elected to do.”

The emergency crime legislation was introduced on the first day of the special session, but legislators have failed to take any action.

COVID-19 Update. During today’s announcement, Governor Hogan also provided an update on rising COVID-19 hospitalizations, which have doubled in the past three weeks, and urged all eligible Marylanders to get a booster shot as soon as possible to be protected from the virus and its variants.

In the days ahead, the Maryland Department of Health will be taking additional, immediate actions to give hospitals the resources they need to respond to this and future hospital surges.