ANNAPOLIS, MD—Governor Larry Hogan today announced a $150 million Re-Fund The Police Initiative to provide much-needed support and resources to state and local police agencies in their efforts to fight violent crime. Coming at an especially challenging time for members of law enforcement across the country, this initiative is the first in a series of announcements the governor will make to support the police and make neighborhoods safer.

“Trying to reduce crime by defunding the police is dangerous, radical, far-left lunacy,” said Governor Hogan. “The reality is that our police are underfunded and under attack. To reverse the tide of rising crime, we need to stop demonizing and sabotaging the dedicated men and women who risk their lives every single day to keep the rest of us safe. We cannot defund the police, we need to re-fund the police.” 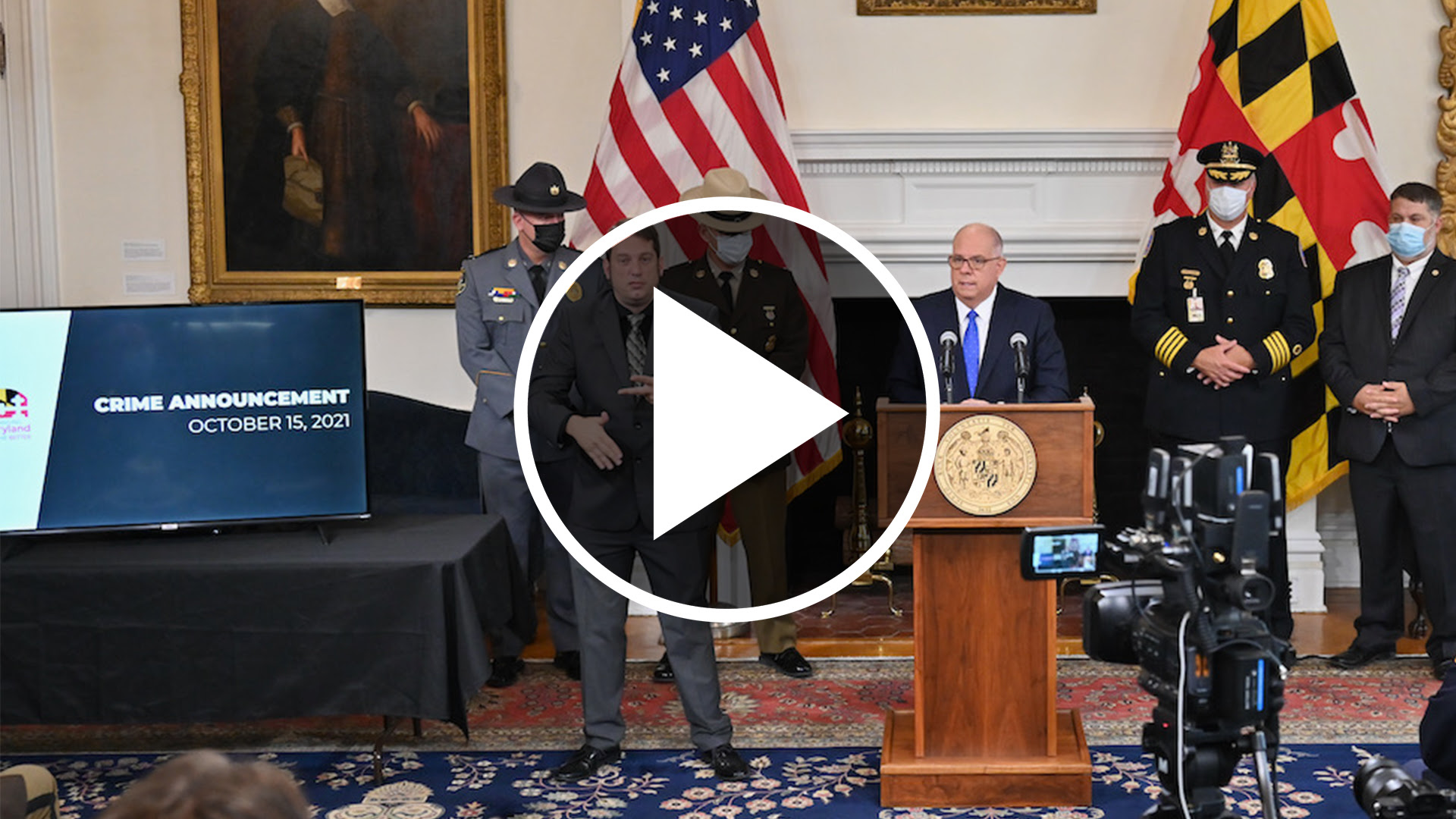 Last month, the governor sent a letter to Maryland’s congressional delegation noting that “if these devastating federal cuts are not reversed, these organizations will serve far fewer victims in the coming year and the progress we have made to build up the infrastructure and capabilities of these nonprofits will be greatly diminished.”

On Monday, Oct. 18, Governor Hogan will address a joint conference of the Maryland Chiefs of Police and Sheriffs Associations in Ocean City.