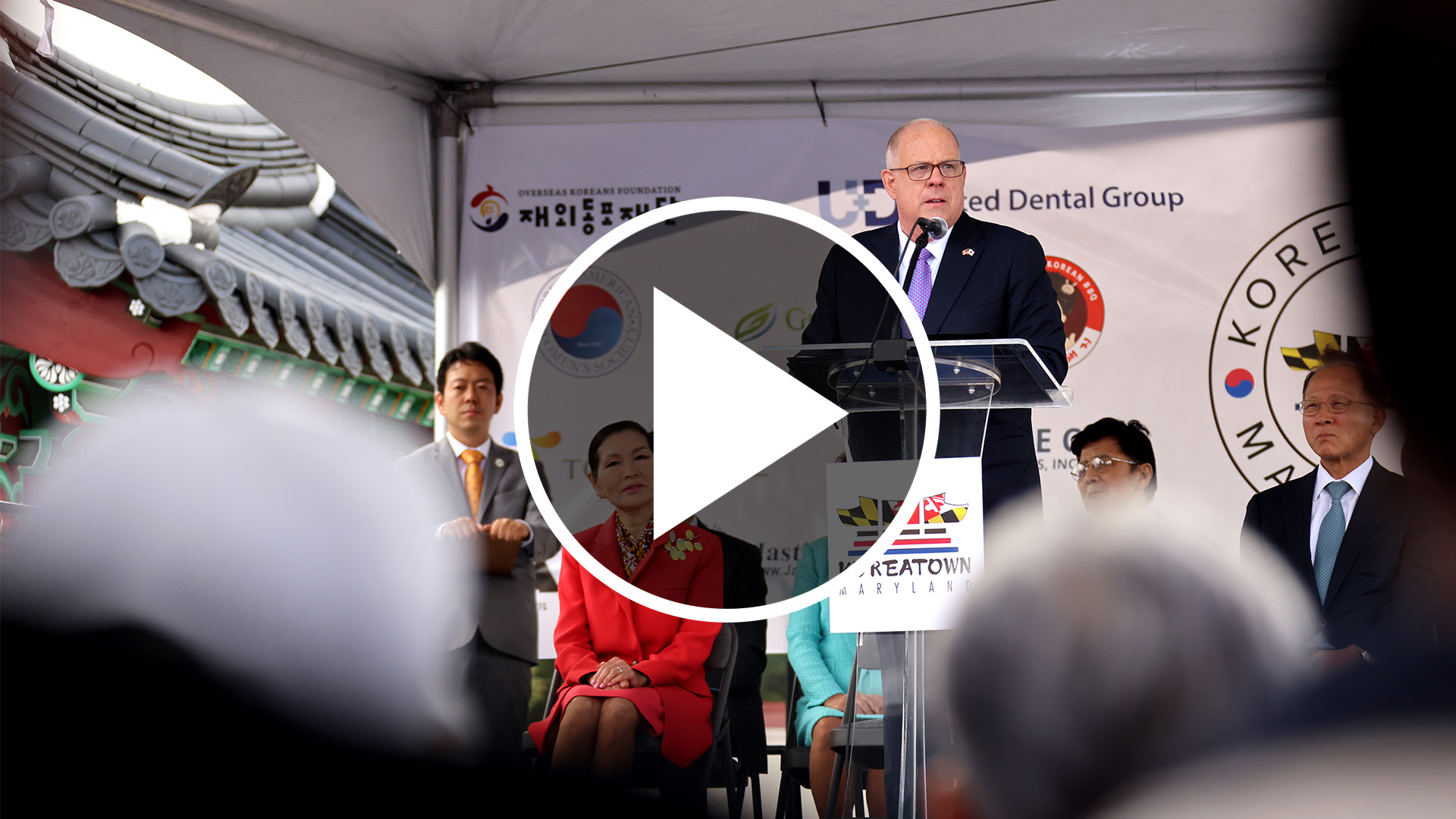 “With Maryland’s own Koreatown, even more Marylanders and visitors from all across the country will have the opportunity to show their support for all of the local businesses and learn more about this incredible Korean-American community, which contributes so much to our economy, our culture, and our society,” said Governor Hogan. “This project has been years in the making, and much of the thanks for its success goes to none other than Maryland’s First Lady, who has worked tirelessly to get this done.” Koreatown—which is marked by two Korean palace-style signs with pillars and a tiled roof—comprises the five-mile stretch along Route 40 in Ellicott City that is home to 170 Korean businesses. The area, which the governor dedicated as ‘Korean Way’ in 2016, is home to roughly 12,000 Korean-Americans. Today’s opening ceremony included remarks by Governor Hogan, Ambassador Lee, County Executive Ball, followed by a ribbon cutting, a Korean traditional dance performance, a Taekwondo demonstration, and a Korean traditional percussion music performance. The project is overseen by the Koreatown Planning Committee Board, and represents an international partnership between the Republic of Korea and its Ministry of Foreign Affairs, the State of Maryland, and Howard County. Last November, the First Lady received the Order of Civil Merit of the Republic of Korea—its highest and most prestigious civilian honor—in recognition of her commitment to serving the Korean-American community and strengthening ties between the United States and the Republic of Korea.

Earlier this year, Governor Hogan and the First Lady visited the area that is now designated as Koreatown to meet with local business owners and residents following a rise in anti-Asian violence and discrimination. In May, they participated in a groundbreaking ceremony for a new Wall of Remembrance at the Korean War Veterans Memorial in Washington.