Honors 13 Guard Members Who Died In Service to the Nation Since September 11, 2001 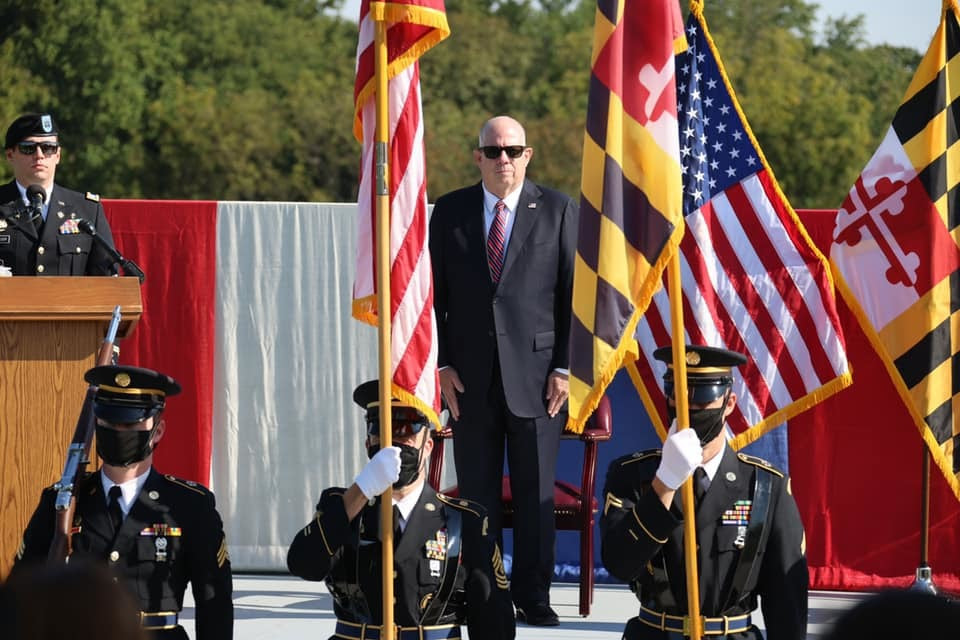 Following are Governor Hogan’s remarks, as prepared for delivery:

“It is my honor to be here, on behalf of all the people of Maryland, as we pay tribute to the 13 citizen soldiers of the Maryland National Guard who have died in service to our nation since September 11, 2001.

“Twenty years have passed since that darkest of days, but those of us who lived through it still feel the shock, the grief, and the anger of that day just as acutely.

“In New York City, Washington, DC, and just outside of Shanksville, Pennsylvania, 2,977 people were killed on 9/11.

“Among them were 69 Marylanders, including 3-year-old Dana Falkenberg and her 8-year-old sister Zoe from University Park, who were traveling to Australia with their parents, Charles and Leslie, when their plane—American Airlines 77—was hijacked by terrorists and crashed into the Pentagon.

“Chief Warrant Officer Bill Ruth of Mt. Airy was a veteran of two wars. He served in Vietnam and remained in the Army Reserves, only to be called up and pulled from his job teaching Social Studies to serve in the Gulf War. After Bill retired, he took an Army job at the Pentagon. On 9/11, he’d just returned from a trip to his family’s summer cottage and decided to get to work early to catch up from his vacation. He was one of 184 people killed at the Pentagon that day.

“As was Odessa Morris, who lived in Upper Marlboro and worked at the Pentagon as a budget analyst for the U.S. Army. September 11, 2001 was her 25th wedding anniversary, and she was planning to leave work early for a celebratory dinner with her husband. But Odessa never made it home.

“Joe Maggitti was an insurance executive who lived in Abingdon with his wife and two children. On the morning of September 11th, he was visiting his company’s headquarters on the 94th floor of the north tower of the World Trade Center when the first plane struck.

“Twenty years later, we remember every single life cut so tragically short, but also the lasting legacy of service and heroism that honors the memories of our 13 fallen heroes, and all of the other countless heroes. From the firefighters, police, and rescue workers who rushed to care for the injured and search for the missing, to the brave men and women who decided that day, and in the harrowing days after, to sign up to defend this great nation from another attack.

“Heroes like Major Robert Marchanti, a Baltimore County gym teacher who stepped away from his Guard service in the 1990s only to feel the call to serve once more after the 9/11 attacks. Robert was deployed first to Kosovo, and then on the tenth anniversary of 9/11, he was sent to Afghanistan, where he was known to wear a Ravens jersey underneath his combat gear. Five months into his deployment, Robert made the ultimate sacrifice when he was killed during a shooting inside the Afghan interior ministry in Kabul.

“And we honor heroes like Staff Sergeant Michael McMullen, a beloved firefighter and paramedic for the Salisbury Fire Department. On Christmas Eve 2005, Michael was serving near Ramadi, Iraq, when he and members of his company hit a roadside bomb. Michael immediately jumped into action. He pulled an injured soldier from the burning vehicle, put out the flames, and then used his own body to cover the injured man when a second IED detonated. Sergeant McMullen died from the wounds he received that day, but he was posthumously awarded a Silver Star for gallantry under fire. The soldier he saved stood by as Michael was laid to rest at Arlington National Cemetery.

“Twenty years ago—a generation ago—we said that we would never forget, and we haven’t. I pray that we never will.

“God bless each of the 13 souls we remember today. God bless their families, their loved ones, and all of our fallen heroes. And may God continue to bless the great State of Maryland, and the United States of America.” 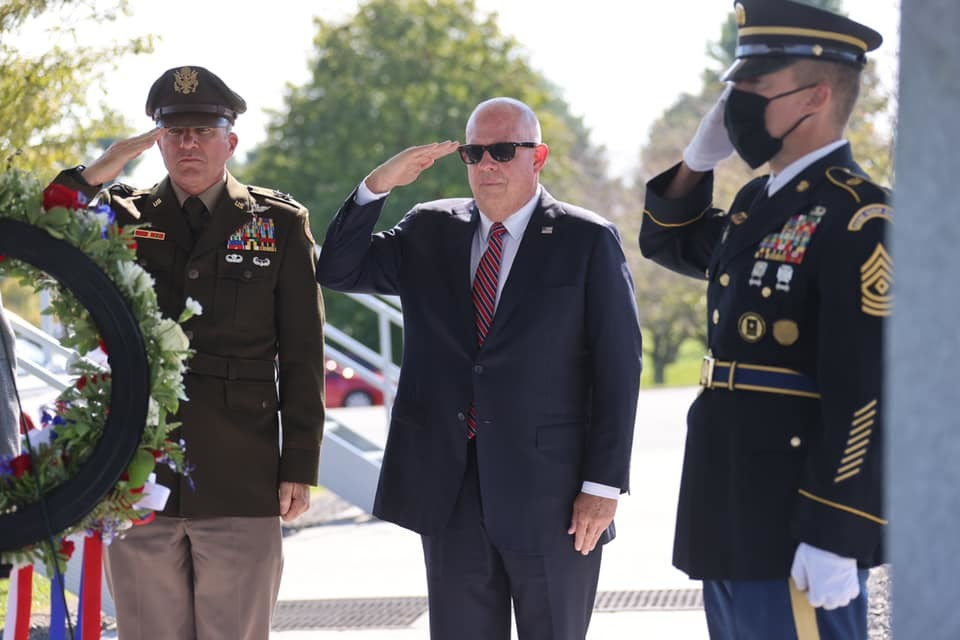 The 13 members of the Maryland National Guard who were honored today include: