“This is a great day for the Port of Baltimore and for the men and women who make up its outstanding workforce,” said Governor Larry Hogan. “The Port’s container business has grown impressively in recent years and is poised to grow even more with the addition of these new ultra-large cranes. Thanks to our MDOT MPA team and our partners at Ports America Chesapeake, the Port of Baltimore is well-positioned to continue as one of Maryland’s prime economic engines.” 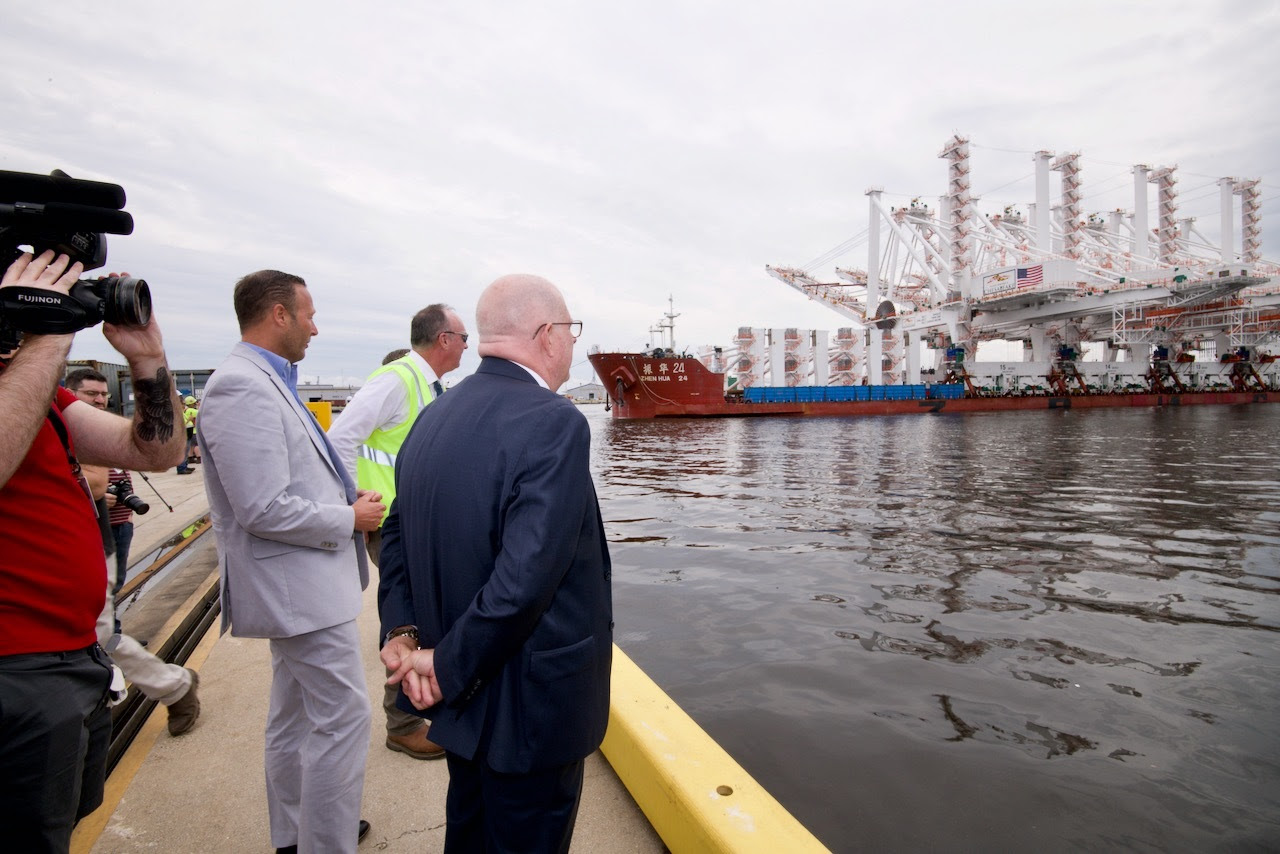 The new cranes are fully electric, measure 450 feet tall, and weigh approximately 1,740 tons, making them 25 feet taller and 190 tons heavier than the Port’s first set of Neo-Panamax cranes that arrived in 2012. The new cranes can each extend to reach 23 containers across on a ship and lift 187,500 pounds of cargo. Ports America Chesapeake will test and prepare the cranes over the next few months, and they are expected to be fully operational in early 2022. 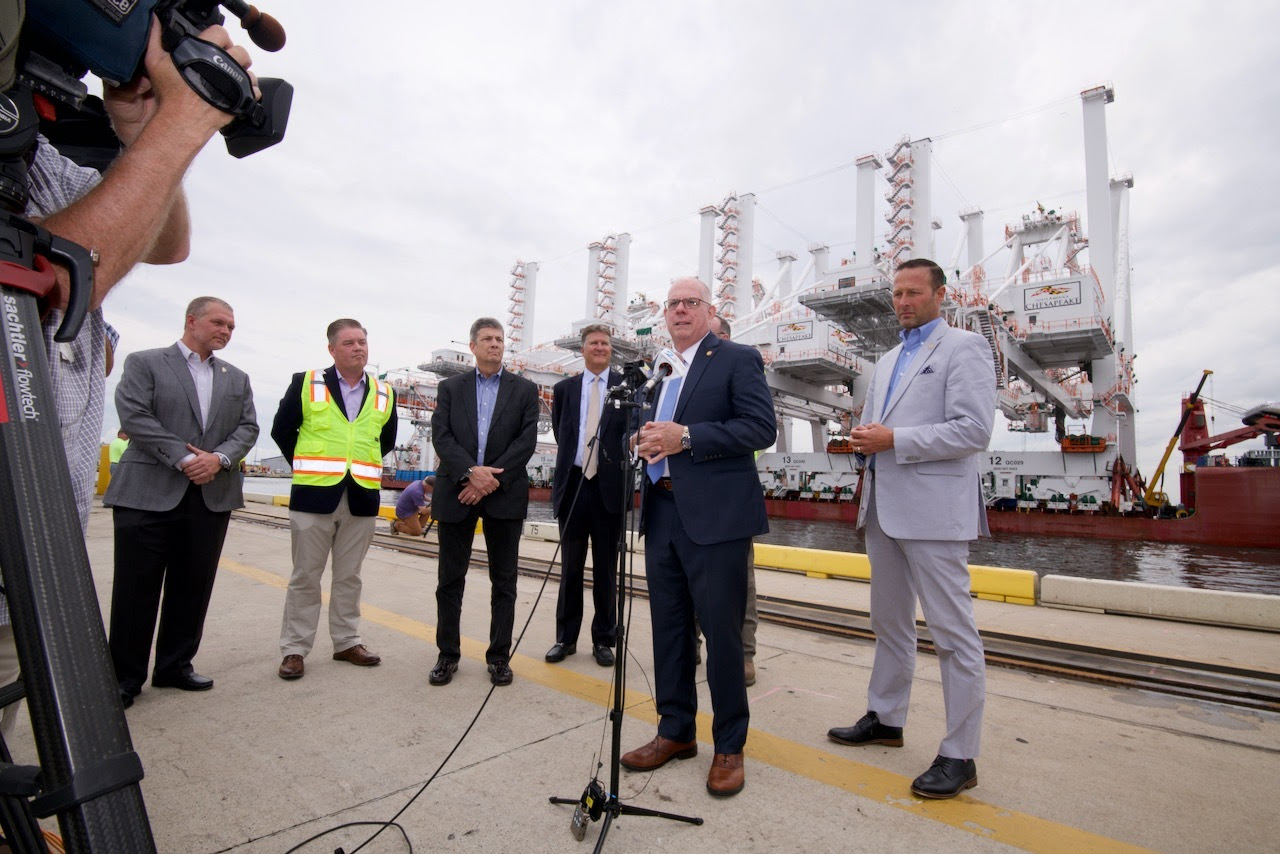 The additional cranes are part of a significant expansion by Ports America Chesapeake at Seagirt to provide greater capacity and efficiency to handle anticipated increases in container volumes. The $166 million investment in terminal and yard upgrades includes a second, 50-foot-deep berth to accommodate mega-ships; new container handling equipment such as 15 hybrid-electric gantry cranes; and a new truck gate complex. 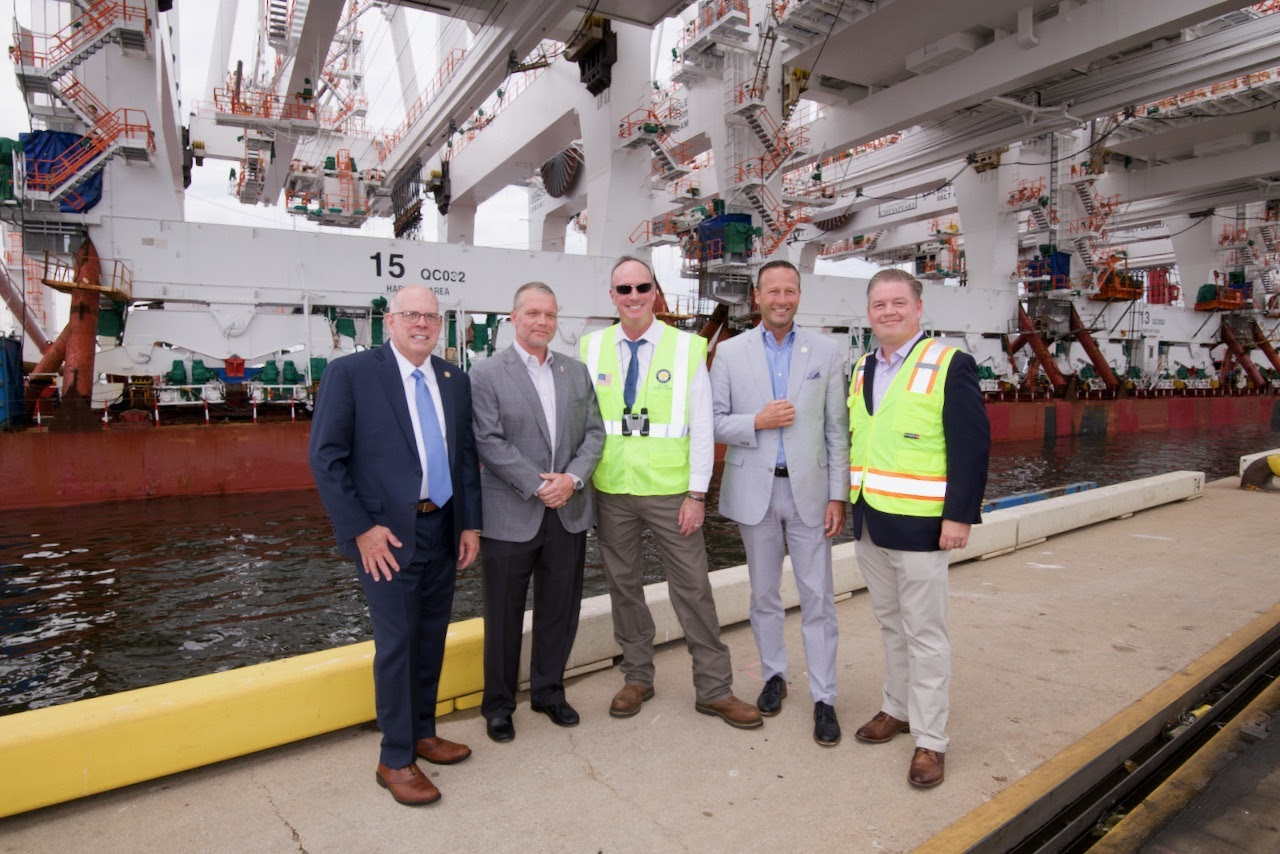 Complementing the new Seagirt berth is the expansion of Baltimore’s Howard Street Tunnel, which will allow for double-stacked container rail cars to travel to and from the Port, clearing a longtime hurdle and giving the East Coast seamless double-stack capacity from Maine to Florida. The Howard Street Tunnel project, which received final federal environment approval in June, benefits from public-private investment from the State of Maryland, the federal government, and CSX. It is expected to increase the Port’s business by about 160,000 containers annually, and generate approximately 6,550 construction jobs and an additional 7,300 jobs from the increased business. 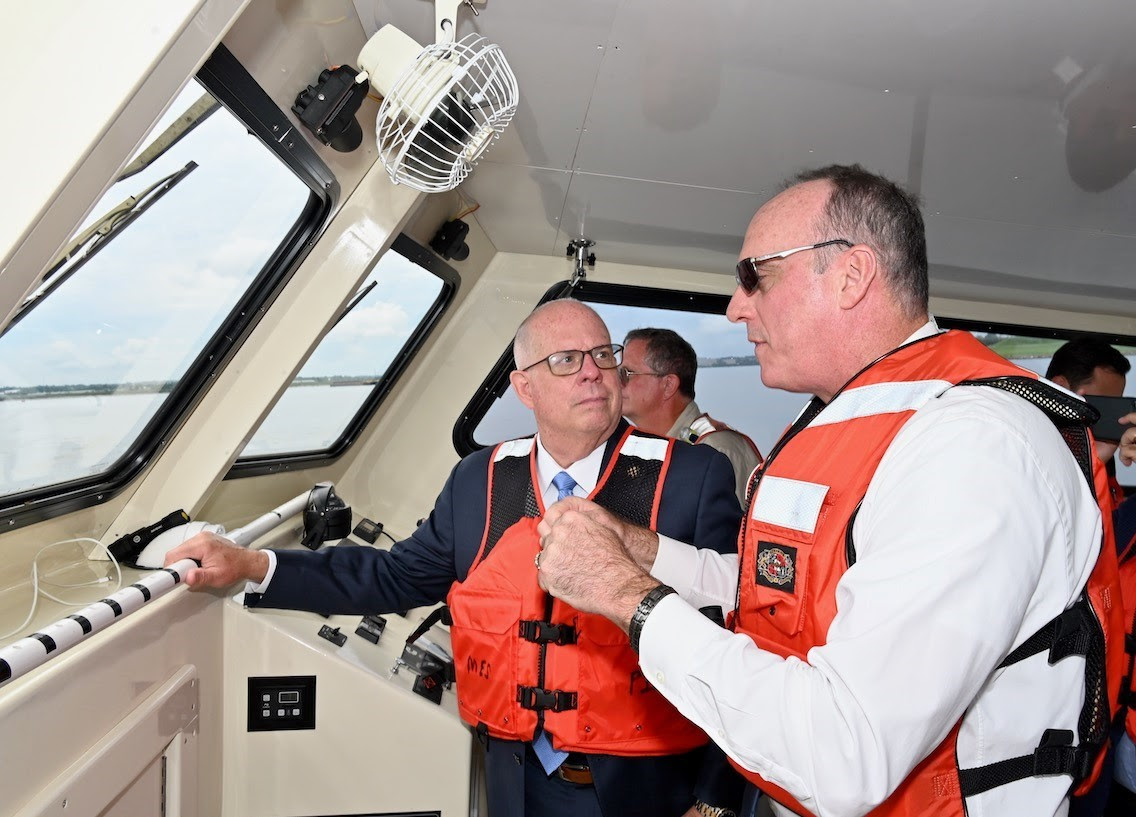