ANNAPOLIS, MD—Governor Larry Hogan today welcomed U.S. Transportation Secretary Pete Buttigieg to Maryland’s Helen Delich Bentley Port of Baltimore. During the visit, the governor touted the Port as an example of successful infrastructure investment, lauded leaders in Washington on reaching a bipartisan federal infrastructure package, and urged Congress to swiftly pass the agreement. This was Secretary Buttigieg’s first visit to a port since taking office earlier this year.

“After years of work and months of negotiations, we have finally reached agreement on a bipartisan federal infrastructure package that will make generational investments in our roads, bridges, ports, airports, waterways, and cyber defenses,” said Governor Hogan. “The conventional wisdom was that this couldn’t possibly be done in a bipartisan way, but there was a small group of us who kept working around the clock to get this done.” 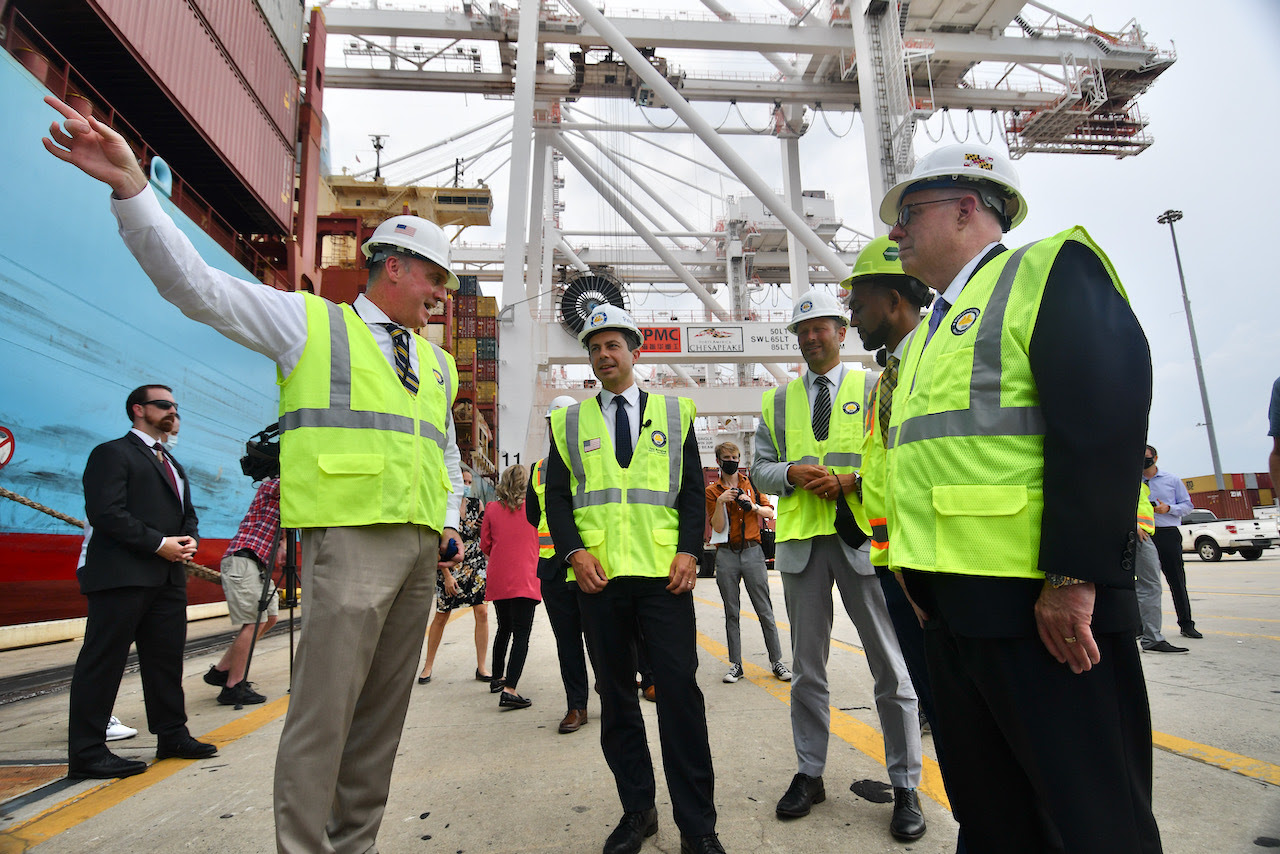 “Today’s visit was a wonderful opportunity to show Secretary Buttigieg one of our nation’s busiest and most productive ports, and show how federal funding is helping us improve key rail and terminal infrastructure, generate thousands of jobs, and grow the economy,” said Maryland Port Administration Executive Director William P. Doyle. “We thank the secretary for making time in his busy schedule to visit the Port of Baltimore.” 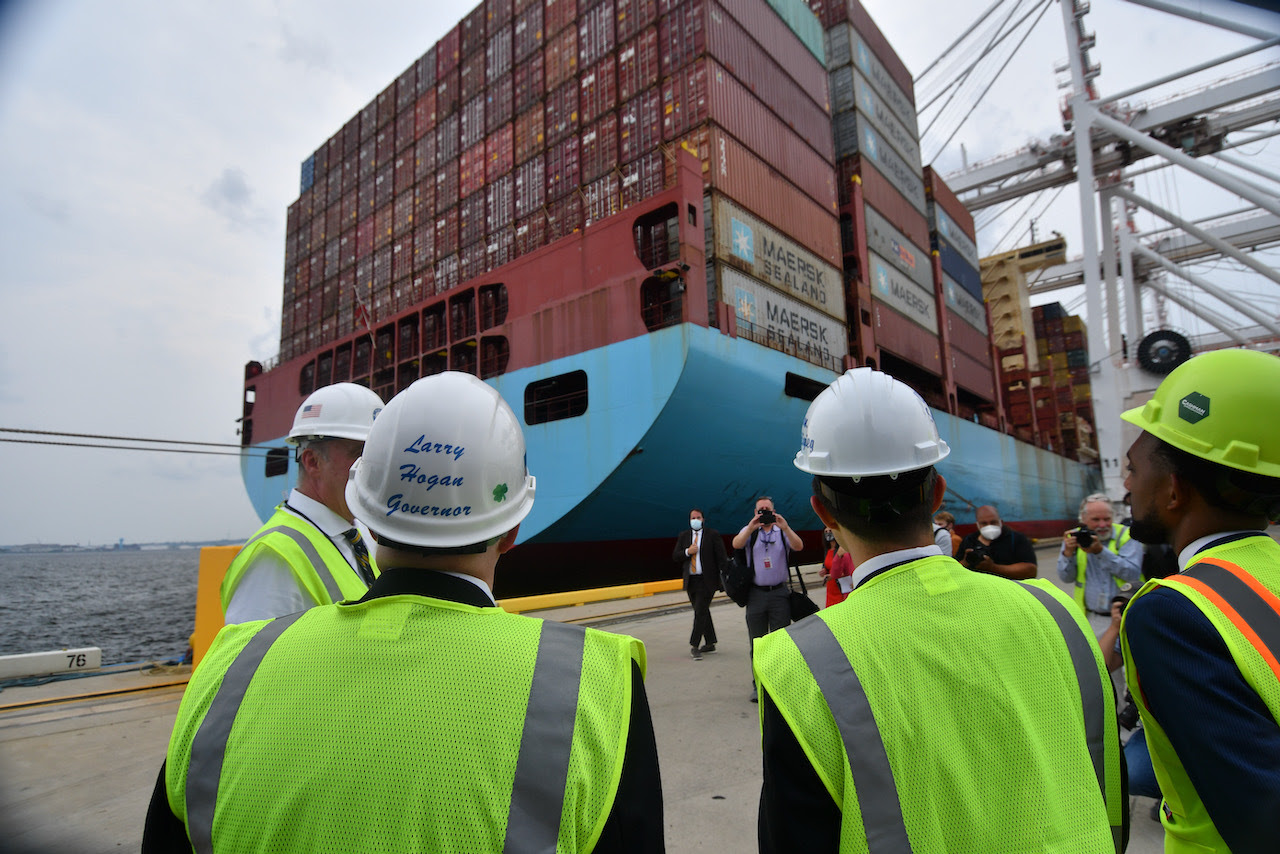 The Port of Baltimore generates about 15,300 direct jobs, with nearly 140,000 jobs overall linked to Port activities, and handles more cars, light trucks, and roll on/roll off cargo than any other port in the United States. Governor Hogan, Secretary Buttigieg, and other officials discussed major infrastructure projects that will expand capacity, business, and jobs at the Port of Baltimore:

A second 50-foot-deep berth at Seagirt

An additional 50-foot-deep berth at Seagirt will be fully operational by the end of 2021 and will allow the Port to accommodate two supersized ships simultaneously. Dredging was completed in April and four Neo-Panamax cranes will arrive in Baltimore early in September. The project is part of a $122.1 million investment, with $105 million from Ports America, $10.5 million from Maryland, and $6.6 million in grant funding from the USDOT Better Utilizing Investments to Leverage Development (BUILD) program.

Expansion of the Howard Street Tunnel

The expansion of the Howard Street Tunnel in Baltimore is slated to begin construction this fall. In June, the governor announced that the project will reconstruct the 126-year-old CSX-owned tunnel to allow double-stacked container trains to serve the Port of Baltimore and will open the entire East Coast to double-stack rail service. The project will generate 6,550 construction jobs and an additional 7,300 jobs coming from increased business. Funding includes $202.5 million from Maryland, $125 million in a federal Infrastructure For Rebuilding America (INFRA) grant, $113 million from CSX, $22.5 million from Pennsylvania, and $3 million in federal highway funding.

The Port of Baltimore is continuing its strong recovery from the impacts of COVID-19 on the international maritime industry. All of the Port’s key cargo commodities at the state-owned public terminals have increased since the height of the pandemic in May 2020. The May 2021 general cargo figures actually eclipsed pre-pandemic numbers—up 2% over May 2019—and roll on/roll off farm and construction equipment was up 1.2% compared to the same period in 2019.