ANNAPOLIS, MD—Governor Larry Hogan today delivered remarks at the Maryland State Police 152nd Academy Class Graduation ceremony and assisted in the presentation of badges and diplomas to the 46 graduating troopers. This year’s graduation ceremony was held at Merriweather Post Pavilion. 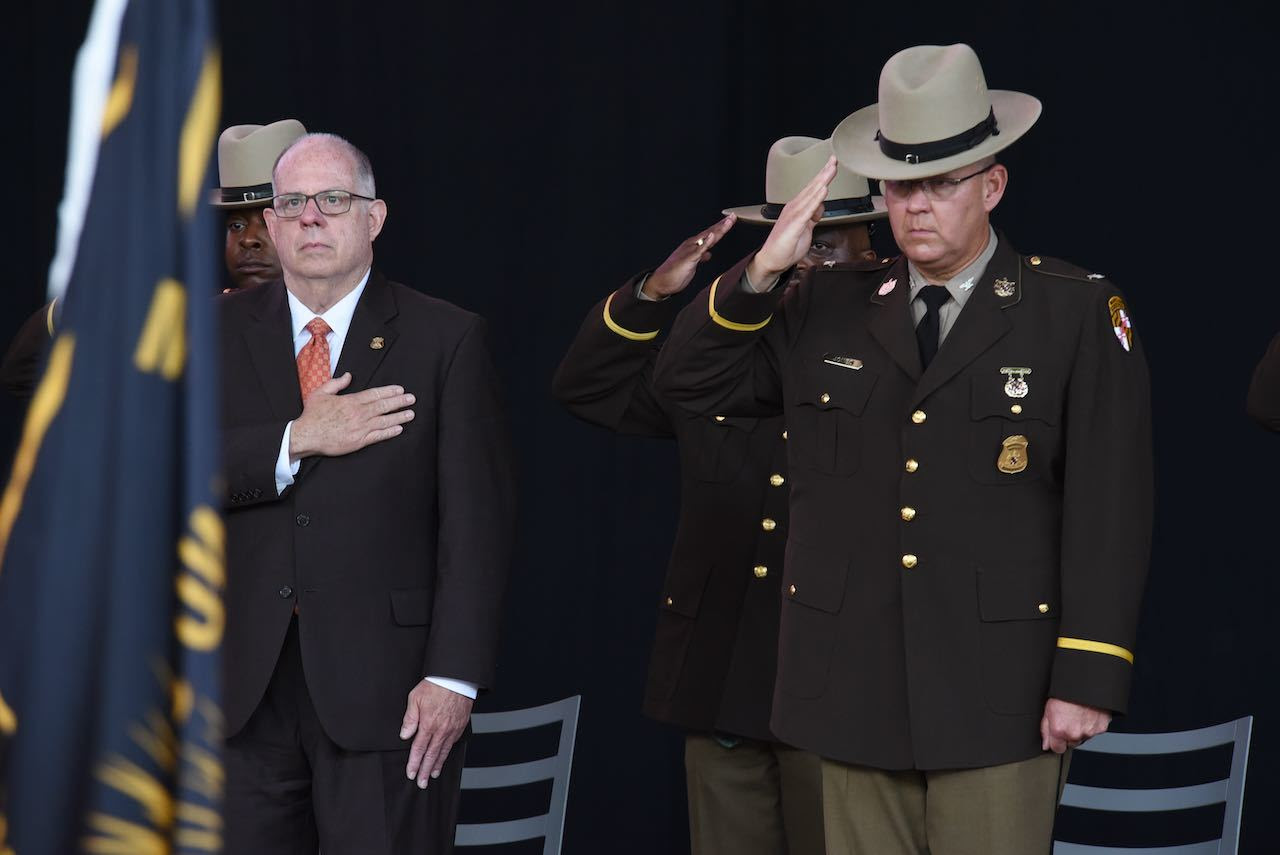 “This class has the distinction of beginning almost exactly 100 years after the very first MSP academy class, and now, after you take the oath here today, Class 152 will be charged with leading this agency into its next century of service—a task for which I know that you are both well equipped and well prepared,” said Governor Hogan. “Congratulations on your accomplishment, and on behalf of all the people of an incredibly proud and grateful state, we wish each of you success, safety, and godspeed.” 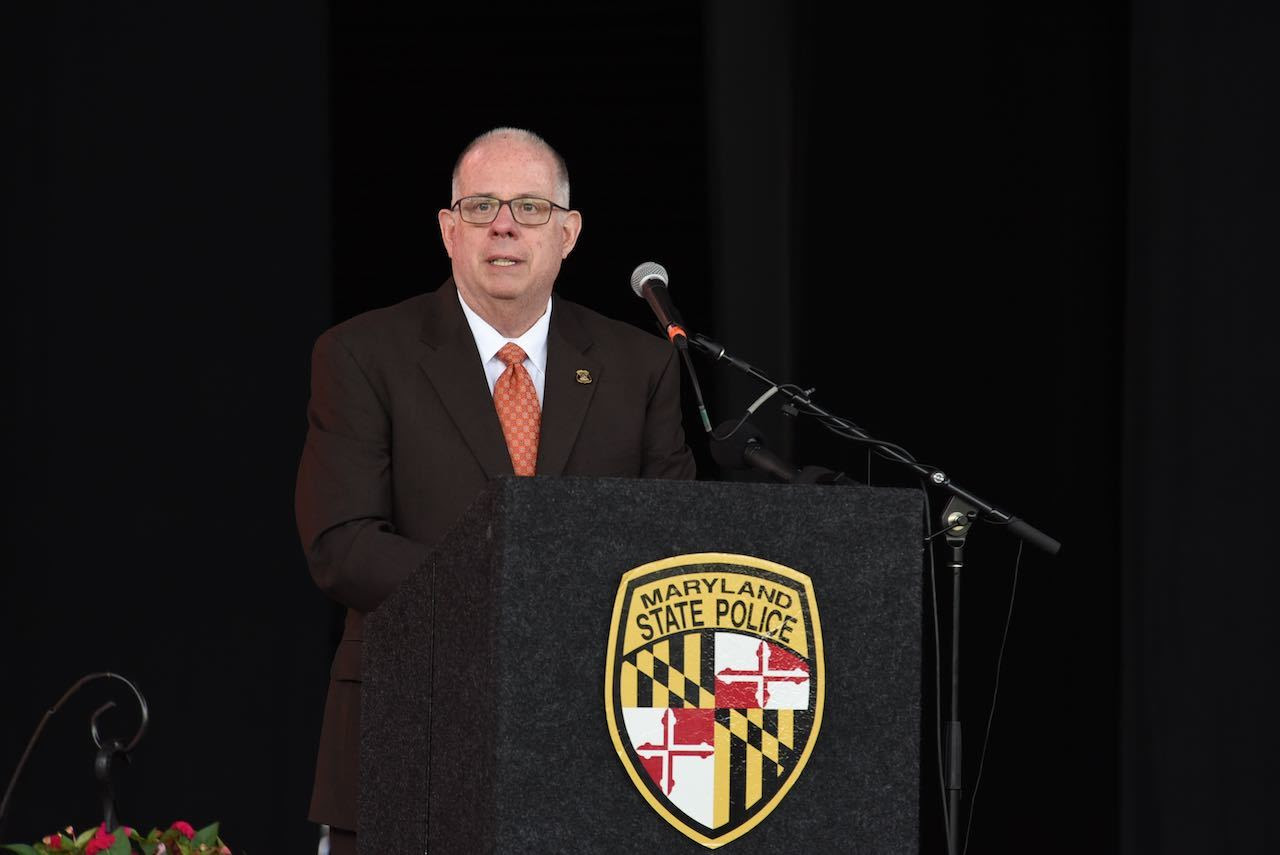 The 46 members of Trooper Candidate Class 152 completed 27 weeks of a residential police training academy, known as one of the most intense and comprehensive state police training programs in the country. Trooper candidates received instruction in criminal and traffic laws, emergency care, emergency driving, physical training, and scenario-based training that included de-escalation and conflict resolution. 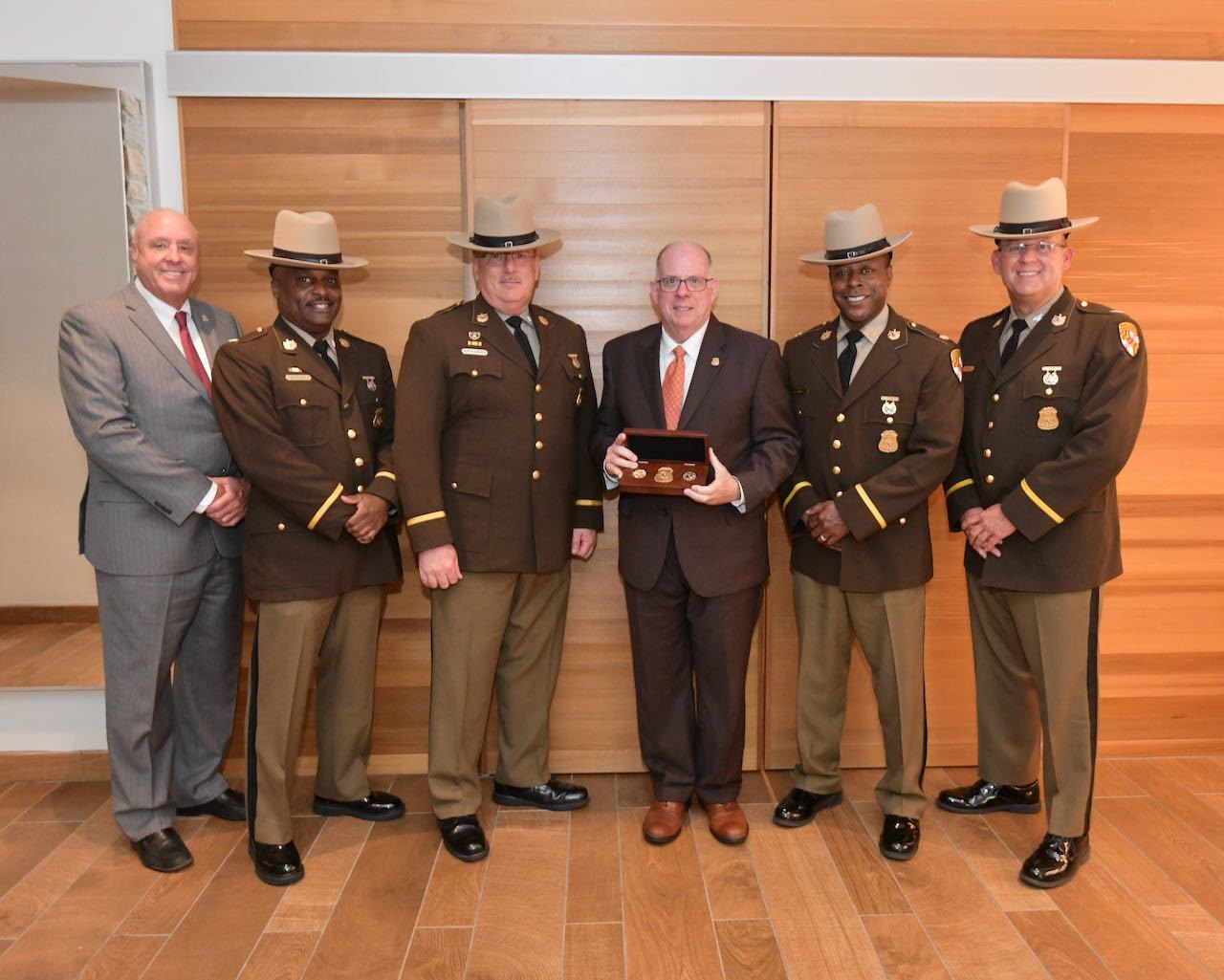 This year marks the 100th anniversary of the founding of the Maryland State Police. The department was created in 1921 by Governor Albert Ritchie to provide quality public safety services and better protect the people of Maryland. At the end of today’s ceremony, Governor Hogan was presented with a commemorative 100th anniversary badge in recognition of his support for the Maryland State Police and law enforcement.