ANNAPOLIS, MD—On the final day of the 2021 legislative session, Governor Larry Hogan today hailed it as the most successful and productive session since he became governor.

“We’re very happy to have the legislative session coming to a close. I think it was a terrific session. I want to thank legislative leaders and legislators on both sides of the aisle for their hard work over the past 90 days. I would say this was by far our best legislative session ever in seven years.

“The most successful, biggest progress we had, I would say, is the RELIEF Act, which was our number one priority during this pandemic. It was the largest tax cut in Maryland history—$1.45 billion. It helped small businesses, helped put people to work, helped struggling Marylanders, helped people at every level. That was really the highlight of the session.

“But we also found bipartisan agreement, unanimously, on our budget, which utilized all of the federal funding that came through, and really helped put our state in a much better position, putting away money in the Rainy Day Fund, and in our fund balance. We’re in much stronger financial shape now than we have ever been as a state. So, a lot of good progress, we worked together on a lot of things. We’ve record-funded education for the seventh year in a row. I just want to thank everybody for their hard work.” 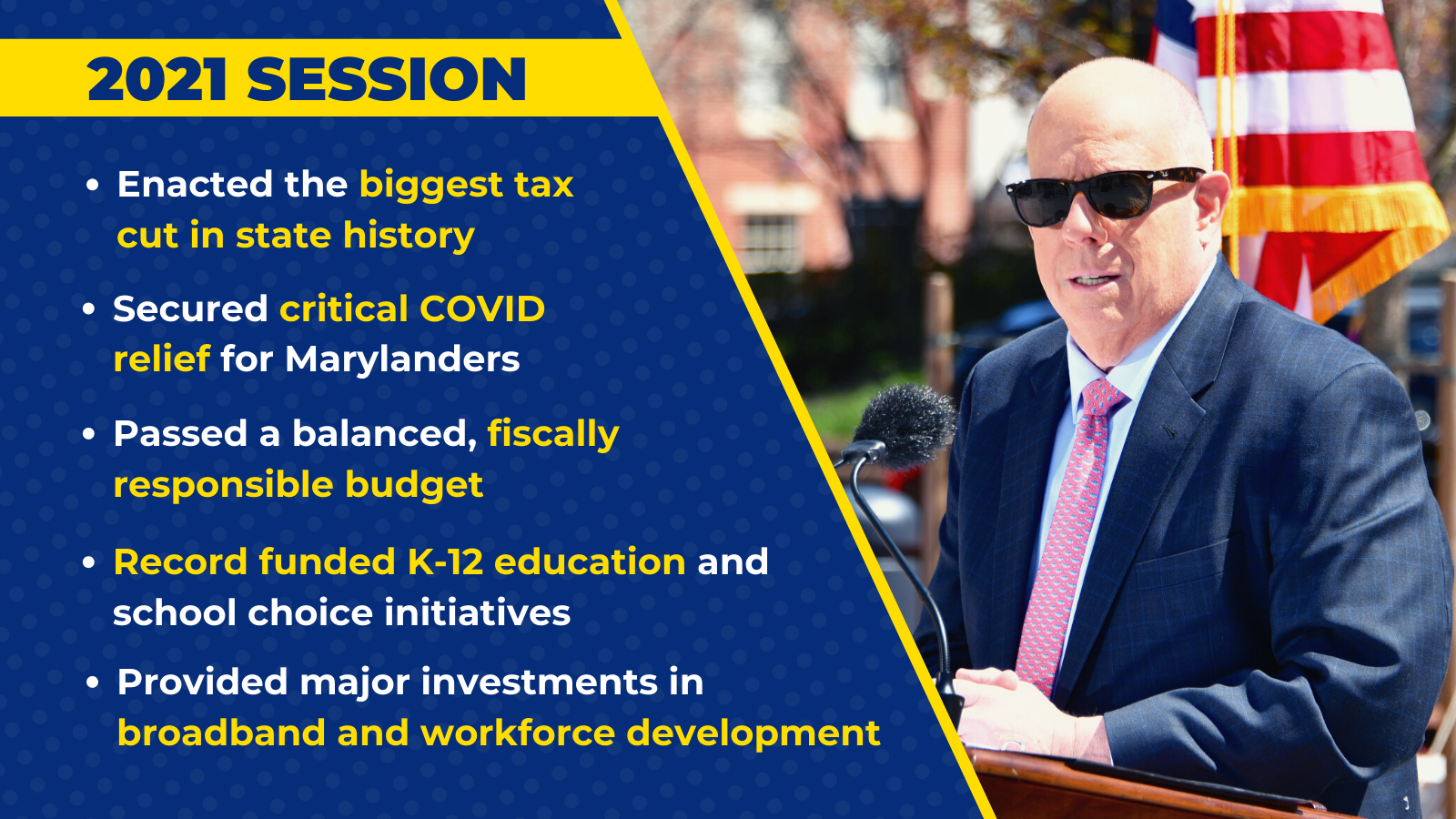