ANNAPOLIS, MD—Governor Larry Hogan and state leaders today participated in a ribbon cutting ceremony to mark the rededication of historic Lawyers Mall outside the Maryland State House in Annapolis.

The redesign of Lawyers Mall, which once served as the site of the Court of Appeals, took place in conjunction with a project to repair and replace the underground utility infrastructure which provides power, steam, and water to the State Government Complex. The project also upgraded the layout and accessibility of the Thurgood Marshall Memorial, designed by Antonio Tobias Mendez, a sculptor from Washington County. Read more about Lawyers Mall. 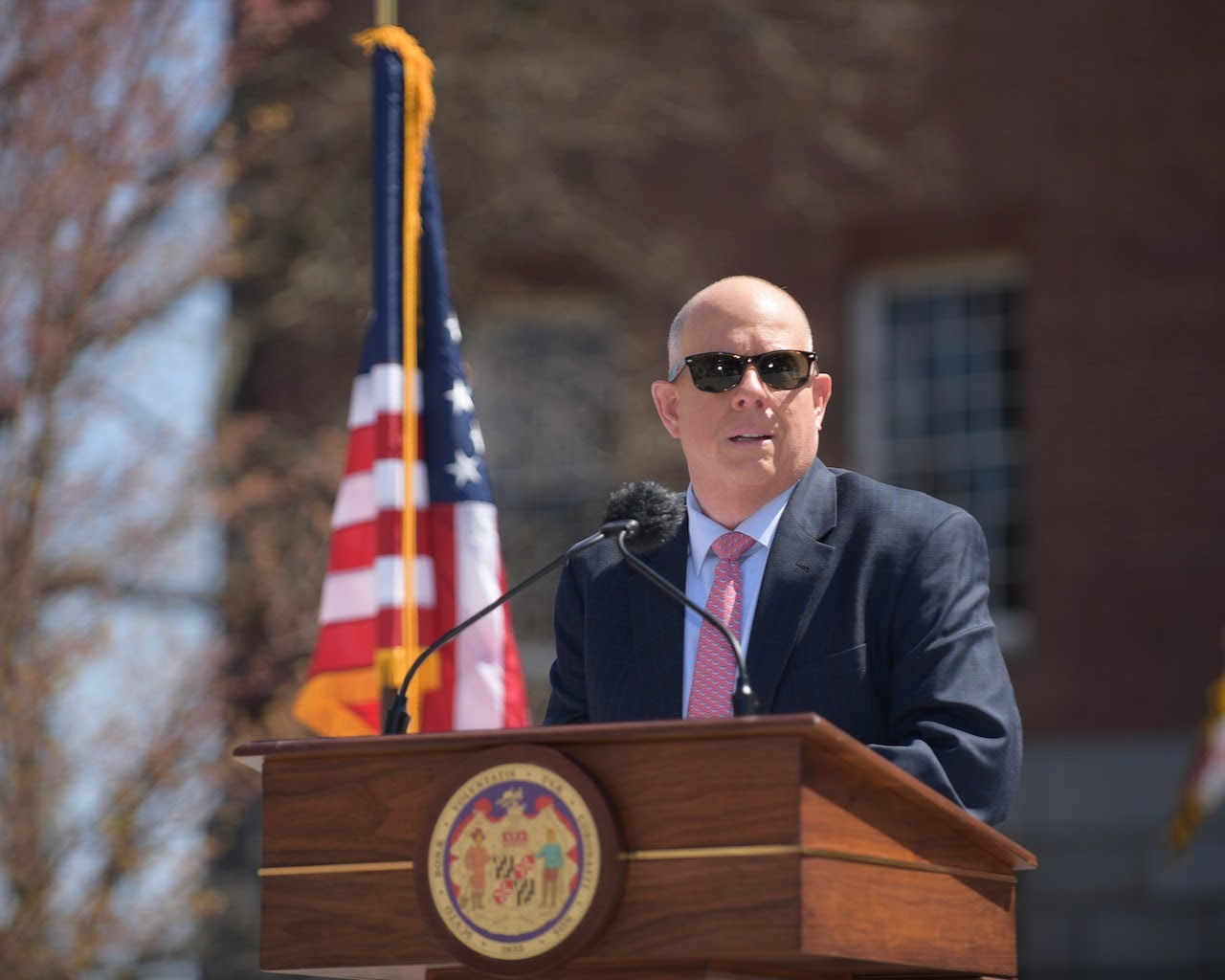 “Since its creation in 1973 after the demolition of the old Court of Appeals building, Lawyers Mall has been a central symbol of democracy here in our state capital, and a space where countless Marylanders have gathered to exercise their first amendment rights,” said Governor Hogan. “On this beautiful spring day, the rededication of Lawyers Mall is a symbol that democracy is still alive and well in Maryland, and that there truly are brighter days ahead, and that each day now brings us closer to that light at the end of the tunnel.”

“With the combined efforts of The State House Trust and General Services, we have transformed Lawyers Mall into a more efficient and modern gathering space,” said Lt. Governor Boyd K. Rutherford, chair of the State House Trust. “Lawyers Mall has been a focal point of our State Government Complex for decades, and will continue to be so for generations to come.”

“Lawyers Mall is a constant reminder of the power of the First Amendment, and the rights of the people to redress their government,” said Senate President Bill Ferguson. “In times where electronic communication is fastly becoming the norm, this area, and the statue of Thurgood Marshall are a constant reminder of the force for good that government can be, and the essential power of the people as a part of that process.”

“Lawyers Mall is a meaningful reminder that we stand on the shoulders of those who came before us,” said Speaker Adrienne A. Jones “We still strive to meet the equal society that Justice Marshall fought for. I also want to remember the contributions of Speaker Mike Busch and Senate President Thomas V. “Mike” Miller to reinvigorate a space that is dedicated to civil rights legacy and civic engagement.”

“General Services takes great pride in Lawyers Mall as well as the entire Annapolis complex,” said General Services Secretary Ellington E. Churchill, Jr. “By investing in the replacement and improvement of Lawyers Mall and our underground utility distribution system, the Annapolis campus will gain a stable system for the next 25-30 years that will provide a comfortable environment for staff and visitors alike.”

The newly redesigned Lawyers Mall has been updated with multiple amenities and accommodations that were not featured in the previous design. The total square footage of assembly space has been increased from 2,000 sq. ft. to 6,000 sq. ft., allowing groups of up to 1,200 people to comfortably gather. The new design also includes a natural speaker podium, as well as an abundance and variability of seating options.

“The State Archives, and the Maryland Commission on Artistic Property, were very gratified to work with the Department of General Services to preserve artist Toby Mendez’s original vision for the Thurgood Marshall Memorial within this space,” said Elaine Rice Bachmann, Deputy State Archivist and Secretary, State House Trust. “The success of the new design is in large part due to Mr. Mendez’s collaboration with the landscape architects, Ziger/Snead, to make adjustments without compromising the artistic integrity of the 1996 design.”

The redesign of Lawyers Mall removed and limited the number of steps and ramps to make the space more accessible and easier to maintain. The project also allowed for the opportunity to integrate a snow melt system into the design as well as sustainable stormwater features.