Governor Hogan Announces Milestones of More Than 50,000 Vaccines Administered In One Day, More Than 1.5 Million Total

ANNAPOLIS, MD—Governor Larry Hogan today announced that the State of Maryland is reporting 50,484 doses of COVID-19 vaccines administered over the past 24 hours—breaking its single-day record and exceeding 50,000 for the first time—as the state surpassed 1.5 million vaccines administered to date.

“As promised, we have built the infrastructure to do more than 50,000 shots a day, and we are ready to do 100,000 shots a day as soon as the federal government can get us that level of supply,” said Governor Hogan. “After a year of hardship and grief, these incredible strides in our vaccination campaign bring us closer to a return to normalcy with each passing day. I want to thank all of our vaccinators on the front lines who are working around the clock to get shots into arms.” 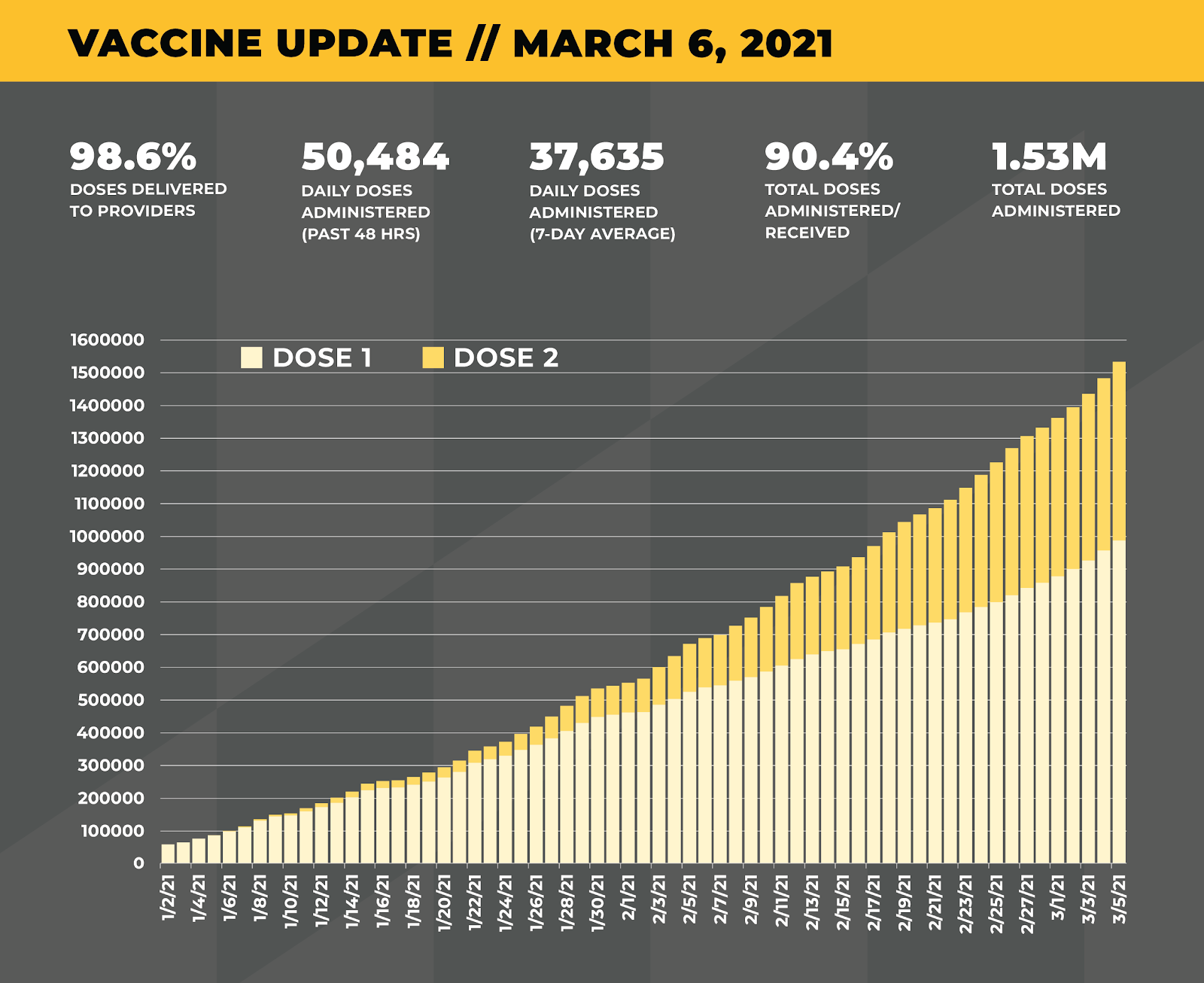 While the vaccination rate rises, the state’s key COVID-19 metrics continue to decline. COVID hospitalizations fell again today to 830, the lowest level since November 11, and down 57% from the third wave high. The 7-day positivity rate (3.35%) and case rate per 100K (12.6) are at late October levels. Official data is posted daily at coronavirus.maryland.gov.

These latest milestones follow a week of significant expansions of the vaccination effort: