ANNAPOLIS, MD—During ceremonies today at the French Ambassador’s residence in Washington, D.C. and the U.S. Embassy in Paris, Governor Larry Hogan and President Xavier Bertrand of the Hauts-de-France region in France signed a Sister State memorandum of understanding.

“I have always believed in the value and importance of looking outside our borders to build strong, productive, and mutually beneficial international partnerships,” said Governor Hogan. “We look forward to continuing to promote that with the people of Hauts-de-France for many years to come.”

Governor Hogan was joined in Washington by Philippe Étienne, Ambassador of France in the United States; Consul General of France, Francois Penguilly; and Maryland Secretary of State John Wobensmith. The signing ceremony in Paris was attended by President Bertrand; Jamie McCourt, United States Ambassador in France; and Francois Decoster, Mayor of St. Omer. 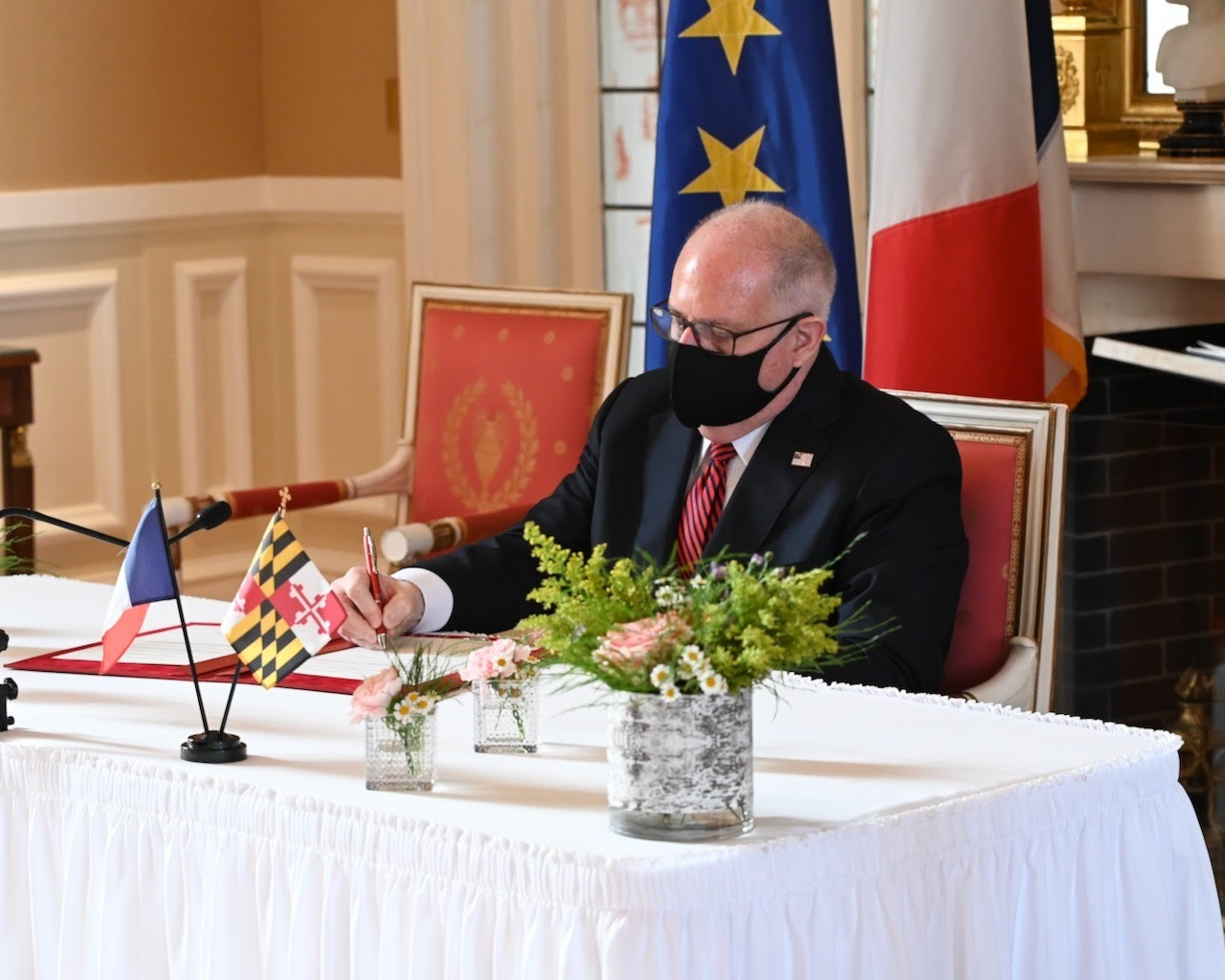 In 1981, Maryland signed a Sister State agreement with the Region of Nord-Pas-de-Calais in France. However, due to recent changes in the French regional system, Maryland’s relationship with the region needed to be reaffirmed with the newly-formed region of Hauts-de-France. Bilateral efforts are already underway between Maryland and Hauts-de-France’s life sciences and equine industries, as well as educational exchanges. 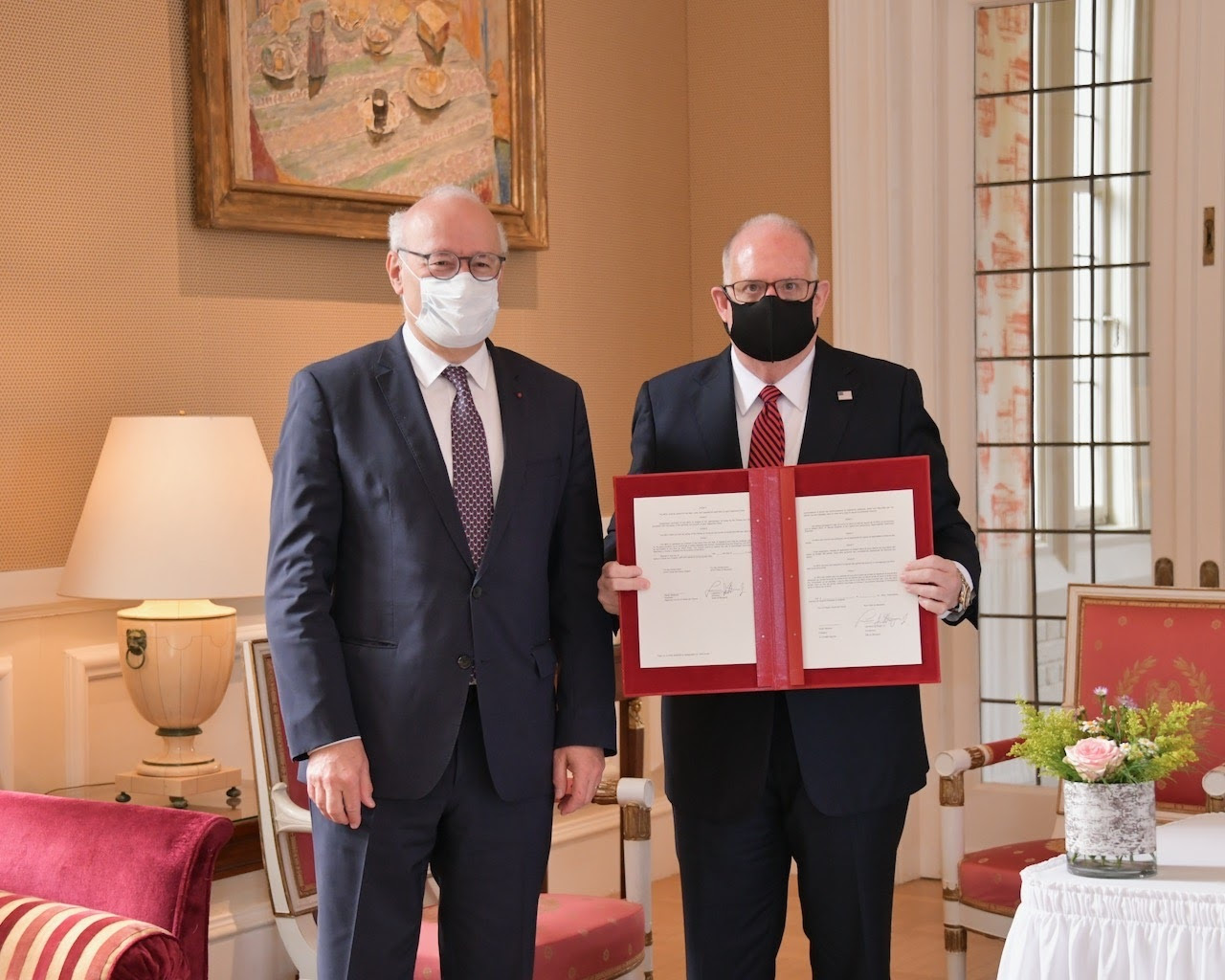 In November 2017, Lt. Governor Boyd Rutherford, Archbishop William Lori, and Secretary of State John Wobensmith visited the City of St. Omer in Hauts-de-France to participate in the rededication of the chapel at the College of English Jesuits, where the sons of the Carroll Family studied 275 years ago. 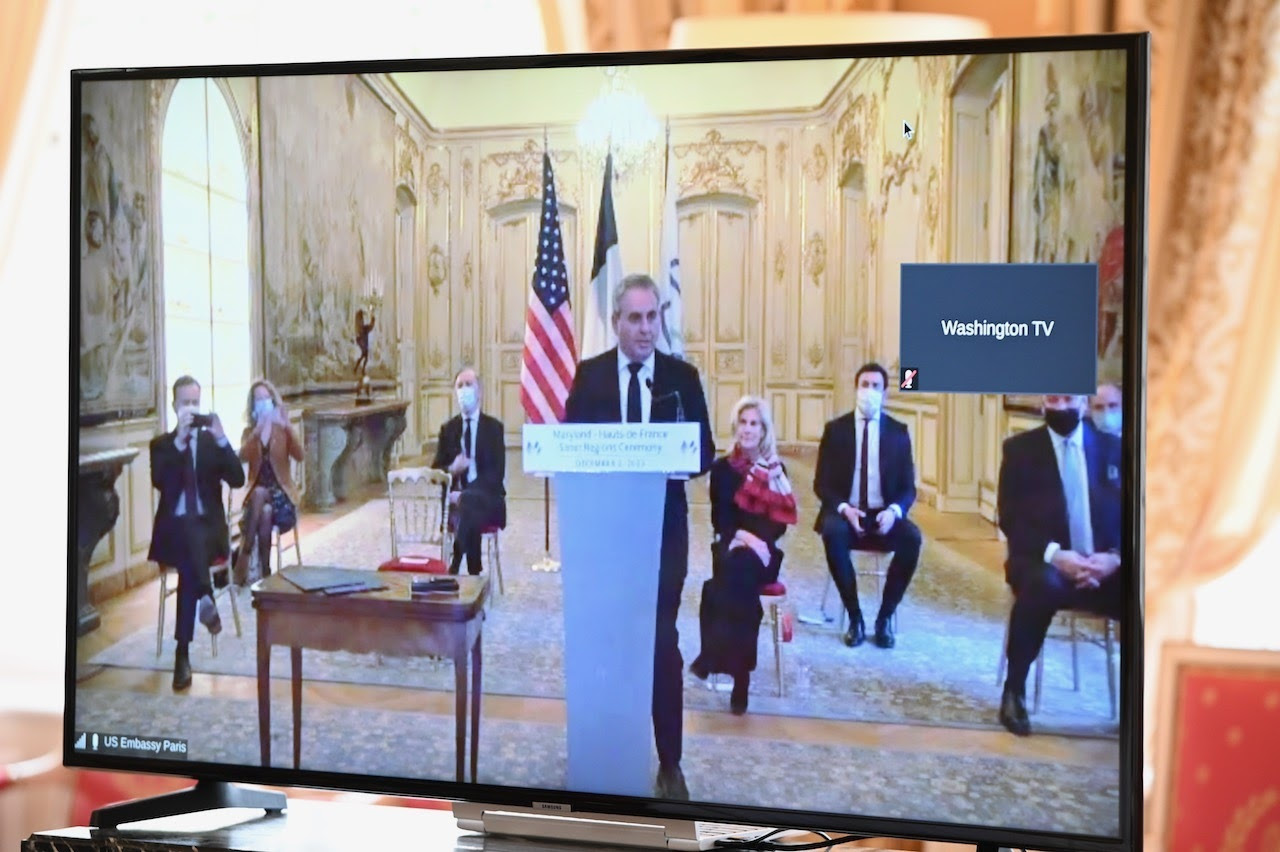 The Maryland Sister State Program is sustained through the hard work of Maryland’s volunteer citizen diplomats. The Maryland-Hauts-de-France co-chairs are Patrick Capurro of Annapolis and Candice Kelly of Port Tobacco.

“We are very proud of what the Maryland Sister States Program has accomplished over the past six years. All of the international work that brings education, culture, business, health and environmental exchange to Maryland would not be possible without the dedication of the volunteers, and the State of Maryland is incredibly thankful,” said Secretary Wobensmith.