More Than 3,300 Marylanders Injured or Killed by Drunk or Drugged Driving in 2019 Alone
Hogan Administration Renews Commitment to Initiatives and Policies to Fight Impaired Driving

ANNAPOLIS, MD—Governor Larry Hogan was joined today by transportation leaders, safety advocates, and families for the 2020 Maryland Remembers ceremony, an event honoring Marylanders who lost their lives to impaired driving. For the first time in 17 years, the ceremony was held as a hybrid virtual event, with family members and officers joining via livestream from the Annapolis Visitor Center.

“Together, we will never stop fighting to prevent more needless deaths from impaired driving,” said Governor Hogan. “We truly are making progress, but even one death is too many. Our administration is fully committed to doing everything in our power to save lives and to prevent future tragedies.”

The full event is available for viewing here.

Maryland Remembers is held annually at the beginning of the holiday season, when impaired driving crashes tend to increase. In 2019, 151 people died and more than 3,200 were injured on Maryland roadways due to impaired driving. More than 18,500 people were arrested for driving under the influence of alcohol or drugs last year, with 1,847 of those arrests occurring from Thanksgiving to New Year’s Day.

Earlier this month, a Maryland Remembers memorial stone was formally unveiled on the grounds of the MSP Annapolis Barrack for family, friends and community members to visit. 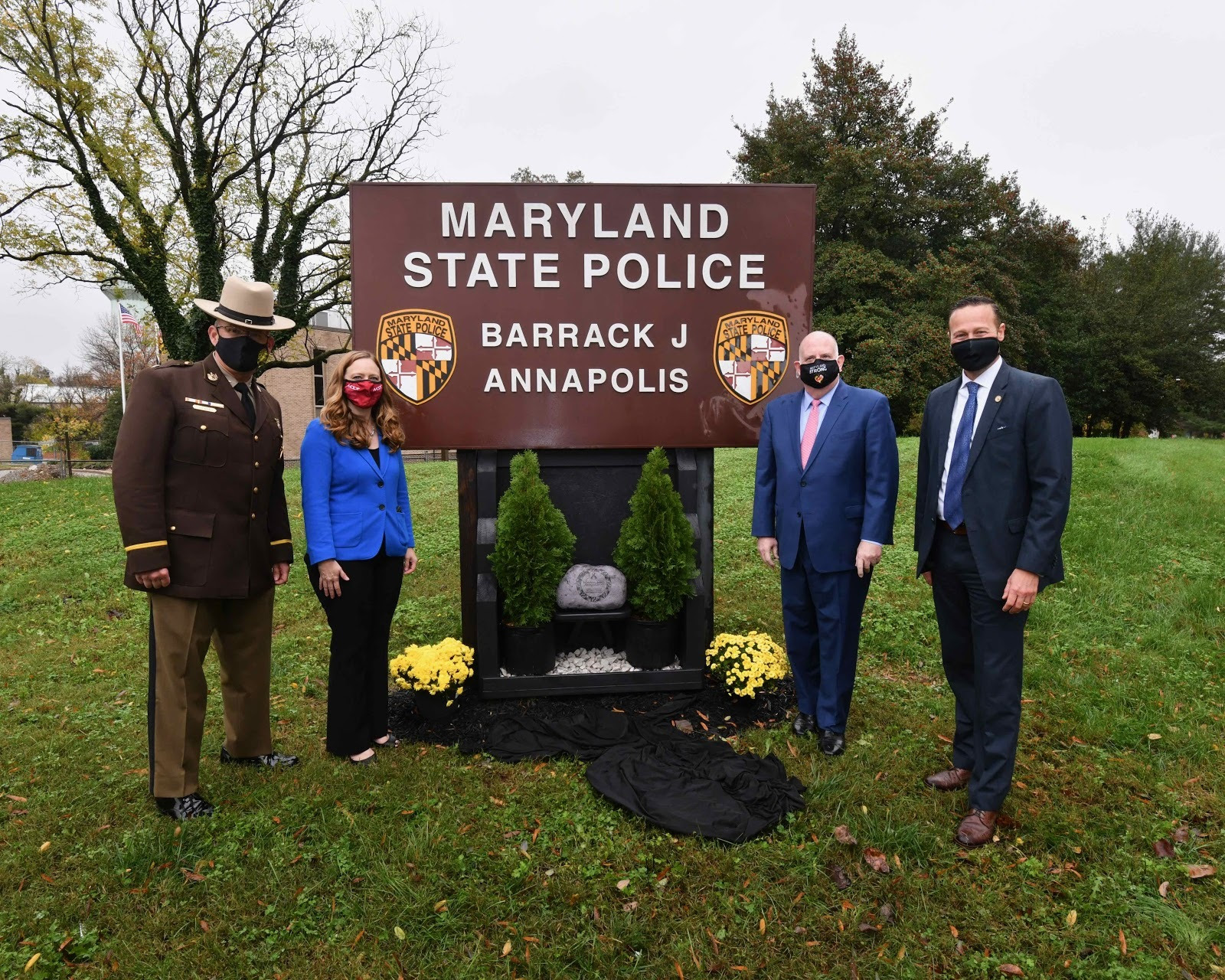 During today’s ceremony, Administrator Nizer presented Officer Frank Enko of Baltimore County Police Department with the annual Kevin Quinlan Award for his work and advocacy in preventing impaired driving. Officer Enko is a Drug Recognition Expert and has been credited for training more than 20,000 officers during his tenure. The award is named for the late Kevin Quinlan, a longtime traffic safety professional with the National Highway Traffic Safety Administration.

In 2016, Governor Hogan signed Noah’s Law, a measure that expanded Maryland’s Ignition Interlock Program to mandate that interlock devices be installed in vehicles of convicted drunk drivers, even for the first conviction. In 2019, Governor Hogan signed into law House Bill 707, which increased the maximum jail time for those convicted of vehicular homicide while under the influence. In June, Maryland was selected by the National Governors Association to take part in a Learning Collaborative to strengthen the use of data to fight impaired driving-related injuries and fatalities.

Throughout the holiday season, the MDOT MVA Maryland Highway Safety Office will promote its new Be the Driver campaign through billboards, television, radio, and online. The campaign features reminders to “Be the SOBER Driver” and “Be the MAKE A PLAN Driver,” and is designed to help generate awareness of stepped-up enforcement.