Will Be Recognized Next Week for Strengthening U.S.-Korea Relations and Korean American Community in Maryland

The First Lady is one of the first Korean Americans from the Washington Metropolitan region to receive a Camellia (Dongbaek) Medal—the top third grade of the Order of Civil Merit. 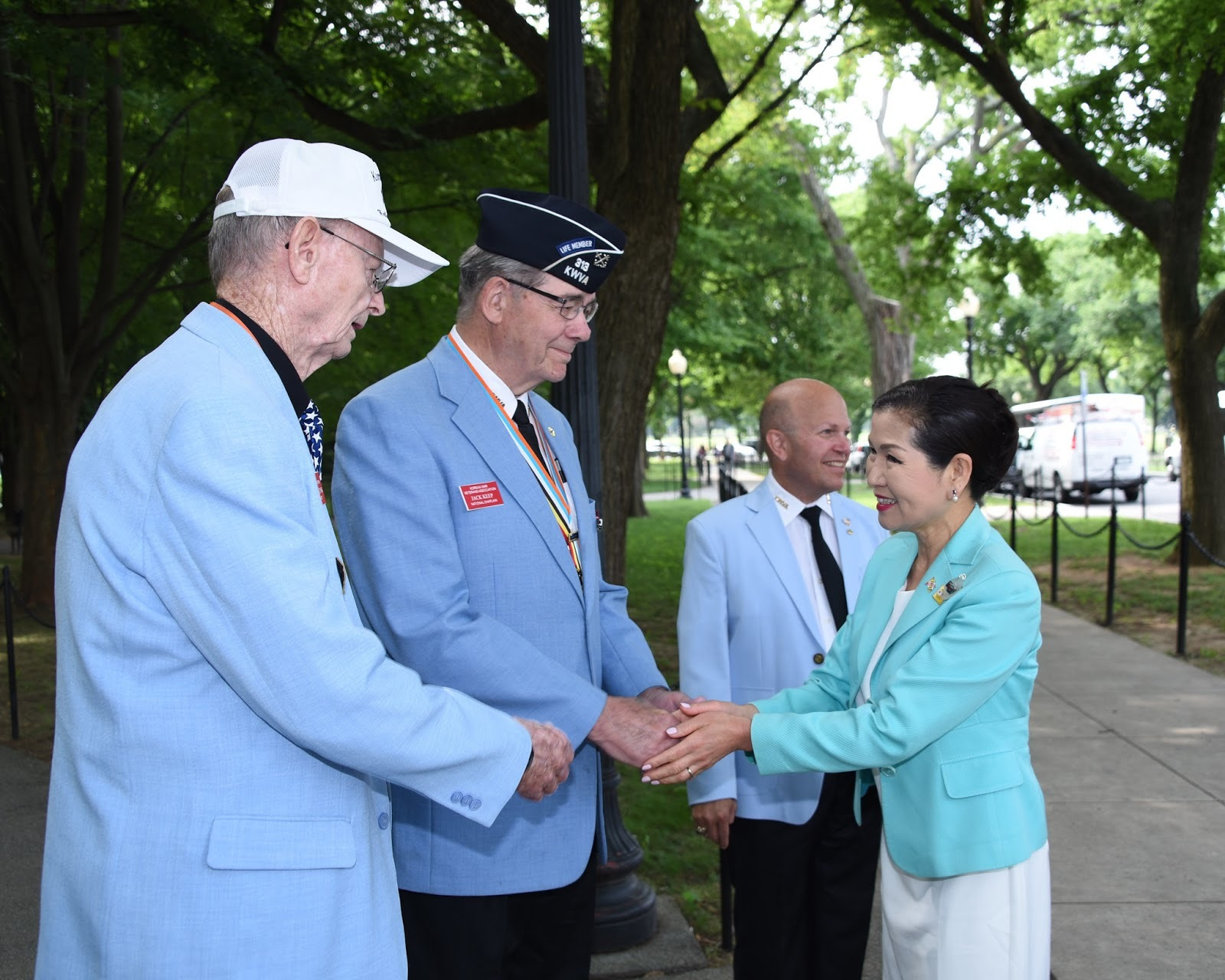 “As a first-generation Korean American and the first Korean American First Lady of any state, I have made it my mission to bring different generations of Korean Americans together, to connect Korea and Maryland, and to promote the value and beauty of Korean culture and heritage,” said the First Lady. “Our success is thanks to the many Korean Americans in Maryland who have kept our community’s legacy alive, and our partners in Korea who share special friendships with our state.” “In Maryland, we are proud to have a special bond with Korea, and that is due in large part to the passion and dedication of my wonderful wife, Yumi,” said Governor Hogan. “She is a strong voice for the Korean American community, and thanks to her leadership, increasing engagement with the Republic of Korea has been a key effort of our administration.”

This award recognizes the First Lady’s commitment to serving Maryland’s many diverse communities as well as her international diplomatic skills. The First Lady has led two trade missions to Korea, and played a pivotal role in the creation of a sister-state relationship between the State of Maryland and her home province of Jeollanam-do. In February, she helped coordinate a reception at the Korean Ambassador’s Residence in Washington, D.C. for the National Governors Association, which brought together governors from across America with Korean diplomats and business leaders. 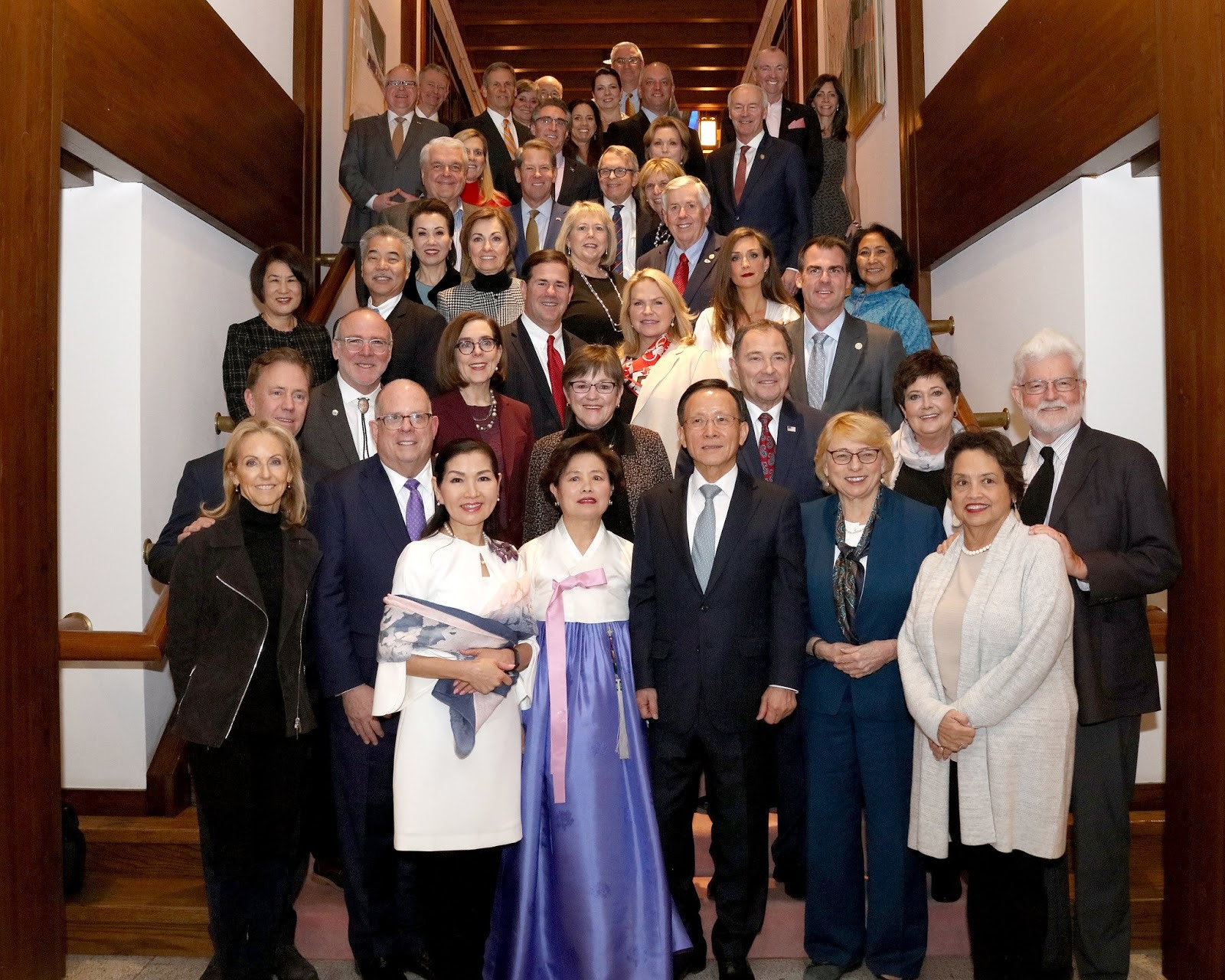 Governor Hogan and the First Lady attend a reception with the nation’s governors at the Korean Ambassador’s Residence in Washington, D.C. in February 2020.

Here in Maryland, the First Lady is a passionate advocate for Korean adoptees and Korean War veterans, and has helped increase the visibility of Korean culture in our state by championing Taekwondo Day celebrations, the dedication of Korean Way in Howard County, and the creation of a Korean natural dye farming program in Baltimore City. She currently serves as an honorary chair for the Maryland Koreatown Planning Committee Board. The First Lady received international recognition for her efforts to help secure Korean COVID-19 tests in coordination with the South Korean government and Korean Embassy in Washington, D.C. To date, the state has used more than 370,000 LabGenomics tests in the fight against COVID-19. 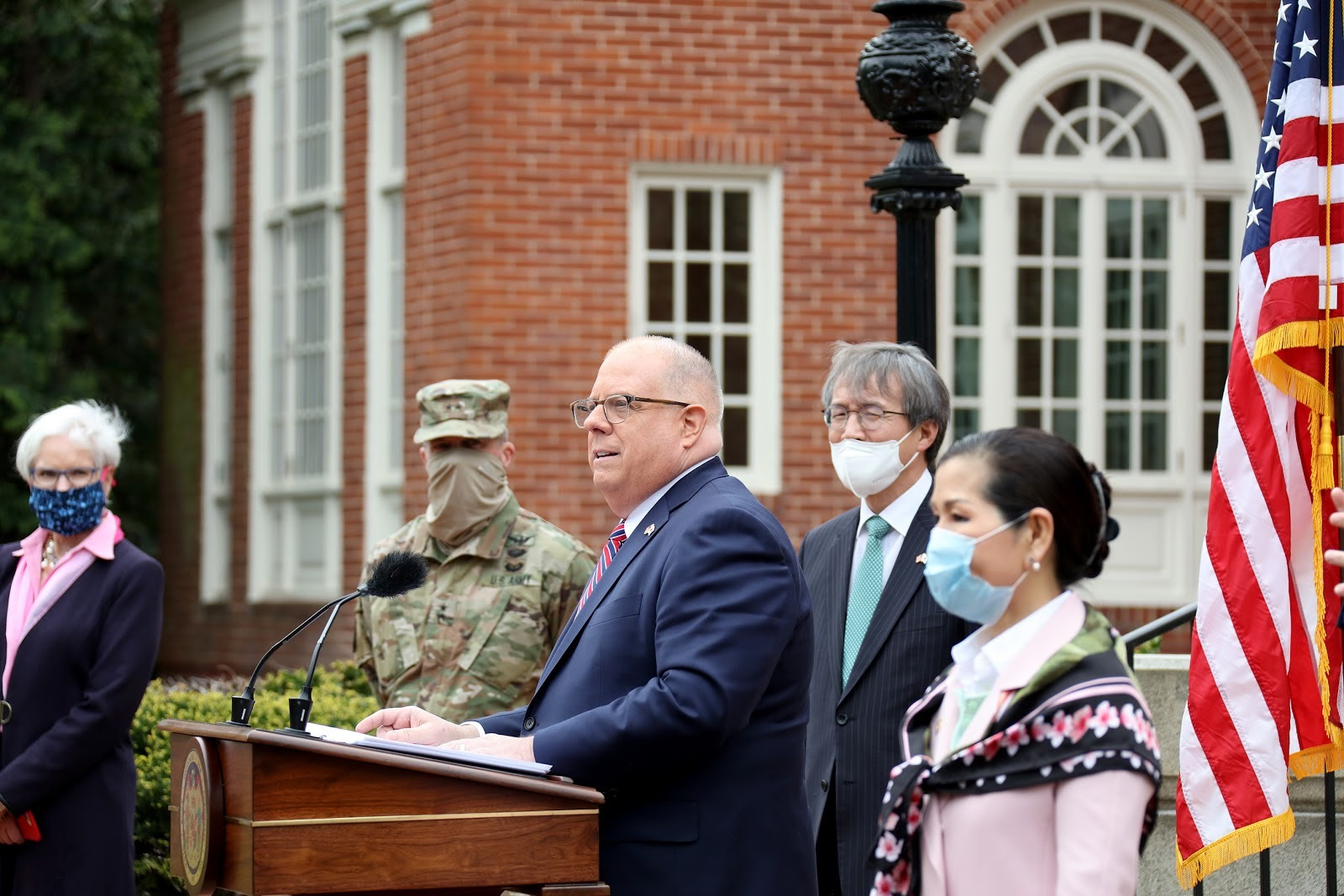 Each year, the president of South Korea recognizes World Korean Day, organized by the Ministry of Foreign Affairs of South Korea, to honor the Order of Civil Merit recipients and other awardees and the accomplishments of 7.5 million overseas Koreans in 193 countries.