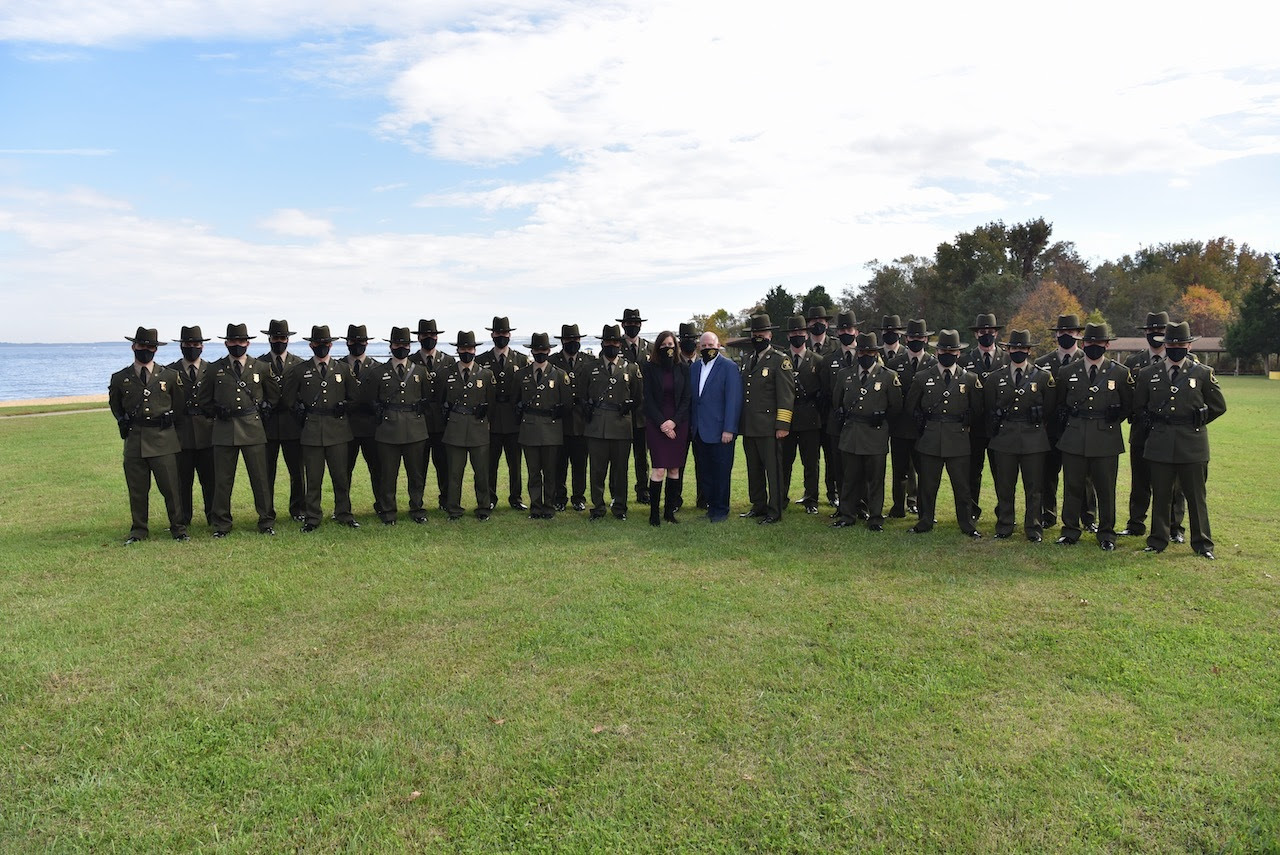 “In a state as rich in natural resources as ours, the career today’s graduates are embarking on is absolutely vital,” said Governor Hogan. “You will be asked to put yourselves in danger to protect our citizens. You may not always be appreciated and sometimes you may be unfairly criticized. But today, I want each and every one of you to know that you will always have the full support of your governor, who will have your back and who will be an advocate fighting for you each and every day.” 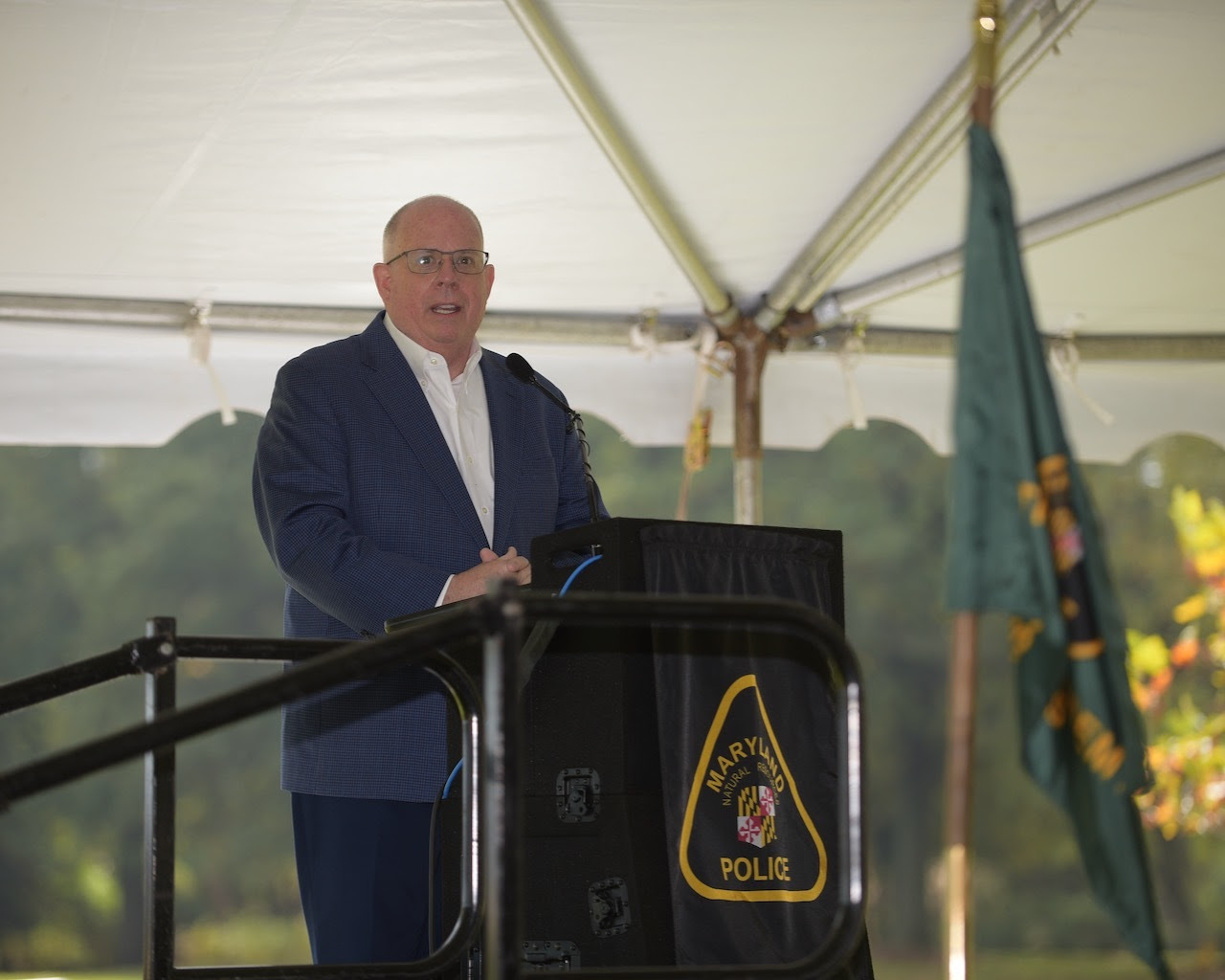 Due to the COVID-19 pandemic, the 27 officer-candidates who graduated today adapted to remote learning with quarantines and field training in small groups. With the addition of this class, NRP will have 268 officers—a near-record high. 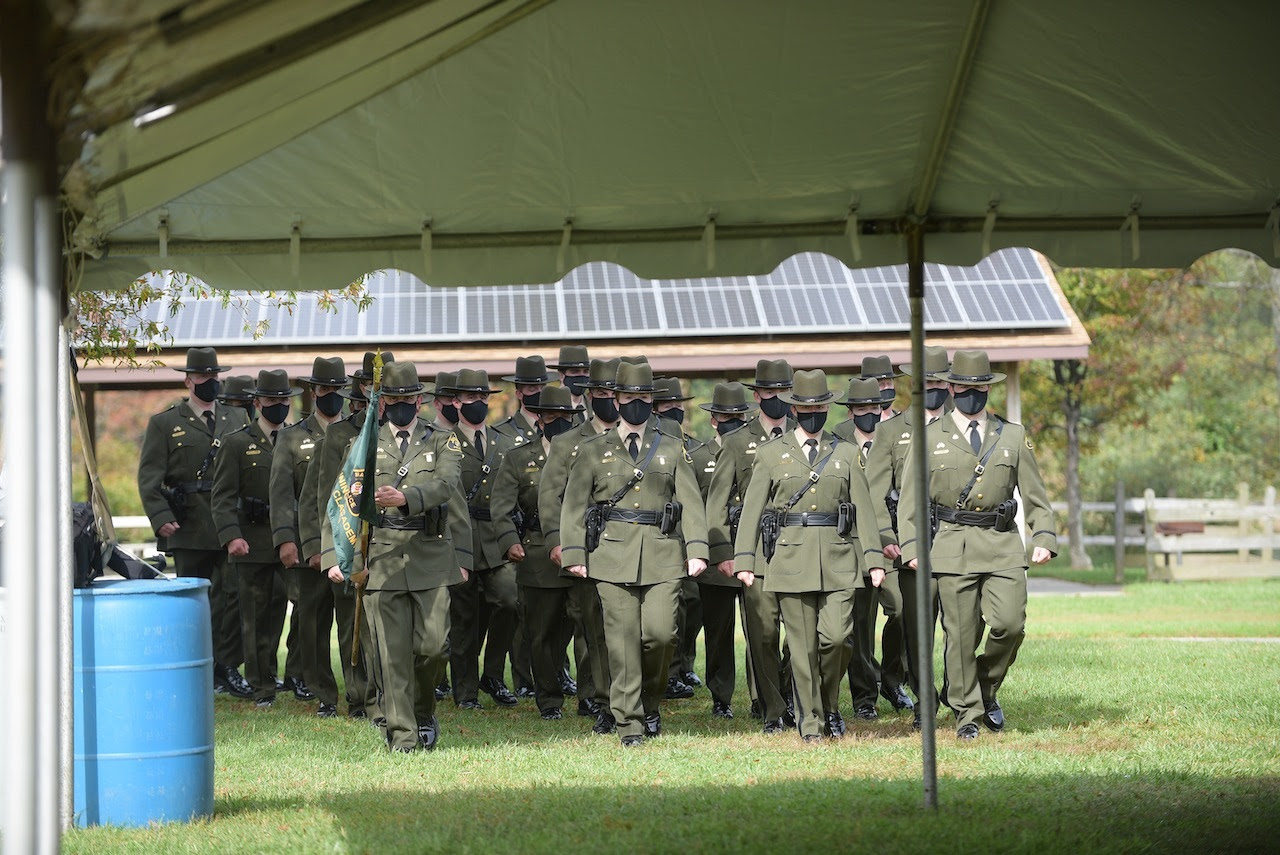 One of the oldest state conservation law enforcement agencies in America, NRP serves and protects the more than 17 million visitors to Maryland’s 75 state parks, numerous public lands, and state waterways. NRP enforces Maryland’s fish and game laws, provides hunting and boating safety classes, and conducts search-and-rescue missions for lost hikers and boaters. As the lead state agency for maritime homeland security, the agency also partners with state, local, and federal partners to secure Maryland’s shoreline infrastructure, including power plants, bridges, tunnels, and the approaches to the Port of Baltimore. 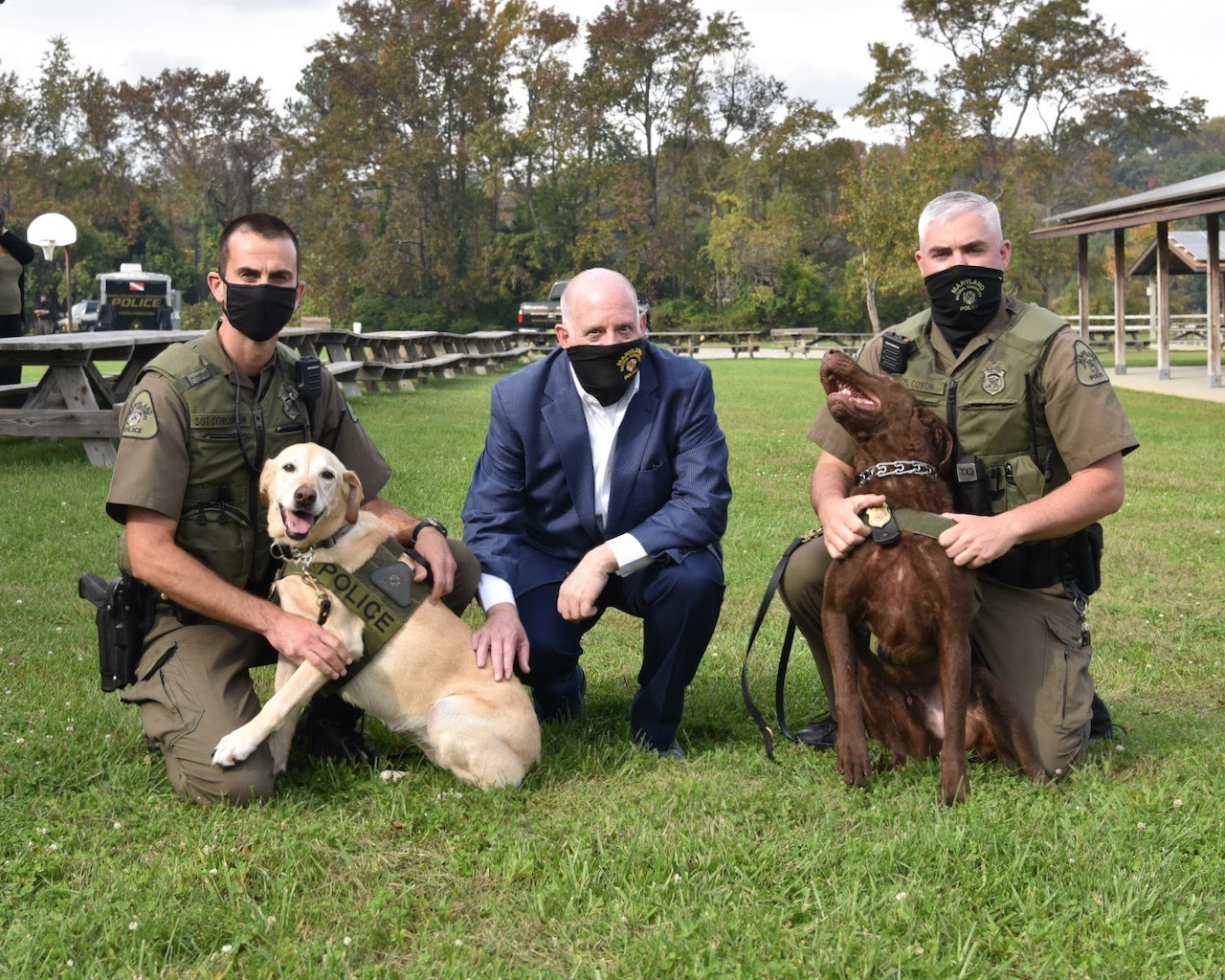