ANNAPOLIS, MD—Governor Larry Hogan today announced that Maryland’s statewide COVID-19 positivity rate has reached a new all-time low of 3.27% and the daily positivity rate has fallen to a record low of 2.12%. The governor also announced that total COVID hospitalizations have dropped 26% in the month of August, to 435, and the state is reporting its lowest number of new deaths since March 28.

“Thanks to our early and aggressive actions and the continued vigilance of the people of Maryland, all of our key health metrics continue to steadily decline and we are doing much better than most of the rest of the country,” said Governor Hogan. “I want to thank the people of our state for helping us keep Maryland safely open for business by practicing physical distancing, wearing masks, and avoiding travel to hotspots.”

Seven-Day and Daily Positivity Rates Fall to Record Lows. Maryland’s seven-day average positivity rate fell to 3.27% today, the lowest level reported since the pandemic began. The daily positivity rate is also a record low today at 2.12%. This is the third straight day that under 3% of tests have come back positive. The statewide positivity rate has been under 5% since June 25. 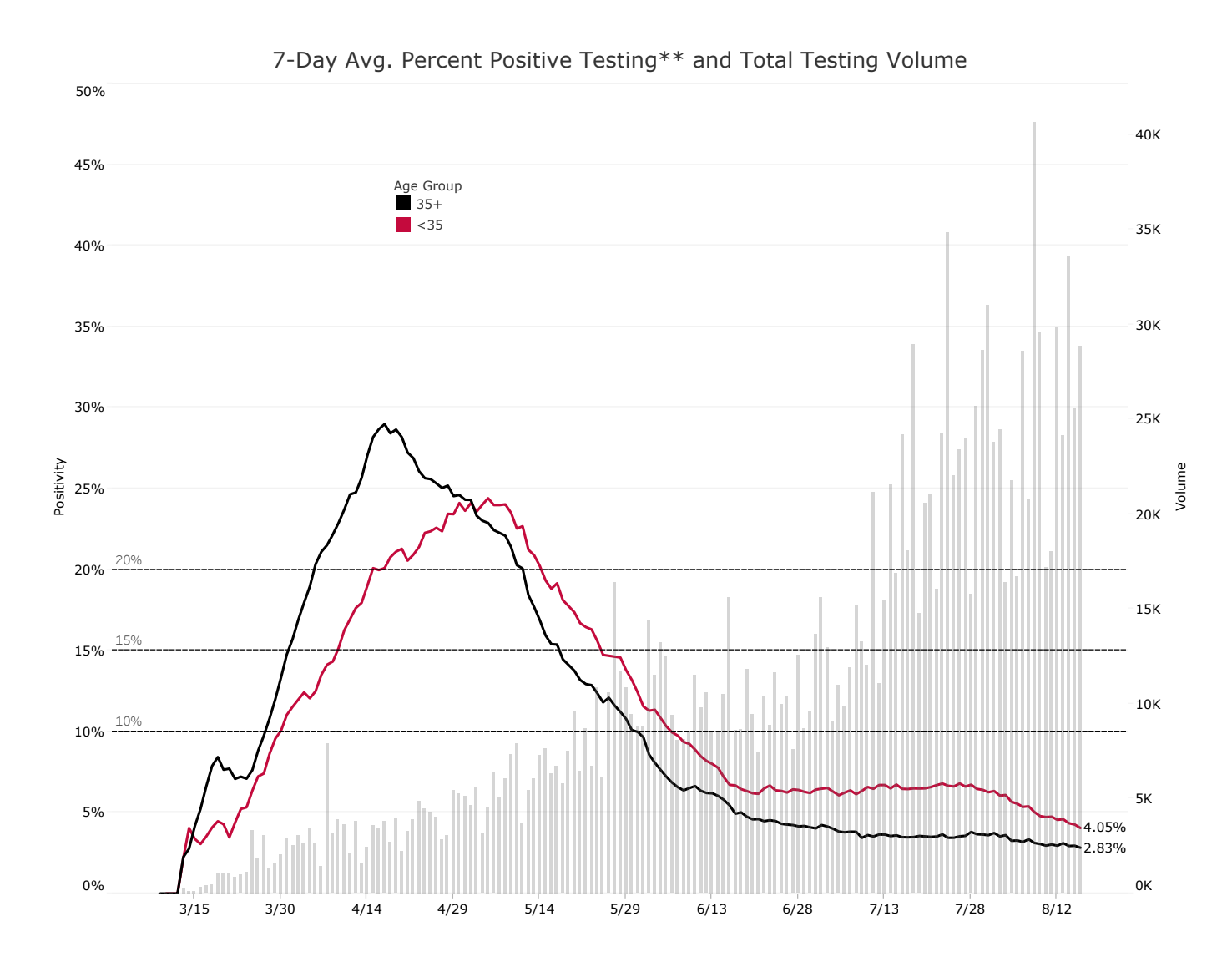 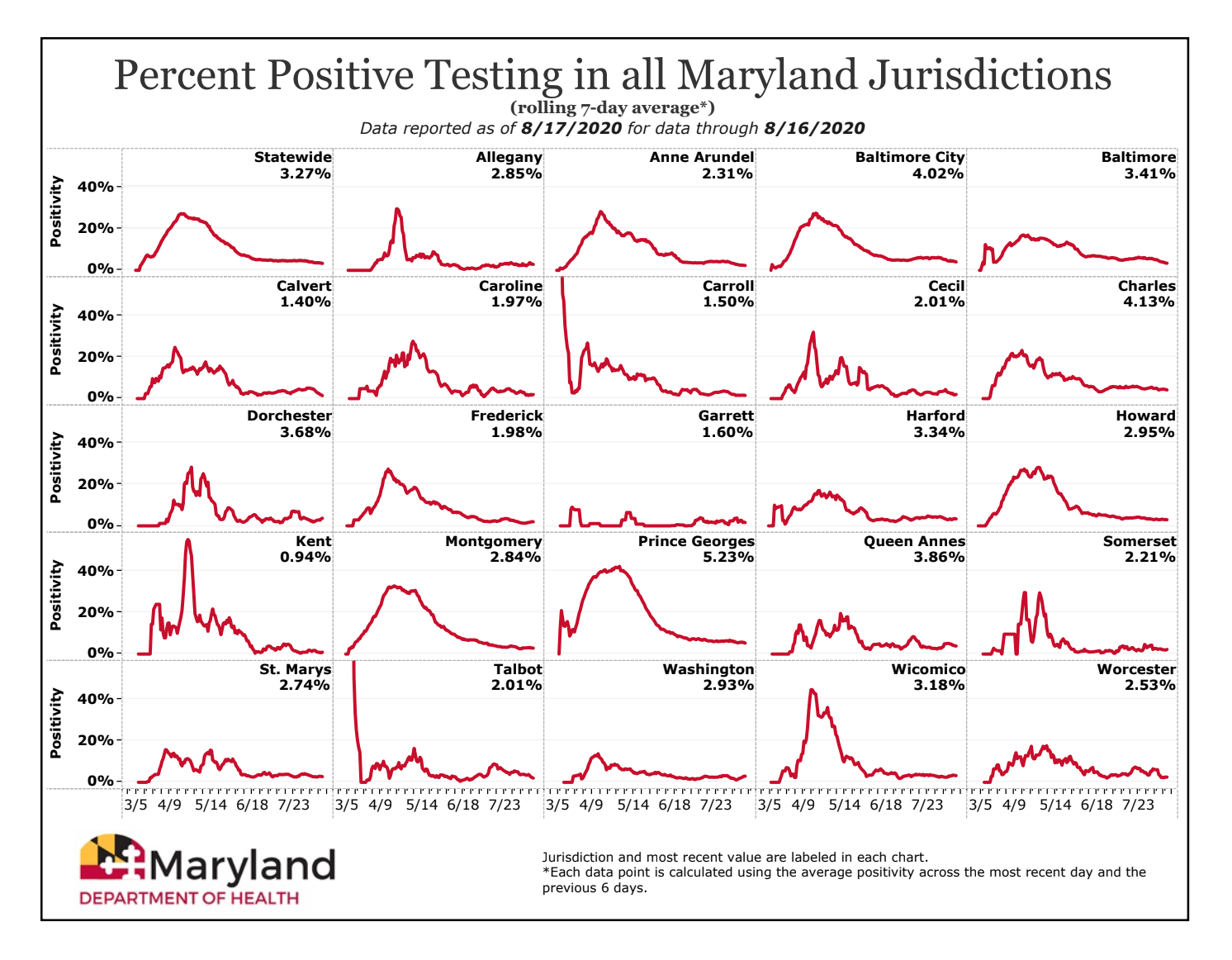 210 COVID-19 Testing Sites Available. Marylanders can plan to be tested at one of 210 testing sites by visiting COVIDtest.maryland.gov.