Maryland’s COVID-19 Positivity Rate Drops to 4.92%, Hospitalizations Under 500 For First Time In 12 Weeks

ANNAPOLIS, MD—Maryland’s key COVID-19 health metrics continue to trend in a positive direction, with the statewide positivity rate dropping to a new low of 4.92%, and hospitalizations falling below 500 for the first time in 12 weeks.

“While we are unfortunately seeing rising case numbers in states across the country, here in Maryland, all of the key health metrics continue to trend in a very positive direction,” said Governor Hogan. “But the fight against this virus is far from over. The positivity rate among Marylanders under the age of 35 is now 34% higher than the rate among those 35 and older. We simply cannot afford to stop being vigilant and cautious. Our long-term recovery can only be effective if all Marylanders continue exercising personal responsibility.”

COVID-19 Hospitalizations Continue to Decline. Maryland’s current total COVID-19 hospitalizations—one of the state’s key recovery metrics—have dropped below 500 for the first time in 12 weeks, with 297 acute care beds and 190 ICU beds in use. Since June 1, total hospitalizations have fallen by more than 58%. 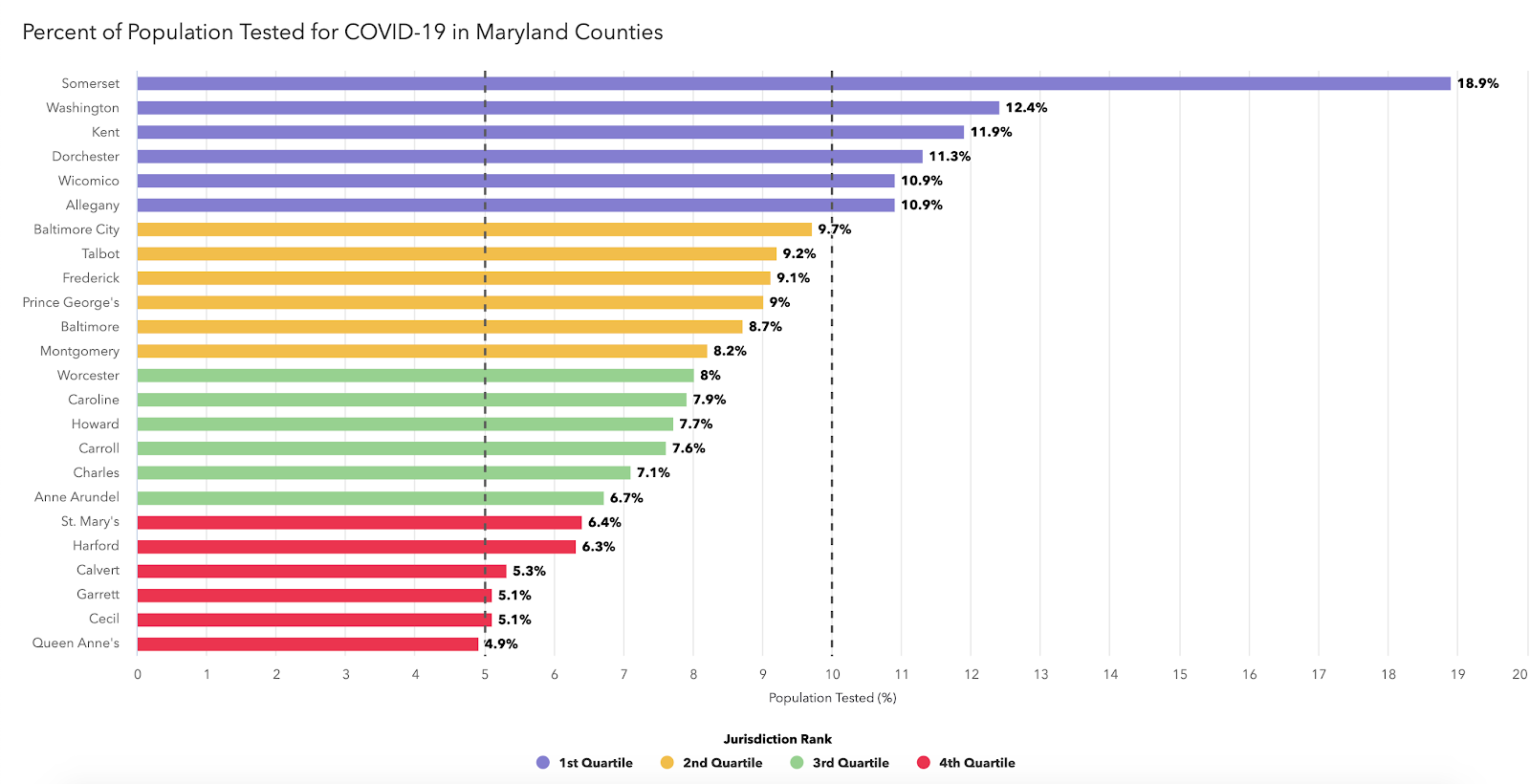 #MasksOnMaryland. The Maryland Department of Health has launched a coordinated public outreach campaign encouraging Marylanders to continue to wear face coverings as the pandemic continues, and as summer activity increases.

Now Nearly 200 Major Testing Sites Statewide. There are now nearly 200 major testing sites in Maryland, with major sites open today at the Baltimore Convention Center and Six Flags America in Prince George’s County. Visit coronavirus.maryland.gov to find a location that is most convenient for you.