“We started our first major testing site at FedEx Field in March with 100 tests, and since then, have increased our capacity exponentially in order to test hundreds of Marylanders in a matter of hours with no medical referral required,” said Governor Hogan. “We are encouraged to see so many residents take advantage of our new Six Flags testing site, and even more encouraged that as our long-term testing strategy progresses, our statewide positivity rate has fallen to its lowest level in more than two months and COVID-19 hospitalizations are at a six-week low.” 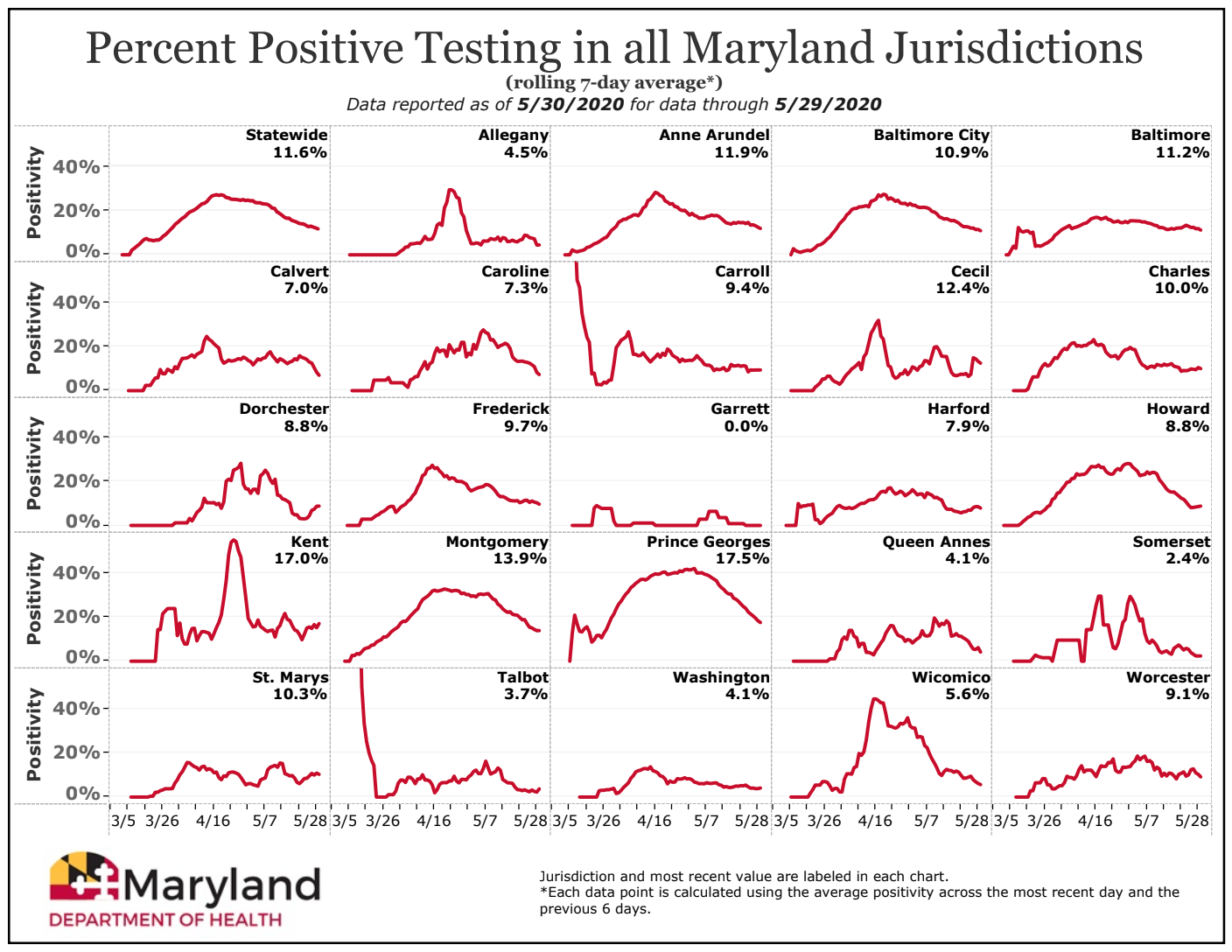 Positivity rate data for the state and all 24 jurisdictions is available at coronavirus.maryland.gov.

Nearly 100 Testing Sites in Maryland. With expanded capacity and supplies available, the state has broadened the criteria for COVID-19 testing to include those who are asymptomatic. There are now nearly 100 major testing sites in Maryland. Visit coronavirus.maryland.gov to find a location that is most convenient for you.

Long-Term Strategy. On April 29, Governor Hogan announced a long-term testing strategy for Maryland, starting with high-priority clusters and outbreaks. The state achieved its short-term goal of 10,000 tests per day before June 1.