ANNAPOLIS, MD—Governor Hogan joined legislative leaders and cabinet officials this evening to celebrate the arrival of Francis Scott Key’s original manuscript of “The Star-Spangled Banner” at the Maryland State House.

Tuesday, March 3 marks the 89th anniversary of the official adoption of Key’s words as our national anthem. Tomorrow, for one day only and for the first time in state history, visitors to the Maryland State House can view the manuscript alongside the original copy of the speech given by General George Washington when he resigned his commission as commander-in-chief of the Continental Army on December 23, 1783. 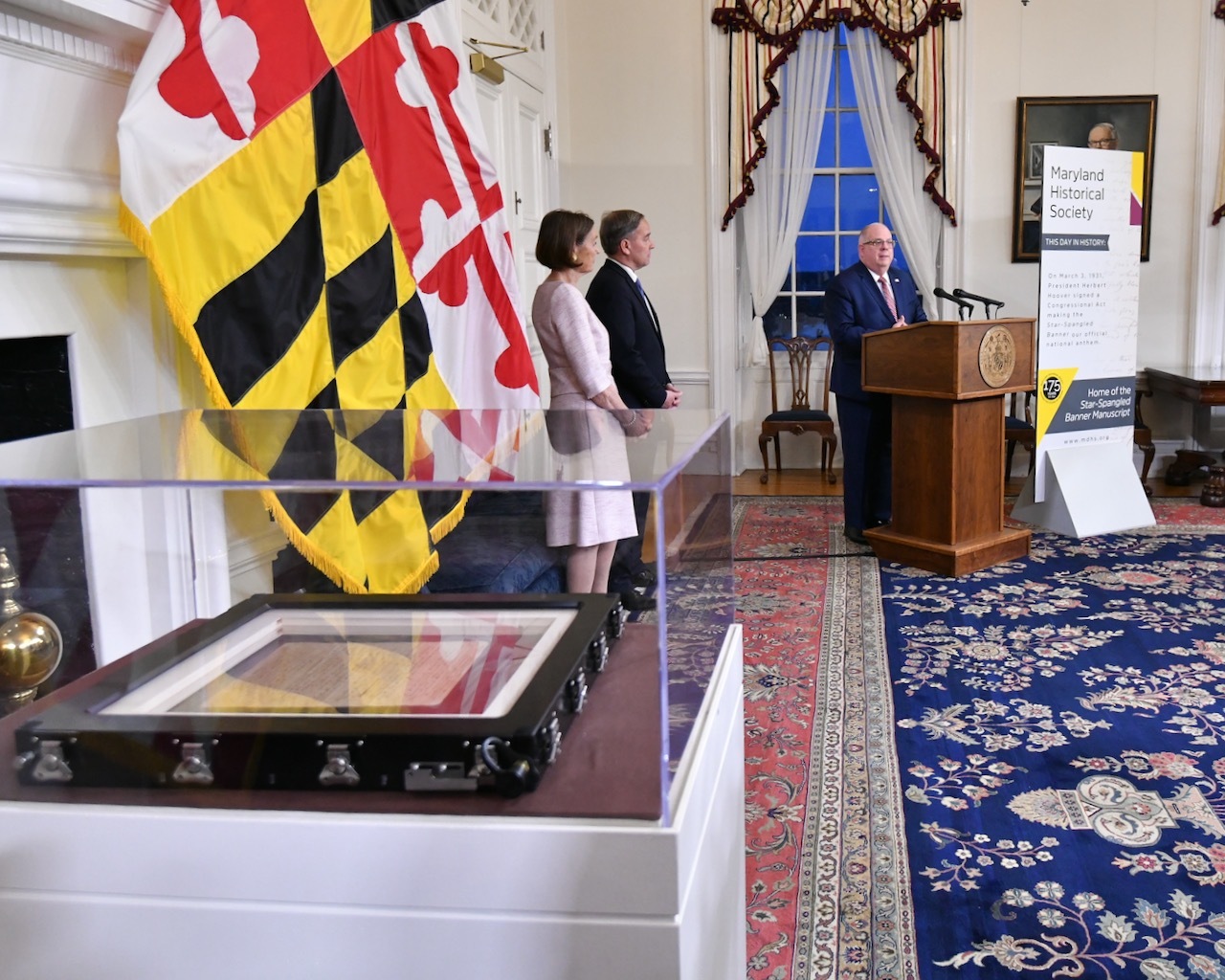 The original manuscript (foreground) will be displayed on the first floor of the State House tomorrow.

“As America marks the 89th anniversary of Francis Scott Key’s words officially becoming our national anthem, it is very fitting that this treasured manuscript will be displayed in this historic place,” said Governor Hogan. “So many of Francis Scott Key’s formative years were spent on these very streets and in the historic buildings that surround us now. In so many ways, bringing this manuscript to Annapolis is a homecoming that is 206 years in the making.” 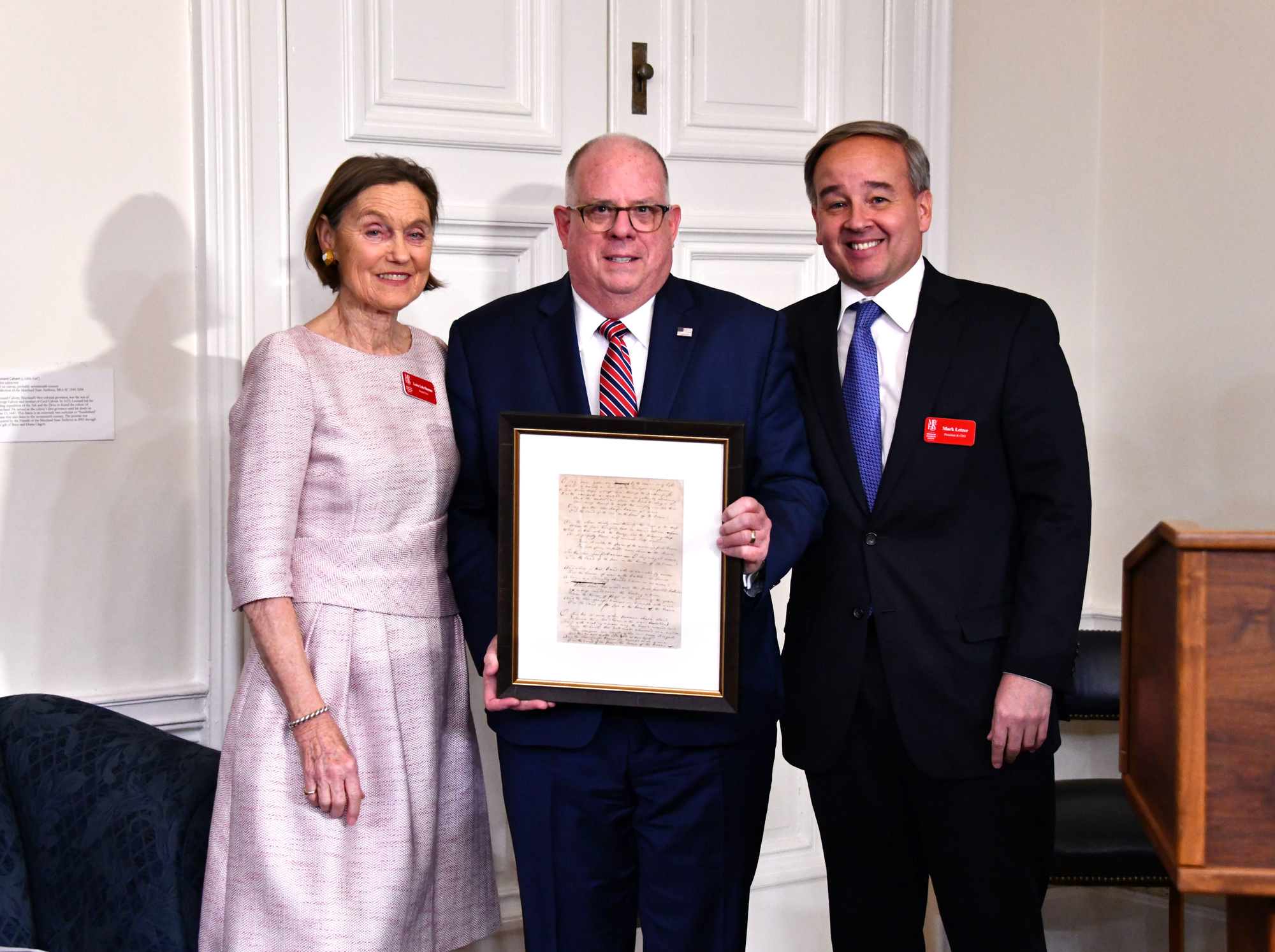 Governor Hogan was presented with a facsimile of the manuscript by Louise Hayman, Board Chair, and Mark B. Letzer, President & CEO, of the Maryland Historical Society.

The 1814 manuscript was handwritten by Francis Scott Key, a lawyer and author from Frederick, Maryland, after he observed the British bombardment of Fort McHenry during the War of 1812. Due to its fragility, the manuscript rarely leaves the Maryland Historical Society in Baltimore.

The Maryland State House is open to the public from 9 a.m. to 5 p.m. every day, with the exception of Christmas and New Year’s Day.