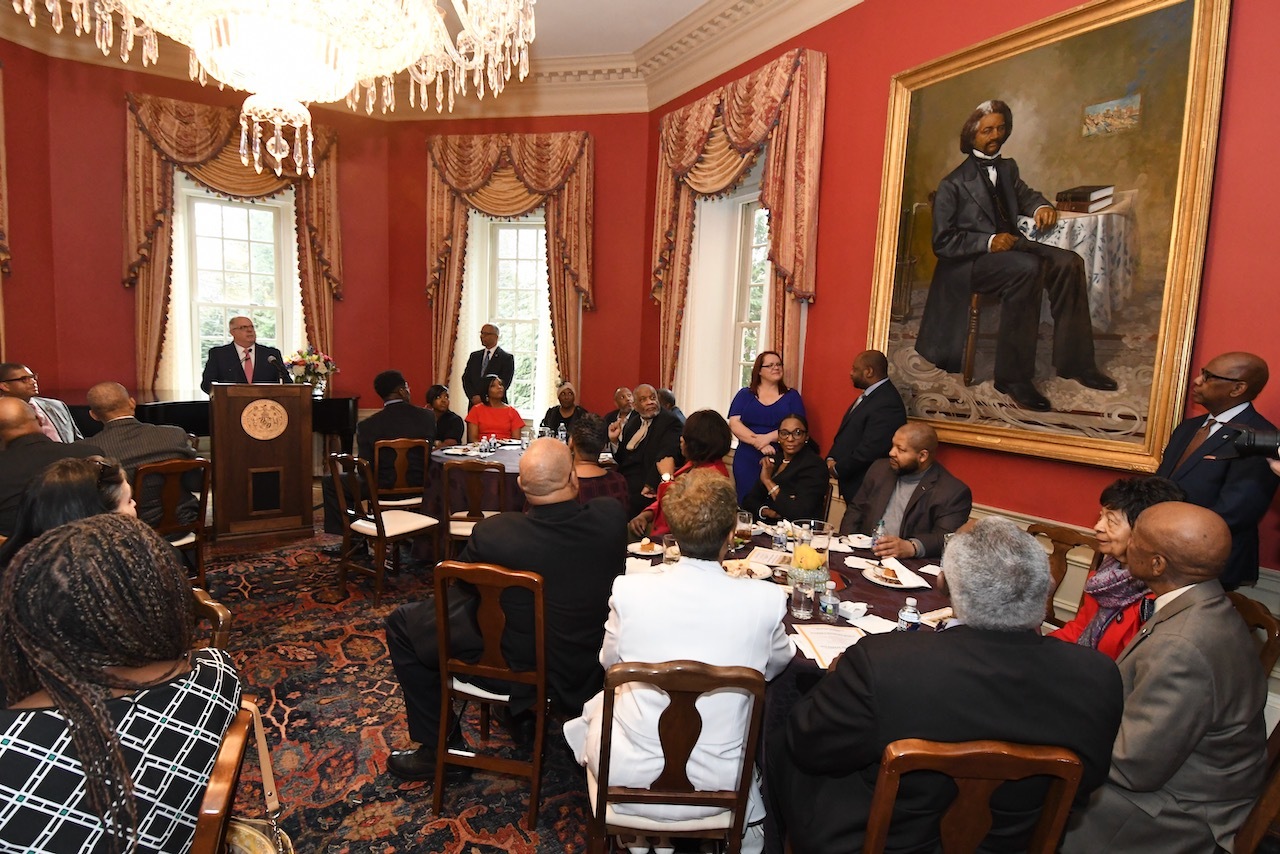 “Two weeks ago, it was my immense honor to help dedicate statues of Harriet Tubman and Frederick Douglass in our historic state house to ensure that the lives and legacies of two of Maryland’s most important and most influential leaders are permanently and formally enshrined in the history of our great state,” said Governor Hogan. “Each and every one of us stand on the shoulders of these giants. We set aside this month each year as a time to honor these fearless leaders, to reflect even on the darkest chapters of our history in order to build a brighter future, and to strive to each do our small part to form a more perfect union.”

Attendees heard remarks from Baltimore native and noted historian, scholar, and advocate Dr. Larry S. Gibson. In 1972, Gibson became the first African American law professor at the University of Virginia and currently teaches at the University of Maryland School of Law. He led the charge for legislation that renamed BWI Thurgood Marshall Airport; serves as the chairman of the Commission to Coordinate the Study, Commemoration, and Impact of the History and Legacy of Slavery in Maryland; and has made countless contributions to Baltimore, the State of Maryland, and global politics. 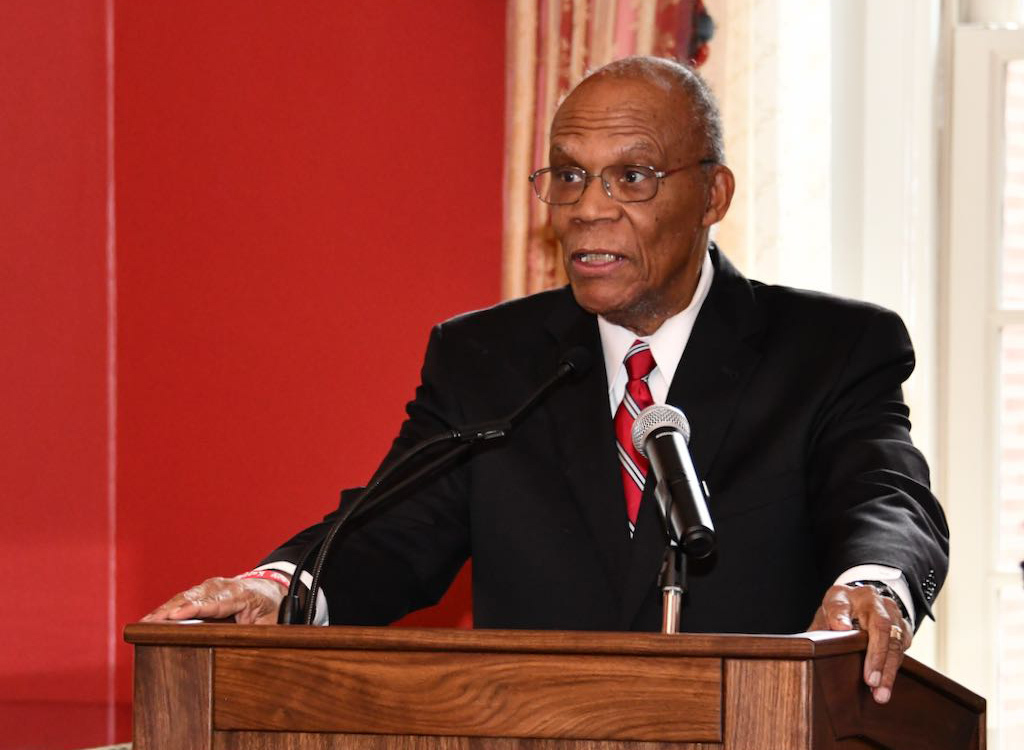 At the beginning of the month, the Hogan administration announced that 12 Maryland nonprofits had recently been awarded nearly $1 million in funds by the Maryland Commission on African American History and Culture and the Maryland Historical Trust for projects involving the acquisition, construction, or improvement of sites related to African American heritage. Governor Hogan also joined General Assembly leadership to unveil new statues of iconic Marylanders Frederick Douglass and Harriet Tubman in the Old House of Delegates Chamber of the Maryland State House.