ANNAPOLIS, MD—Governor Larry Hogan today addressed the National Association of Manufacturers (NAM) Winter 2020 Board of Directors Meeting in Washington, DC. In his remarks, the governor touted Maryland’s economic turnaround and nationally-recognized workforce development programs, as well as the national infrastructure initiative he is leading as chairman of the National Governors Association (NGA). 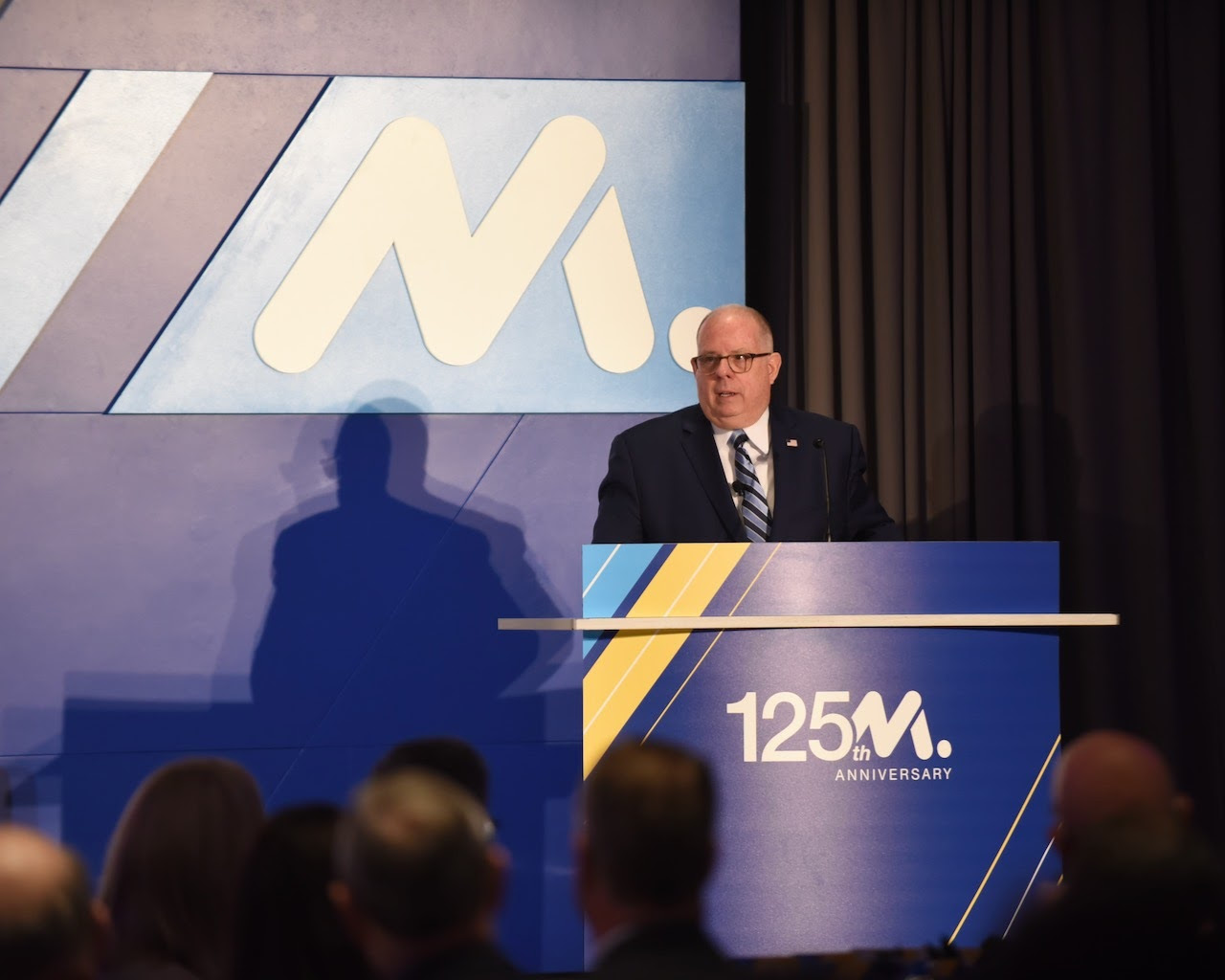 “We’re proud of the innovation and creativity at work every single day among Maryland’s more than 4,000 manufacturers—from W.R. Grace, the second longest operating chemical company in America, to Lockheed Martin, the largest defense contractor in the world, and McCormick, the iconic 131-year old company that we helped stay and expand in our state with a new global headquarters,” said Governor Hogan. “We are leading the way with nationally recognized programs for workforce development, job training, and apprenticeships, and we have been growing apprenticeships more than any other administration in state history.” “Gov. Hogan is demonstrating powerful leadership by mobilizing and bringing together the nation’s governors to rise and meet this century’s infrastructure challenges,” said Jay Timmons, president and CEO of the National Association of Manufacturers. “Manufacturers are committed to being part of the solution and working alongside leaders like Gov. Hogan who advance the values that make America exceptional—free enterprise, competitiveness, individual liberty and equal opportunity.”

Governor Hogan’s NGA Chair’s Initiative, “Infrastructure: Foundation for Success,” brings together thought leaders from government, business, and academia to work with the nation’s governors in pursuit of a common infrastructure mission: building a more efficient, innovative, smart, resilient and secure foundation for success.

“In states throughout the country, governors on both sides of the aisle are finding new ways to innovate, to reform, and to drive the debate,” continued the governor. “The goal of my infrastructure initiative is to harness that strength and highlight that innovation. Working together with you, and your ‘Building to Win’ initiative, we can come up with all the best ideas and solutions in order to tackle this important issue and drive action here in Washington.”