ANNAPOLIS, MD—At a ceremony last night in Washington, DC, the American Medical Association presented Governor Larry Hogan with the Dr. Nathan Davis “Outstanding Governor” Award. The award, which is named after the founder of the AMA, is presented each year to elected and career officials in federal, state, or municipal service whose outstanding contributions have promoted the betterment of public health.

“This truly is an incredible honor to have been chosen to receive this prestigious award,” said Governor Hogan. “Far too often, health care can become a partisan issue and politics gets in the way of progress, but in my state of Maryland we have worked very hard to seek common ground to recognize the urgency of our health care challenges and to achieve real, bipartisan, common sense solutions. I am humbled to accept this award on behalf of those who truly deserve it—all of the incredible doctors, nurses, and healthcare professionals throughout our great state.” 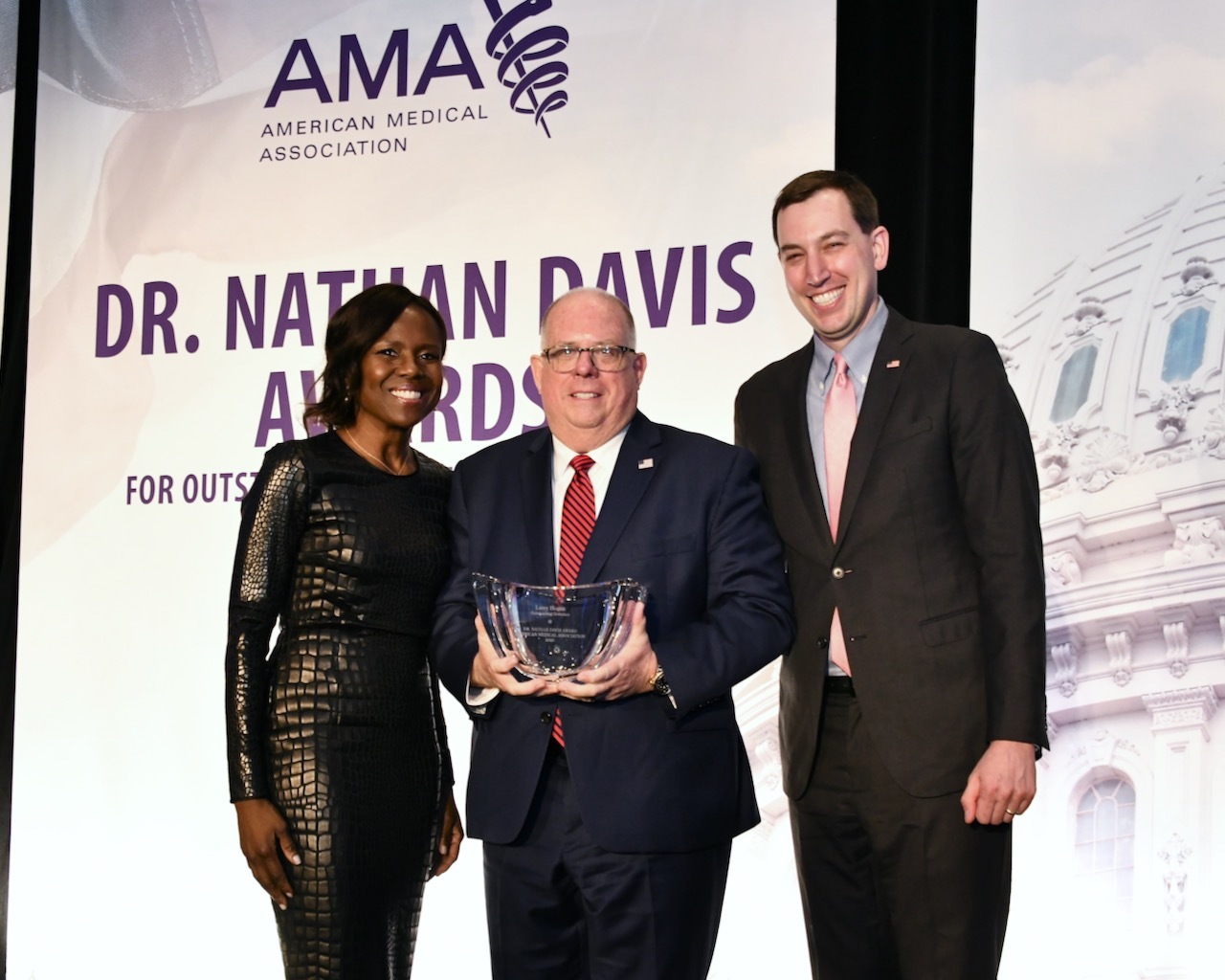 Last night’s ceremony, held during the AMA’s national advocacy conference, was emceed by ABC News Correspondent Deborah Roberts. The AMA cited Governor Hogan’s reputation for bipartisanship, his staunch advocacy for the Maryland Model, the state’s unique all-payer contract with the Center for Medicare and Medicaid Innovation (CMMI), and his bold and effective leadership in response to the opioid crisis.

“Gov. Hogan has kept his promise to focus on bipartisan, common sense solutions in the area of health care—a promise kept benefitting millions of Marylanders,” said AMA Board Chair Jesse Ehrenfeld, M.D., MPH. “A leader in confronting the opioid epidemic and protecting access to affordable health care coverage in his state, Gov. Hogan has earned the respect and admiration of all Marylanders. It is our pleasure to present him with the Nathan Davis Award for Outstanding Governor.” 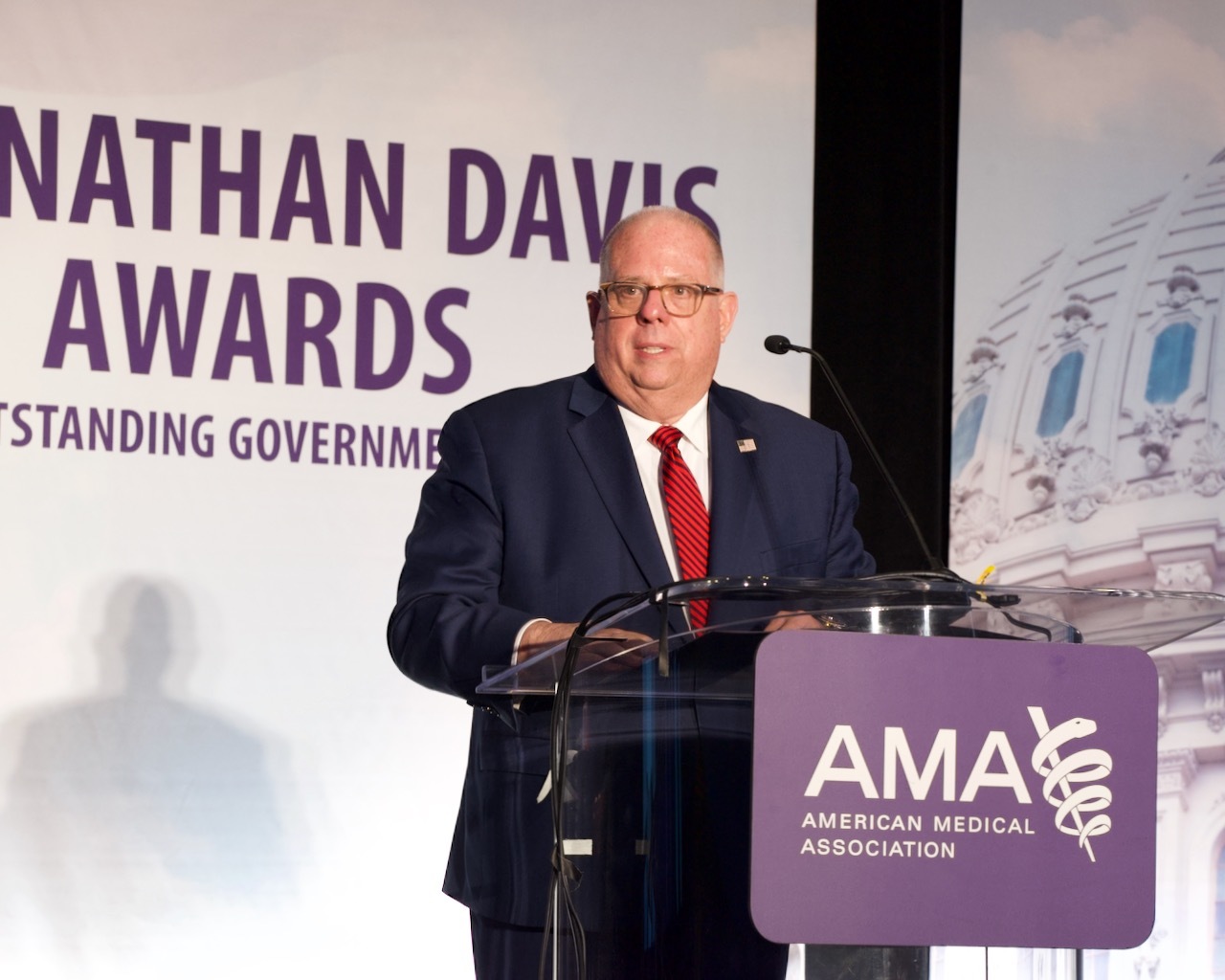 In 2017, Governor Hogan became the first governor in the nation to declare a State of Emergency in response to the heroin, opioid, and fentanyl crisis. The Hogan administration has invested more than $800 million toward fighting this epidemic and has implemented a number of groundbreaking policies related to the opioid epidemic.

In 2018, Governor Hogan enacted the Maryland Model, which aims to control growth in healthcare costs, both at hospitals and community providers, while improving patient outcomes and quality of care. That same year, when facing predicted health insurance rate increases of up to 50%, the Hogan administration worked in a bipartisan fashion with legislative leaders to develop landmark legislation establishing a state reinsurance program. As a result of these efforts, all individual insurance rates in Maryland saw decreases in back-to-back years. 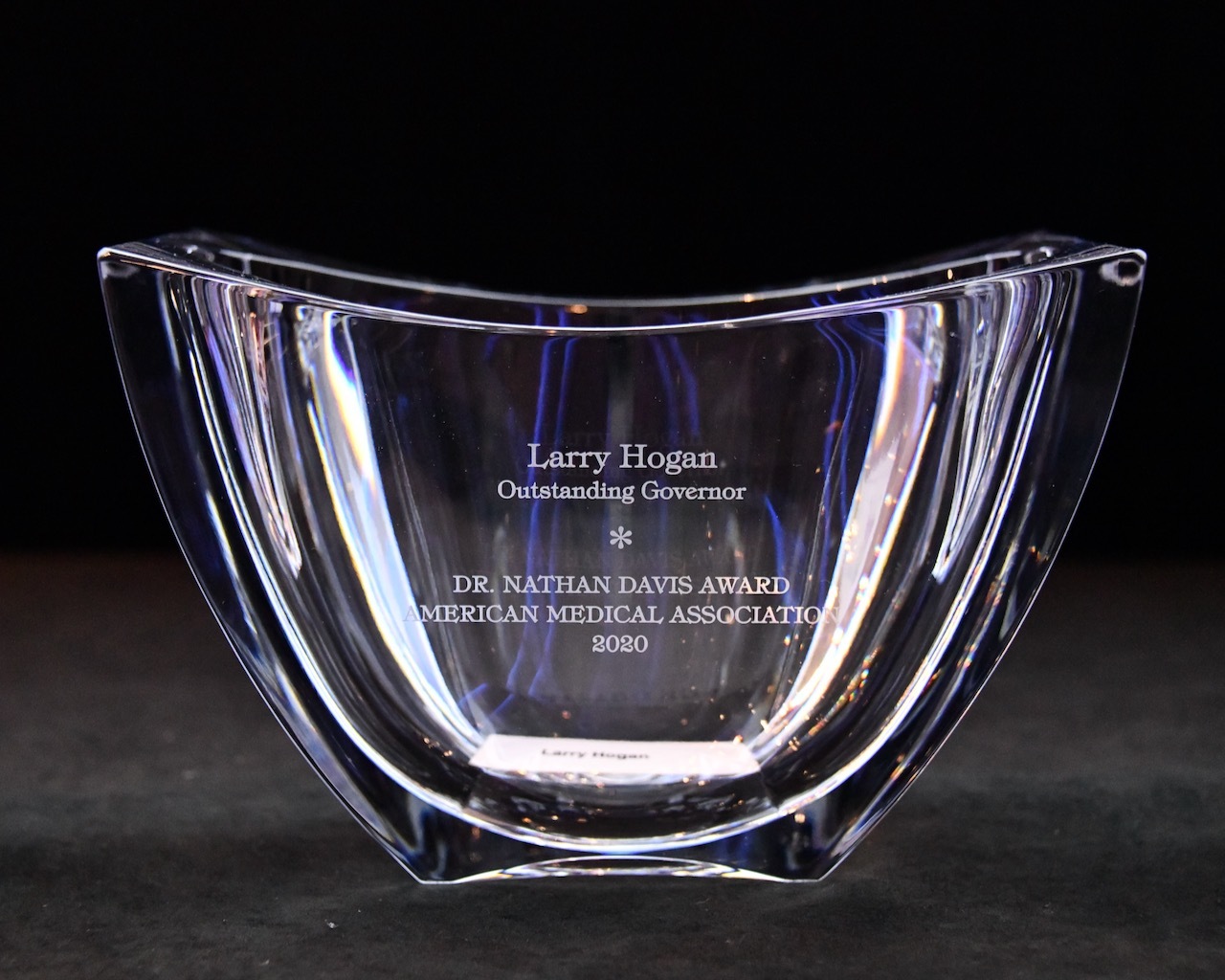 Governor Hogan was nominated by MedChi, the Maryland State Medical Society, to receive the 2020 “Outstanding Governor” award by the AMA.