ANNAPOLIS, MD–Governor Larry Hogan today joined Speaker of the House Adrienne Jones and Senate President Bill Ferguson to unveil new statues of iconic Marylanders Frederick Douglass and Harriet Tubman in the Old House of Delegates Chamber of the Maryland State House. The governor, along with descendants of both Douglass and Tubman, attended a special joint session of the Maryland General Assembly prior to the unveiling. 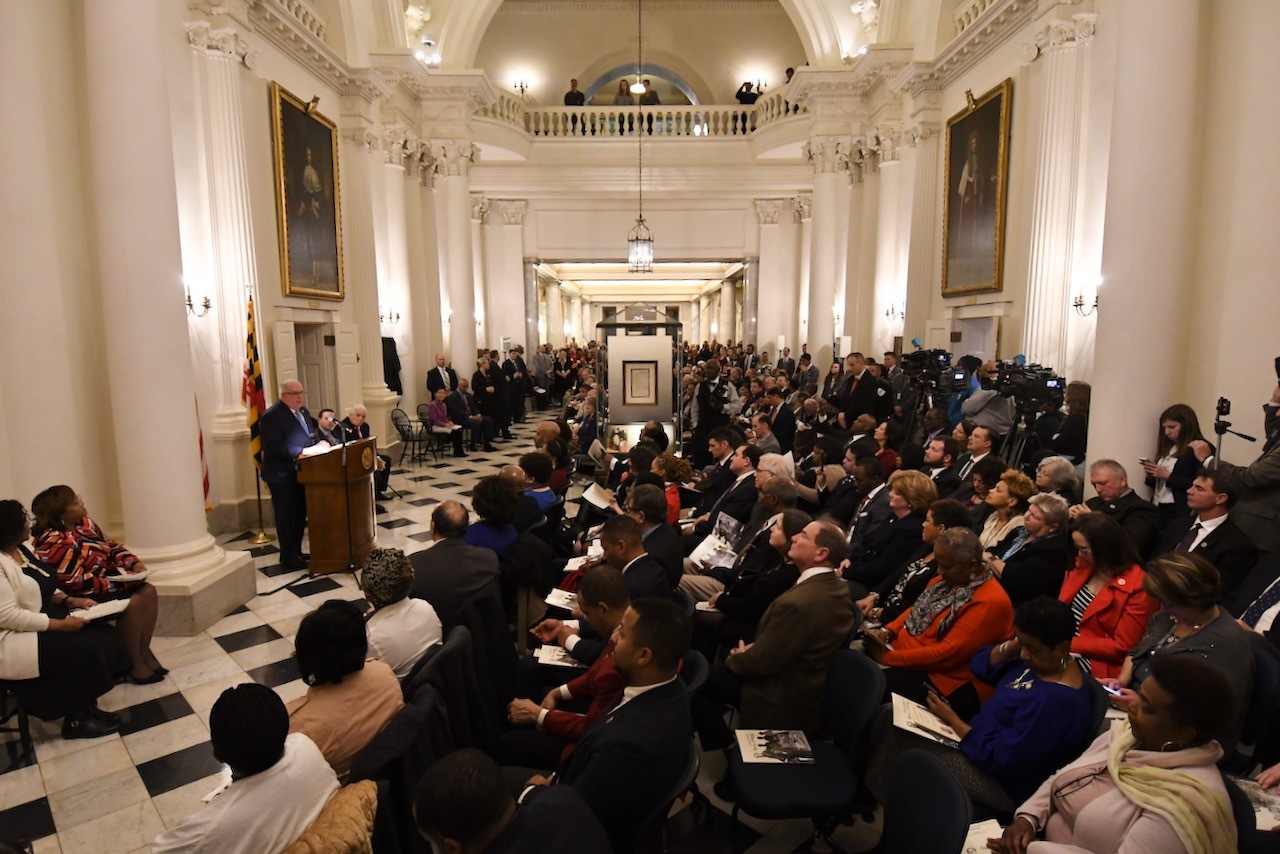 “As we commemorate Black History Month, it is my immense honor to dedicate these two statues and to ensure that the lives and legacies of two of Maryland’s most important and most influential leaders—Harriet Tubman and Frederick Douglass—are permanently and formally enshrined in the history of our great state,” said Governor Hogan. “It is my hope that when we view these wonderful statues of these incredible heroes and reflect on the countless contributions of these remarkable leaders, it will remind each of us to always stand on the side of goodness and love, and on the side of unity and justice.”

Douglass and Tubman were born into slavery in the 19th century on the Eastern Shore of Maryland. A tribute to both Douglass and Tubman has been a topic of conversation amongst the state’s leaders since the completion of the Old Senate Chamber in 2016. Since that time, Maryland citizens have consistently expressed a desire to add these abolitionists to the public experience of the nation’s oldest working state house. 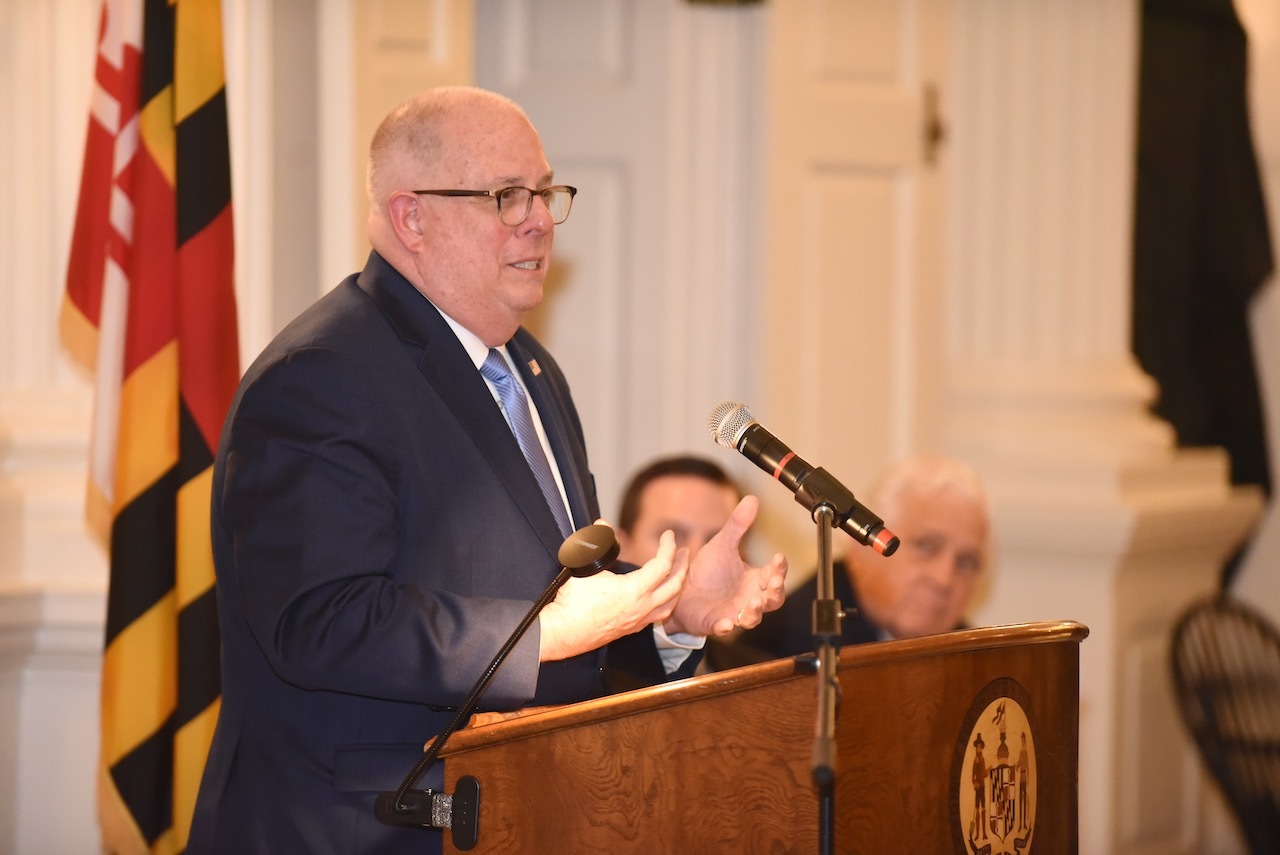 In January 2019, the Board of Public Works voted unanimously to approve a contract to design and install statues of Douglass and Tubman in the Old House of Delegates Chamber. Artistic property, like these statues, are the property of the Maryland State Archives. The Department of General Services is responsible for the procurement of the statue designs and the construction services, and managed the project diligently to complete the installation of the statues within a year of approval by the Board.

“General Services is proud to facilitate the procurement of the design, construction services, and installation for both the Frederick Douglass and Harriet Tubman statues,” said Maryland Department of General Services Secretary Ellington E. Churchill, Jr. “All Marylanders and visitors to the State House will have the opportunity to admire these national heroes for generations to come.”

Construction services included designing and installing the additional structural support that will preserve the historic integrity of the State House. The sculptures, cast in bronze, weigh approximately 400 – 500 lbs. each. General Services executed preliminary investigations to determine the structural constraints governing the potential placement of the statues within the chamber, as well as the means by which the statues could be introduced into the State House with minimal impact to the historic fabric of the building, including the existing timber framed floor and the extensive building infrastructure below. 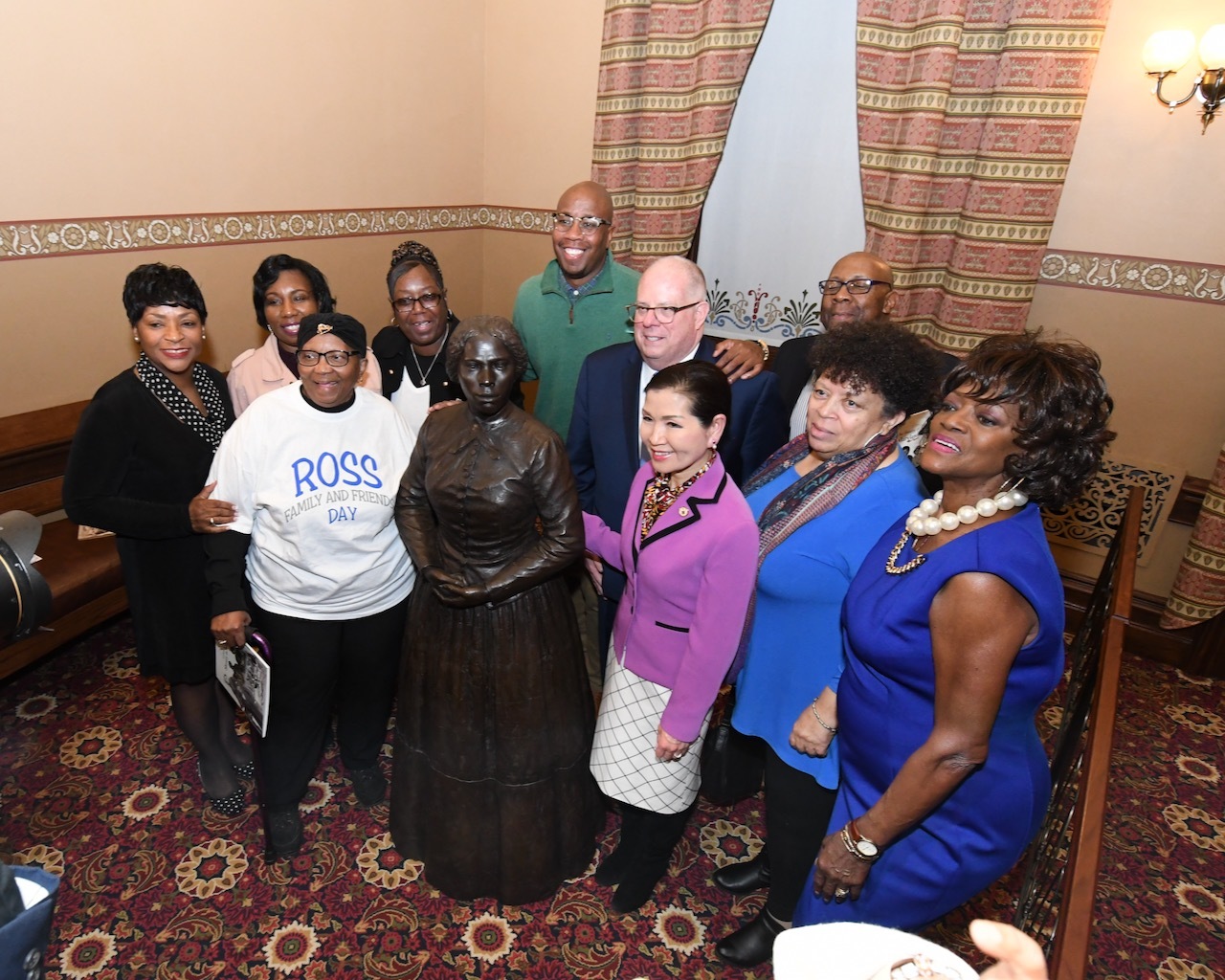 ”The inclusion of these two Marylanders, born as slaves and who self-emancipated, inside the room where slavery was finally abolished in Maryland on November 1, 1864, will greatly enhance the visitor experience in the State House,” said Elaine Rice Bachmann, deputy state archivist and secretary of the State House Trust.

The Archives curatorial team required a design of the sculptures that would be consistent with the statue of George Washington which resides in the old Senate Chamber. State Archives staff was responsible for the interpretation of each figure, including establishing the relative age of each figure during the relevant period of interpretation. They worked with StudioEIS of Brooklyn, New York to determine the figures’ stances, facial expressions, clothing, and other factors to serve as a guide for the figures’ development. State Archives also developed the interpretive exhibits in the Old House of Delegates Chamber, which will now include information about Douglass and Tubman and the new statues. 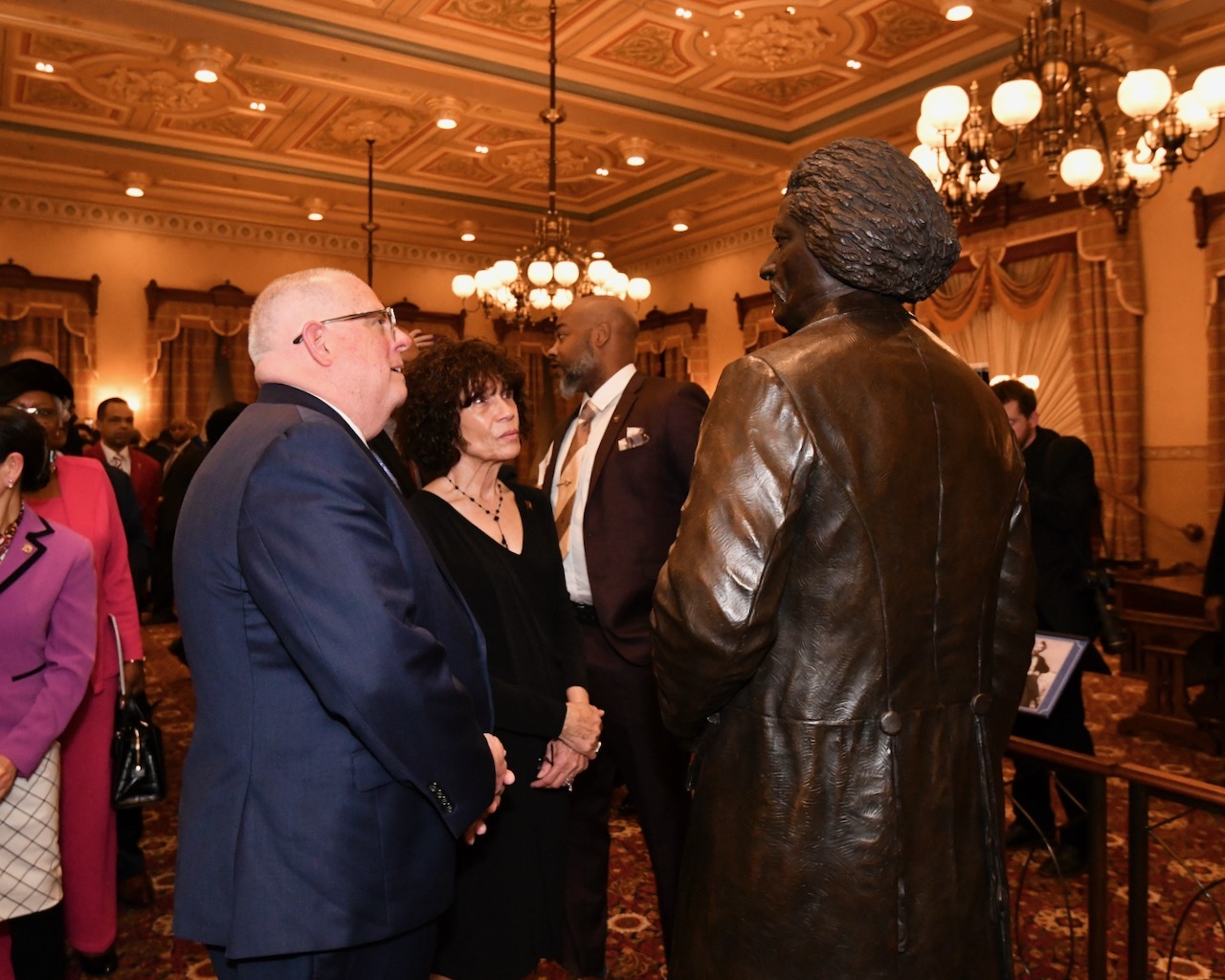 The Old House of Delegates Chambers will be reopened to the public on Tuesday, February 11 to reveal the new statues. On Saturday, February 15, the State Archives is hosting a day of free public events to celebrate the statues. Members of the legislature, Maryland state employees, and members of the public are welcome to attend and enjoy a number of activities, including guest speakers, a musical performance, children’s activities, and a panel discussion. A complete schedule of events can be found here.