ANNAPOLIS, MD—Governor Larry Hogan today announced that he is introducing the Universal School Start Act of 2020 requiring Maryland public schools to start after Labor Day, and ending the mass confusion of having Maryland’s counties each starting on different dates. This mass confusion was created by the General Assembly’s actions in 2019, when it cynically overturned the governor’s popular executive order requiring that school start after Labor Day.

“We have taken a lot of actions over the past five years, but I can’t think of a single one that has more widespread, enthusiastic support across the state,” said Governor Hogan. “But after two years of it working very well, and after the 2018 election was completed, last year in 2019 special interests snuck a bill in and legislators reversed himself and ignored the people again by reversing this common sense action with a misguided piece of legislation, which has the potential to cause mass confusion this fall and in future years with a potential for 24 different start dates spread over several weeks.” 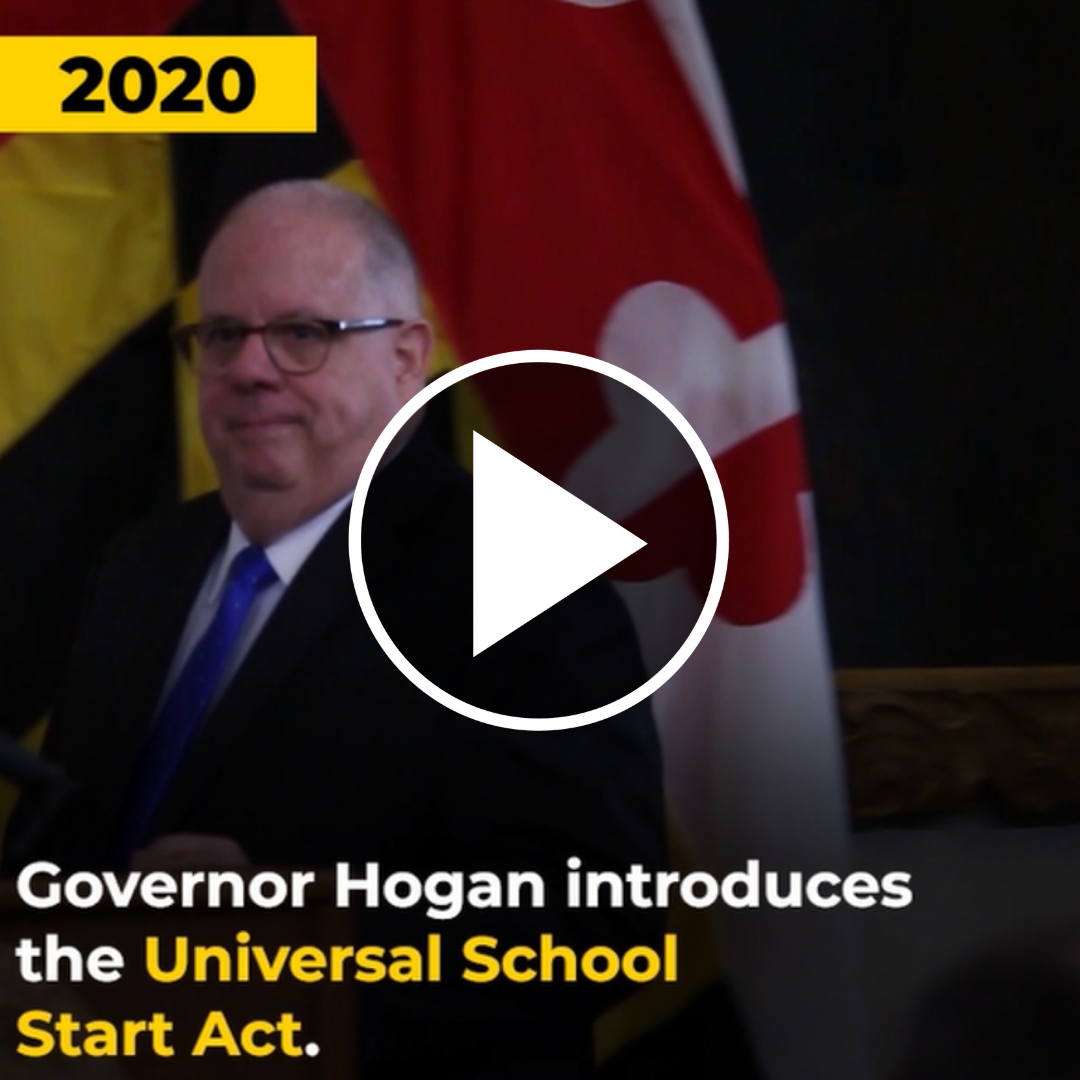 The Universal School Start Act of 2020 directly repeals the General Assembly’s politically motivated 2019 legislation and codifies the governor’s 2016 executive order requiring that Maryland’s public schools begin after Labor Day, and complete the 180 days that are required under state law. Polling has consistently shown that the overwhelming majority of Marylanders want school to start after Labor Day.

“The Universal School Start Act will repeal the legislature’s 2019 misguided bill and return our state to what the citizens actually want and have been demanding for years: the return of the school start to after Labor Day,” continued the governor.

School After Labor Day in Maryland: A Timeline

In 2013, following years of public pressure to return to a traditional school calendar, the Maryland General Assembly voted by an overwhelming 170-7 margin to pass legislation creating a state commission to study moving the school start date to after Labor Day, which was signed into law by former Governor Martin O’Malley.

This initiative had the support of Comptroller Peter Franchot, as well as legislative leaders including Senate President Thomas V. Mike Miller. From 2013 to 2016, a total of five bills were introduced to require starting school after Labor Day—sponsored by dozens in both parties—which failed to pass, in large part due to political pressure.

In September 2016, after the General Assembly repeatedly failed to act, Governor Hogan signed an executive order to finally enact the recommendation of the legislative task force and the will of Marylanders by requiring school calendars to start classes after Labor Day beginning in the 2017-18 school year.

However, in 2019, the General Assembly again ignored the will of the people and passed legislation to turn back the clock on this common sense action, creating the mass confusion of different counties starting school on different dates. The Universal School Start Act of 2020 repeals that irresponsible action and restores what the overwhelming majority of Marylanders want and have been demanding.