ANNAPOLIS, MD—Governor Larry Hogan today hosted a ceremony to kick off the year-long celebration of the 175th anniversary of the United States Naval Academy, one of the nation’s most historic and distinguished institutions. The governor was joined by Vice Admiral Sean Buck, the 63rd Superintendent of the Naval Academy, Captain Thomas Buchanan, 88th Commandant of Midshipmen, and Naval Academy midshipmen and personnel as he presented an official proclamation recognizing this milestone. 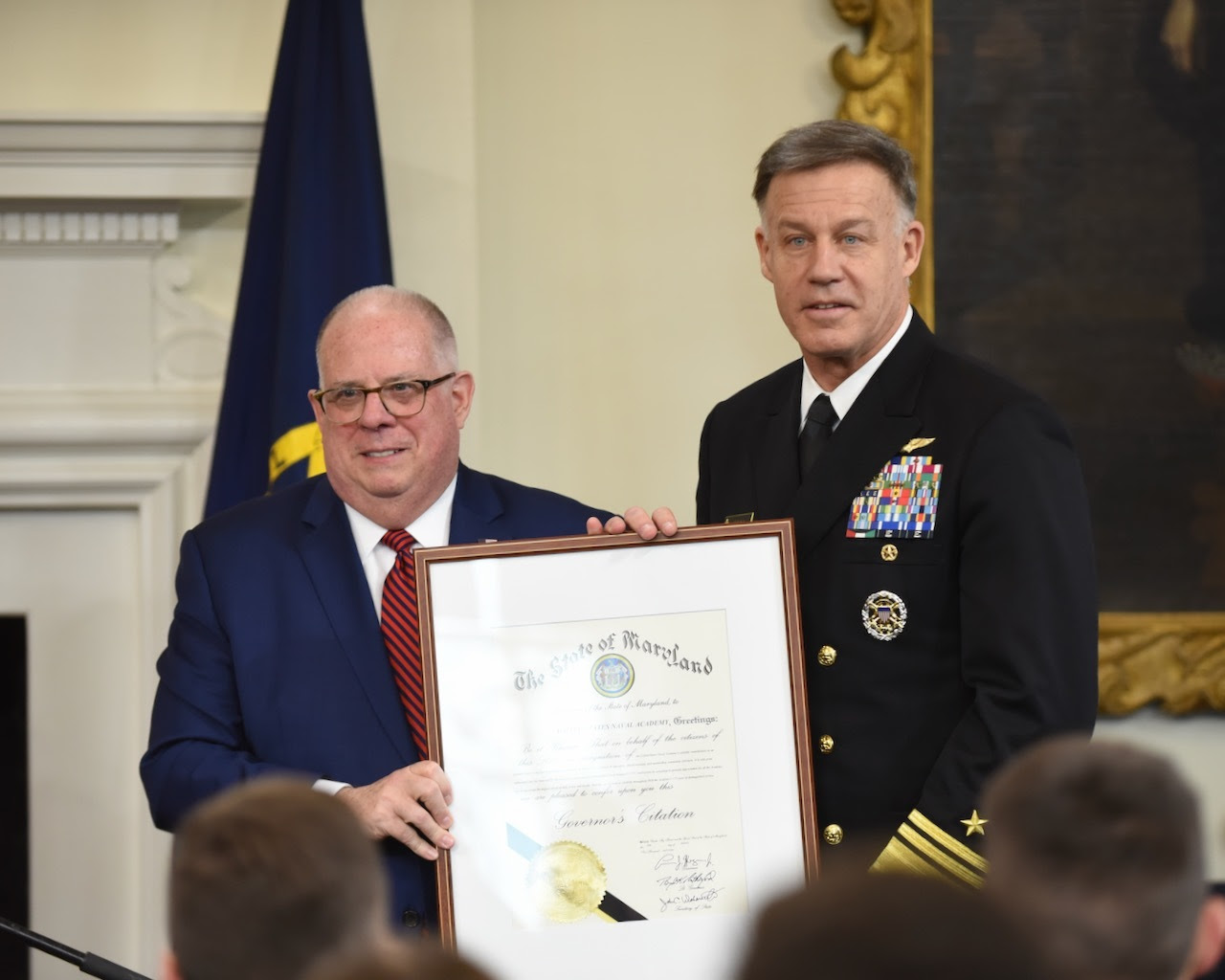 “It gives us a great deal of pride to have the Naval Academy here in the State of Maryland. The academy truly is the crown jewel of our capital city of Annapolis,” said Governor Hogan. “We are immensely proud of the young midshipmen who will one day lead our nation’s Navy and Marine Corps. So on behalf of all the people of Maryland, I want to express our sincere appreciation to each and every one of you for your service to our nation.” 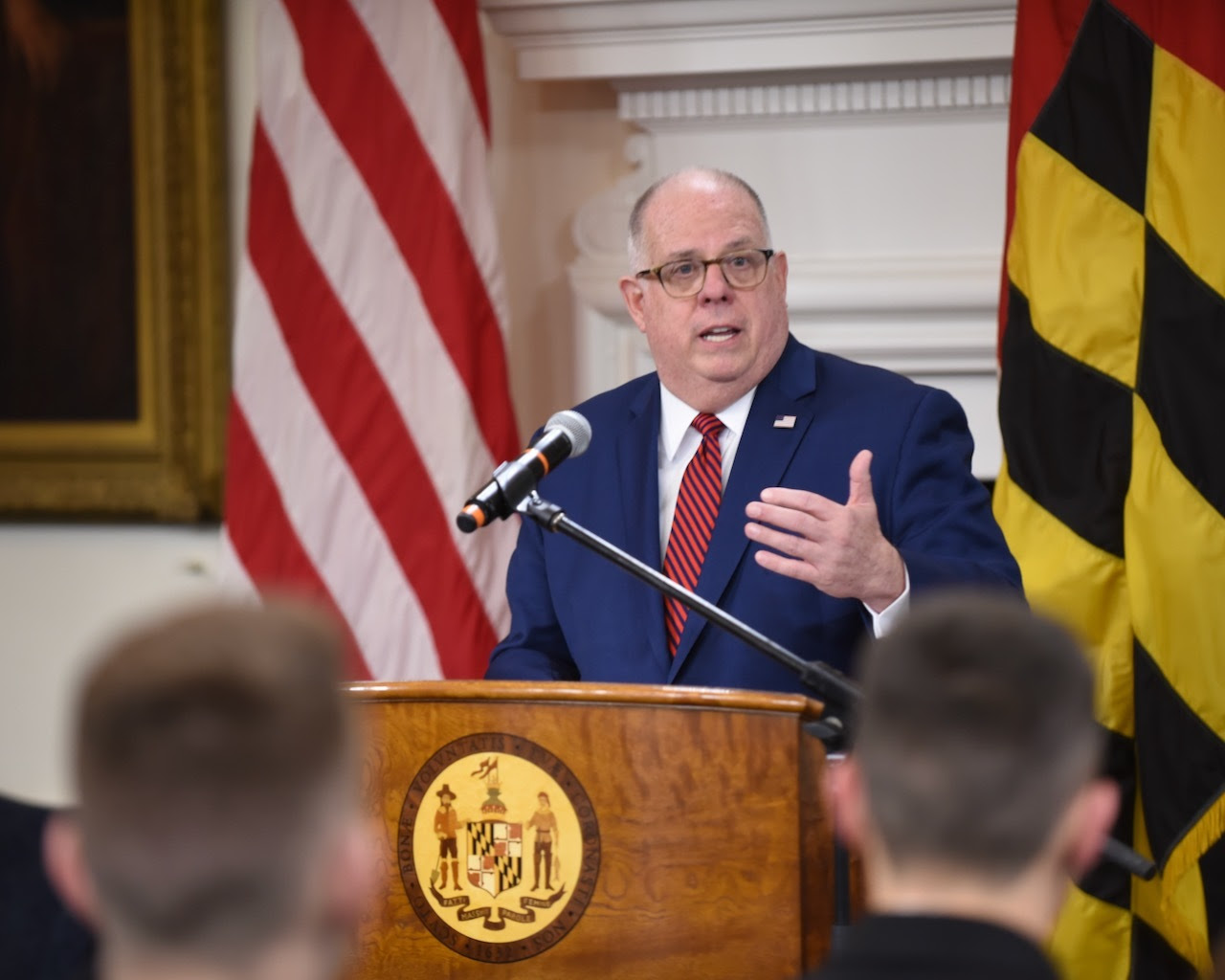 The governor also honored the memory of Captain Ned Shuman, a 1954 graduate of the Naval Academy who flew 17 combat missions and spent five years as a cellmate alongside U.S. Senator John McCain as a P.O.W. during the Vietnam War. Captain Shuman’s wife, Donna, is a valued member of the governor’s staff. She has served in the State House for nearly four decades, in the administrations of six Maryland governors.

“The Naval Academy has produced generations of American heroes who have served our country, in war and peace, at home and abroad, with great distinction,” the governor continued. “It is that very spirit of sacrifice and service, exemplified through the lives of Donna’s husband, Ned Shuman, and John McCain and so many others, that we honor and commemorate today and will throughout the months ahead on this 175th anniversary year of one of America’s most distinguished institutions.” 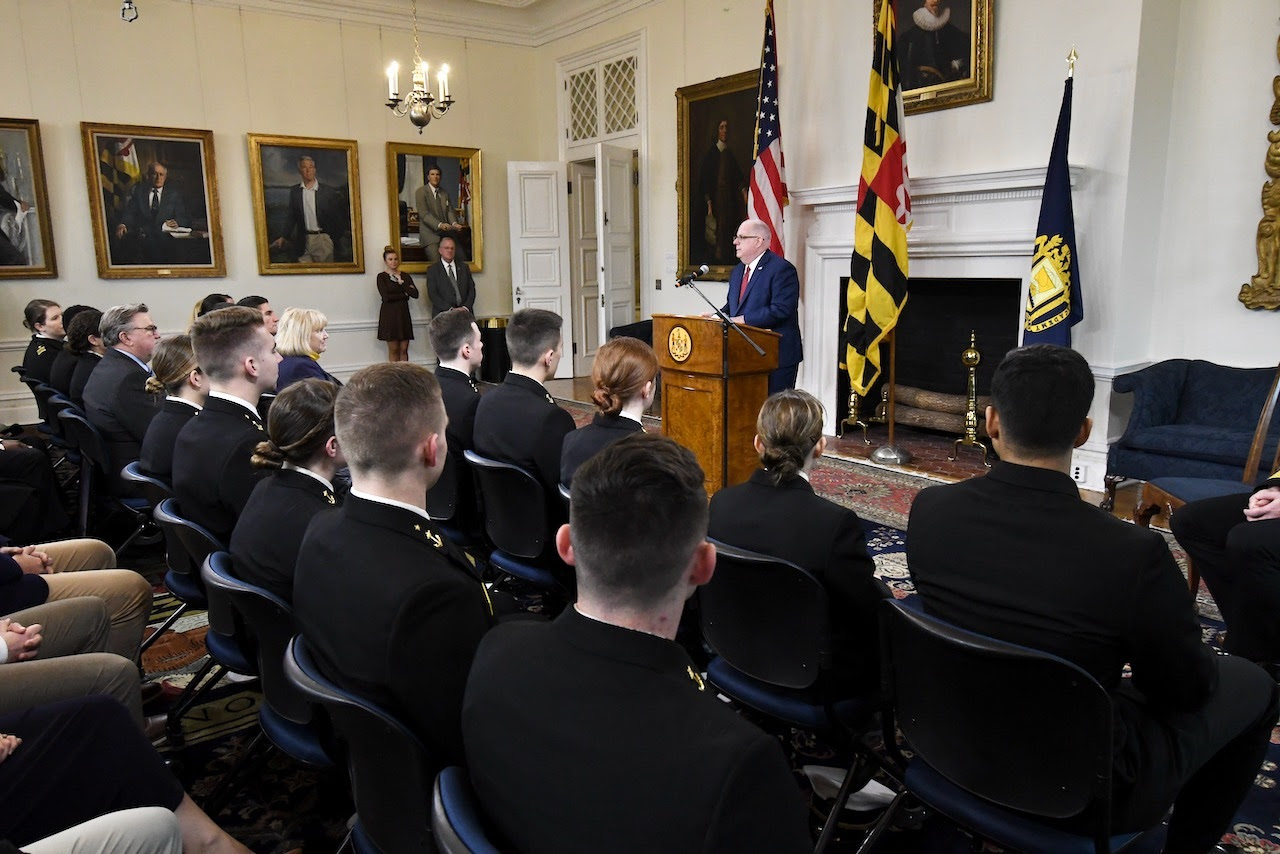 In 1845, a Naval School was established at Fort Severn, a 10-acre Army post in Annapolis, for 50 midshipmen and seven professors. It formally became the United States Naval Academy in 1850, and in the years since, it has become an elite, globally recognized institution that produces some of America’s finest sailors and leaders.