“We are very proud of this FY 2021 budget which funds all the state’s top priorities while maintaining $1.3 billion in reserves and limiting budget growth to 1% without raising taxes, without cutting services, and without raiding dedicated special funds, which had become a common practice in years past,” said Governor Hogan. “I look forward to working together with the House and the Senate in a bipartisan and collaborative fashion, and I’m eager for them to begin their role in the budget process.”

The full budget is available online.

This morning, Governor Hogan hosted lawmakers from both sides of the aisle for a fiscal summit breakfast at Government House to present the details of his budget, which has been formally submitted to the General Assembly. 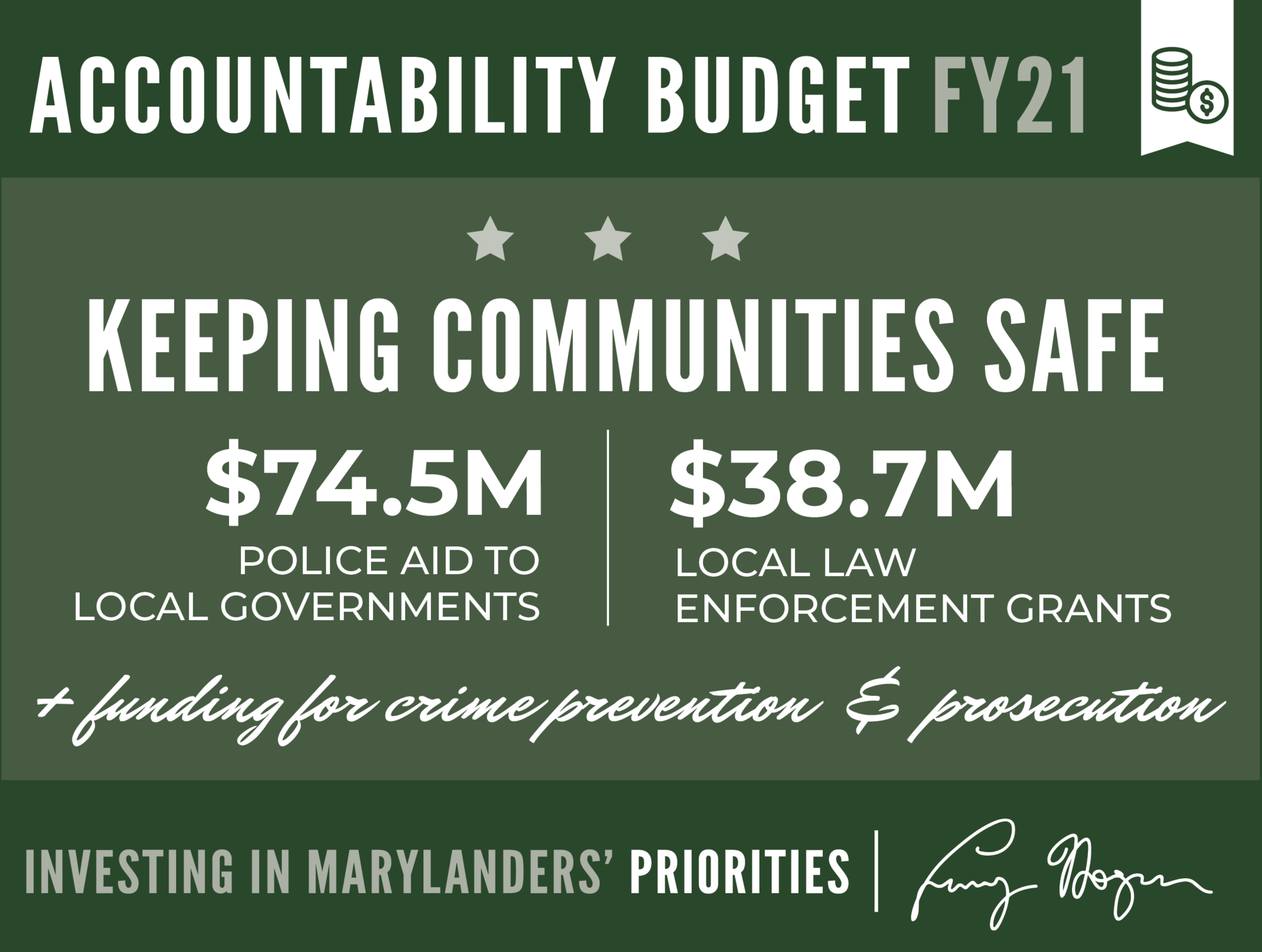 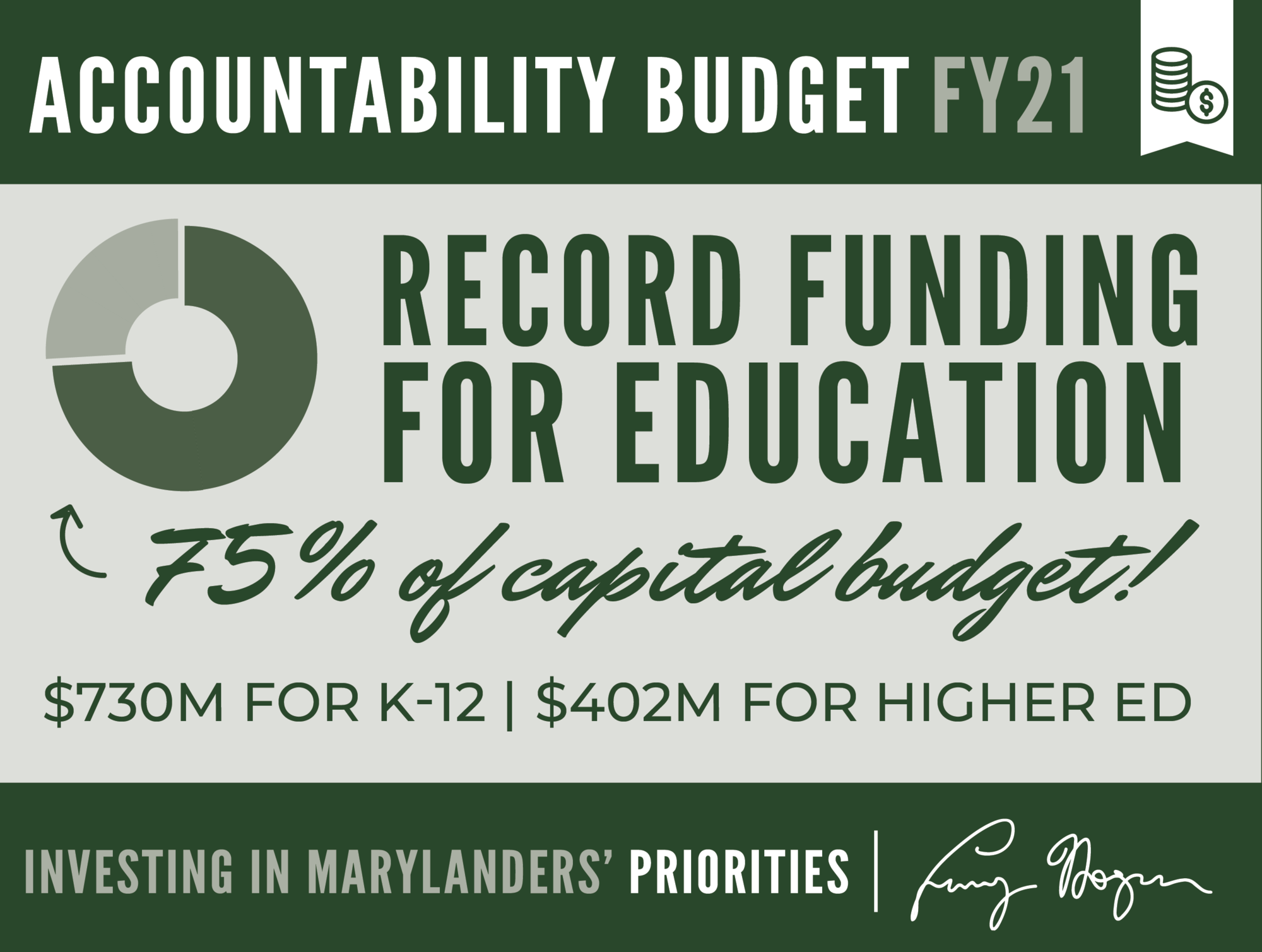 Record Spending on Mental Health and Substance Use Disorder Programs 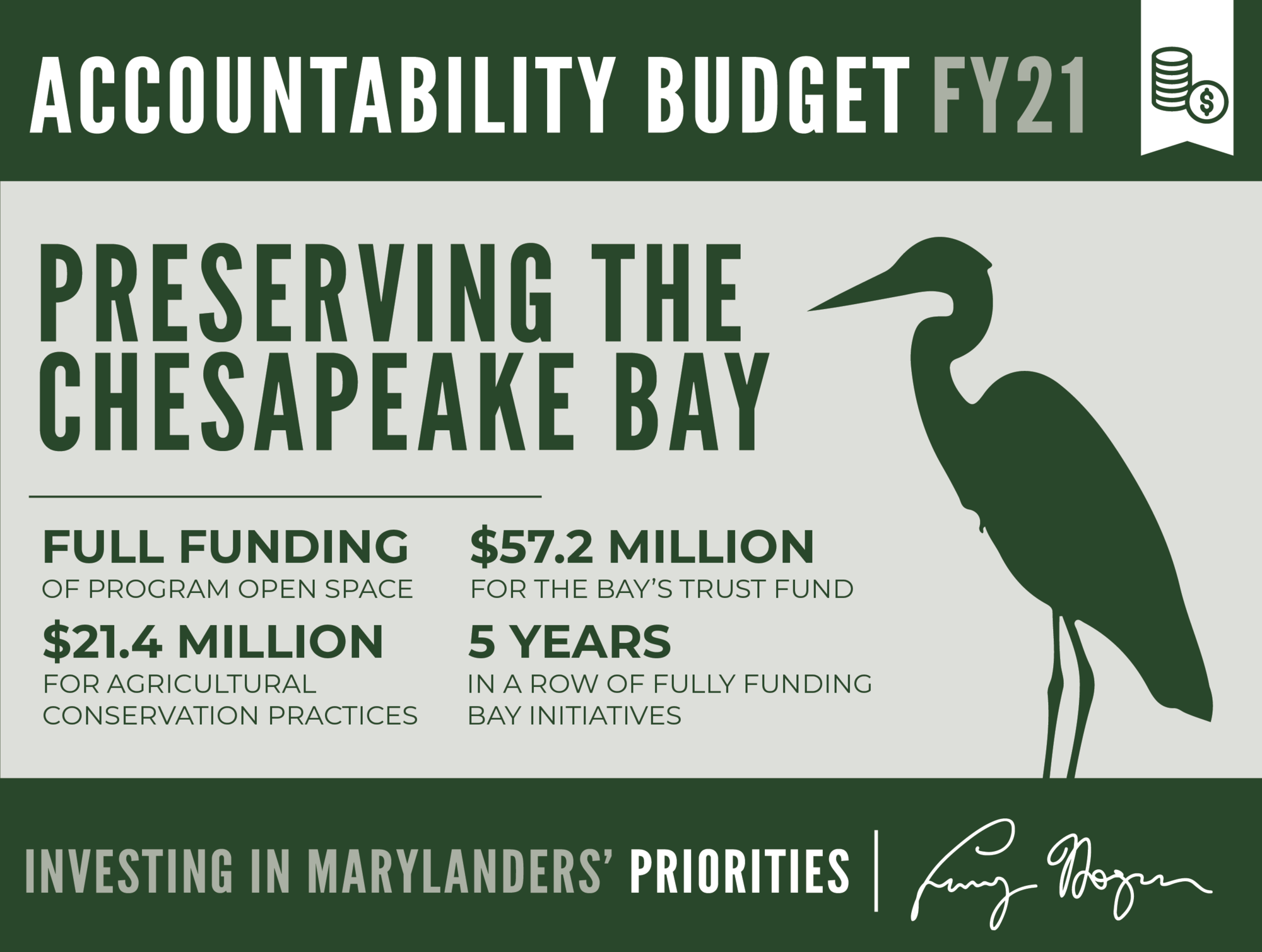 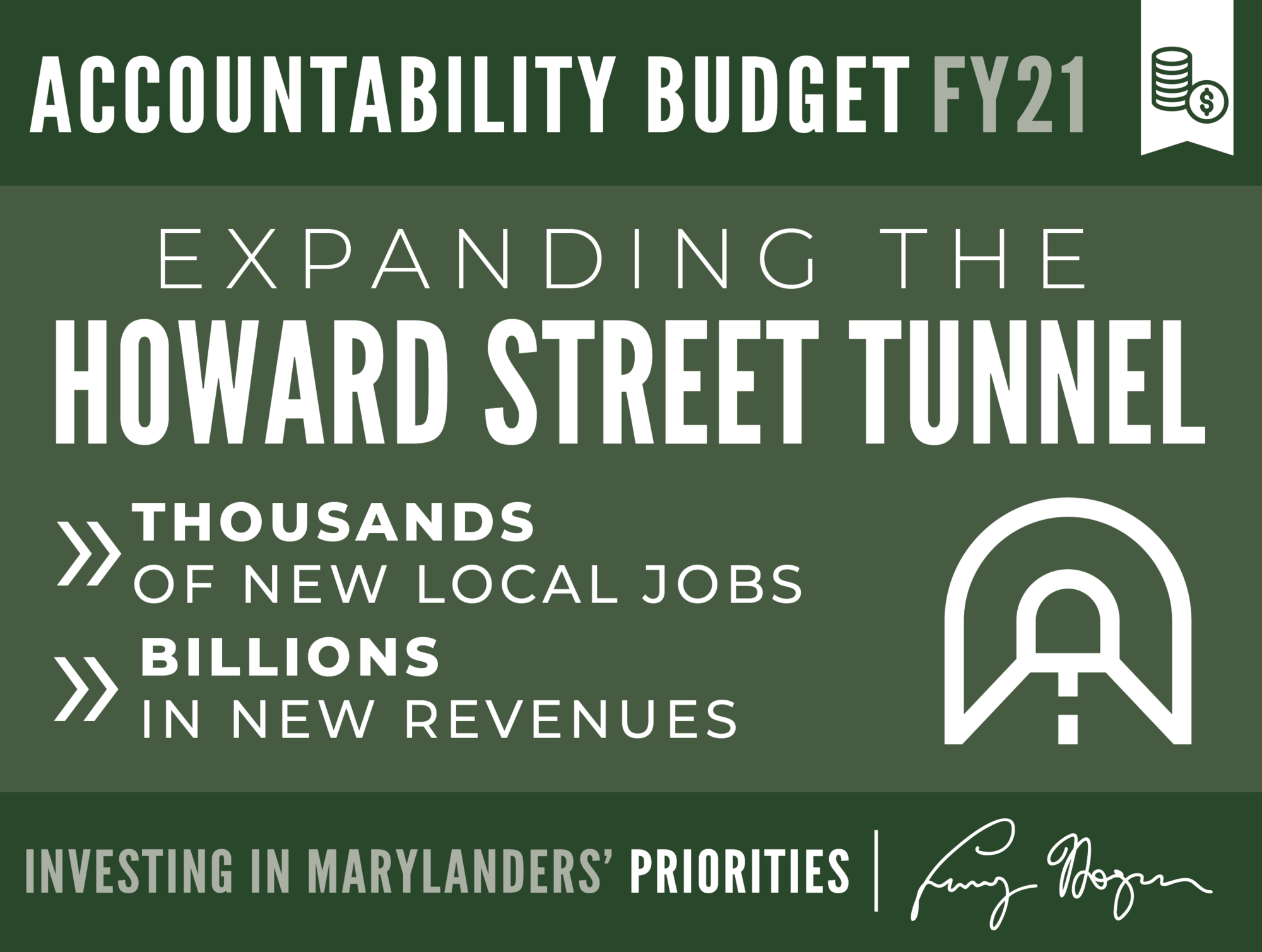