“Canada is one of Maryland’s most crucial trade partners, and this relationship is essential to the prosperity of the continent,” said Governor Hogan. “Premier Ford and I are working to ensure the ratification of the United States-Mexico-Canada Agreement, which will create jobs, strengthen economic ties, and establish a more level playing field for our workers and businesses. Maryland and Ontario have many shared strengths, and I look forward to pursuing further opportunities to build our partnership.” 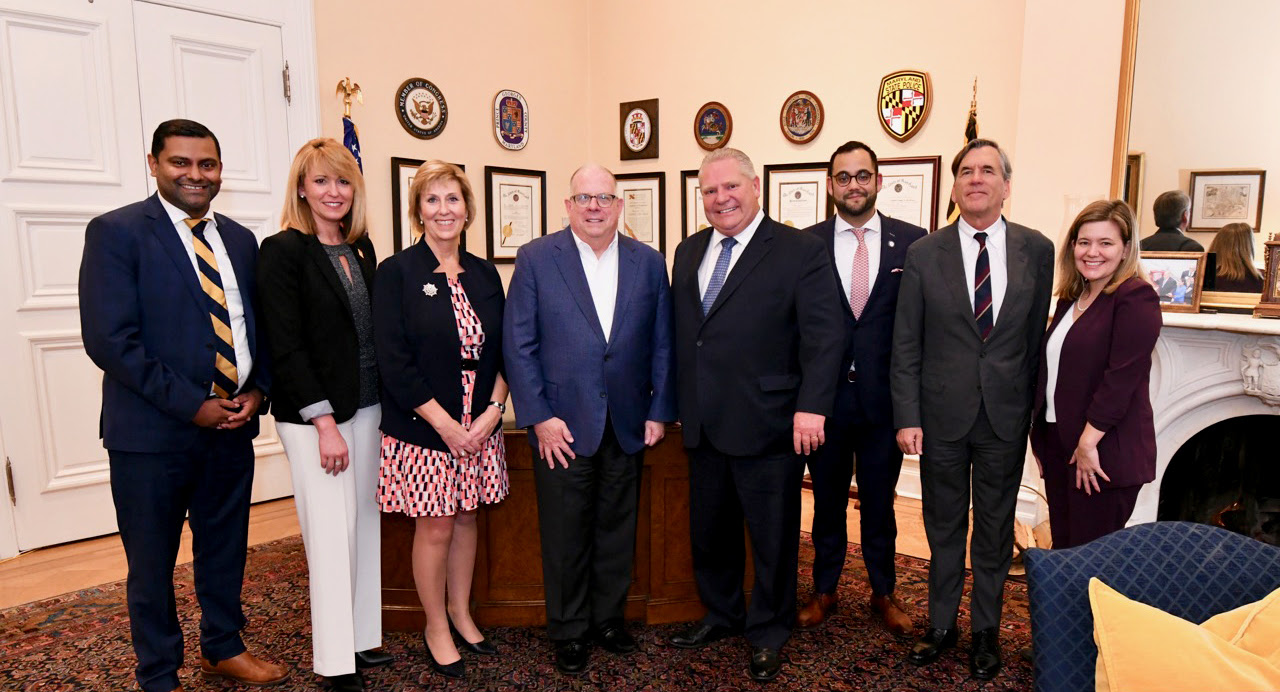 As chairman of the National Governors Association, Governor Hogan is working to bring leaders from across North America together in support of the United States-Mexico-Canada Agreement. Over the past year, Governor Hogan has repeatedly urged leaders in Washington to ratify this critical trade deal.

Governor Hogan also discussed his NGA chairman’s initiative, Infrastructure: Foundation for Success. Following successful summits in Boston, Australia, and Detroit, the governor will lead a multi-state delegation to Toronto next spring. Ontario is investing $144 billion over the next decade in strategic infrastructure projects, including unprecedented investments in transit.

“Ontario has strong trade ties with Maryland, and I’m looking forward to meeting with business leaders and officials to explore opportunities to promote Ontario’s world-class infrastructure expertise,” said Minister Scott. “Our message is clear: Ontario is one of the best places to build and invest.” 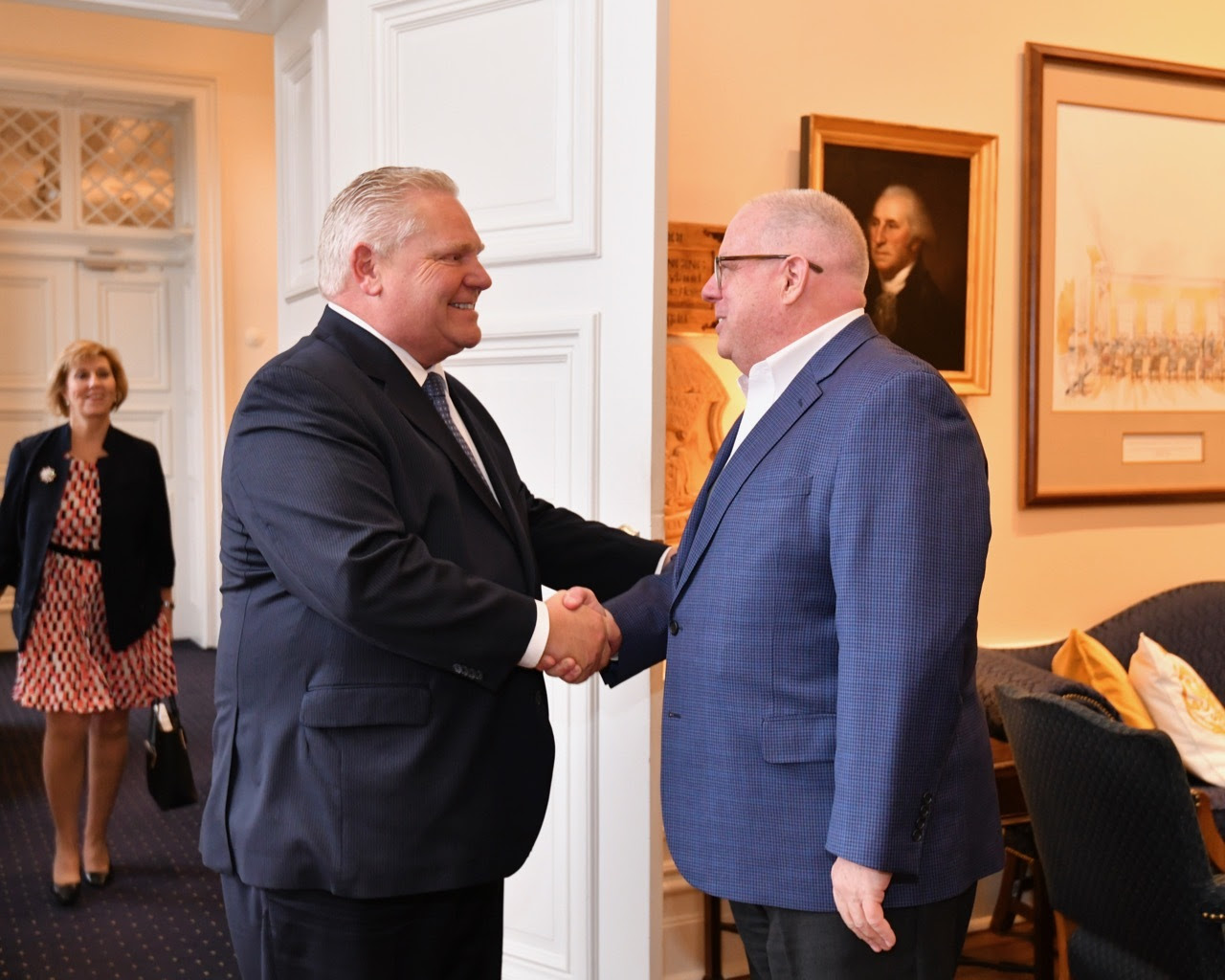 Governor Hogan visited Ontario in 2017 as part of a two-day joint tourism and economic development mission to Canada. Canada is Maryland’s number one export partner, and 205,500 Maryland jobs depend on Canadian trade and investment. Over 130 Canadian-owned companies currently operate in Maryland, contributing $590 million to the state economy.

Governor Hogan has been committed to growing and strengthening Maryland’s international relationships. Yesterday, he hosted a delegation of 23 European Union ambassadors and officials at Government House, where topics of discussion included education, climate change, public health, and trade.