ANNAPOLIS, MD—Governor Larry Hogan today hosted a delegation of European Union ambassadors and officials for talks on economic and security priorities. The delegation was led by the Ambassador of the European Union to the United States, Stavros Lambrinidis.

The governor and First Lady Yumi Hogan welcomed the delegation to Government House, where topics of discussion included education, climate change, public health, and the EU’s role as the state’s number one trading partner. As chairman of the National Governors Association, Governor Hogan also discussed his national initiative, Infrastructure: Foundation for Success, and opportunities for stronger economic partnerships with EU nations.

“The United States has no stronger partner than our European allies. We are all working together every day to help advance a transatlantic agenda based on a common history, shared values, and enduring ties,” said Governor Hogan. “There is a great deal that we can learn from our partners in Europe, and that is a dialogue we look forward to advancing.” Maryland’s annual exports to the EU are more than $7.6 billion, and over 77,000 Maryland jobs have been created from EU investment. More than 550 businesses in Maryland are owned by EU member state companies, and some of Maryland’s biggest private sector leaders, including Under Armour, Lockheed Martin, Marriott, and McCormick are doing business all over Europe. 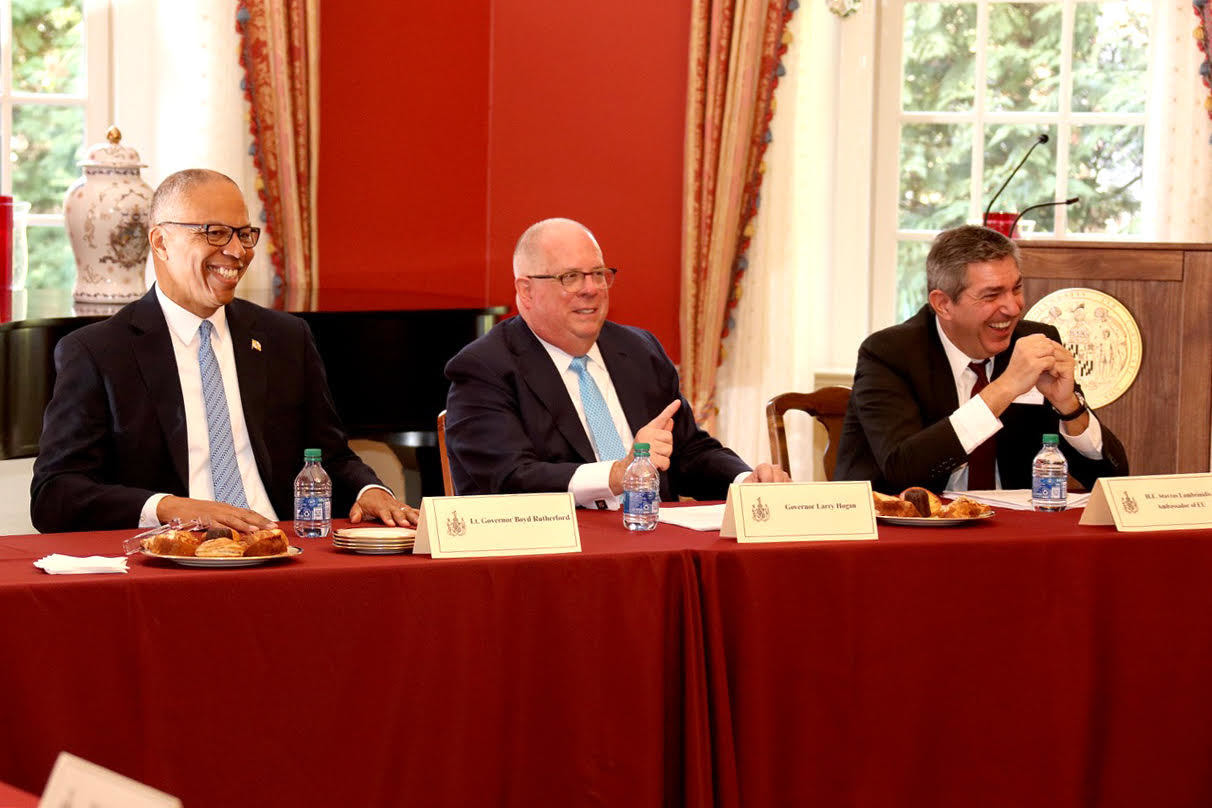 The EU delegation will spend the day visiting historical and iconic Maryland landmarks, including the United States Naval Academy, Fort McHenry, and the National Aquarium. The EU is represented in the United States by the Washington, D.C. Delegation of the European Union, which works in close coordination with the Embassies and Consulates of the 28 EU member states.