ANNAPOLIS, MD—Governor Larry Hogan began the Adelaide portion of his infrastructure and economic development mission to Australia by signing a Memorandum of Understanding with South Australian Premier Steven Marshall to foster strong economic and security ties, particularly in the cybersecurity and satellite technologies sectors. The signing followed a speech by Governor Hogan at a major cybersecurity conference, where he talked about Maryland’s standing as the “Cyber Capital of America.”

“America and Australia have fought side-by-side in every conflict for the past 100 years, but our mateship is also rooted in our shared vision for the future, and that vision depends upon us confronting common threats,” said Governor Hogan. “There are incredible things being done here in South Australia when it comes to aerospace, defense, and cybersecurity, and the state of Maryland shares many of these very same strengths. Through collaboration and cooperation, we can better address the rapidly emerging and evolving cybersecurity challenges facing our nation and the world.” 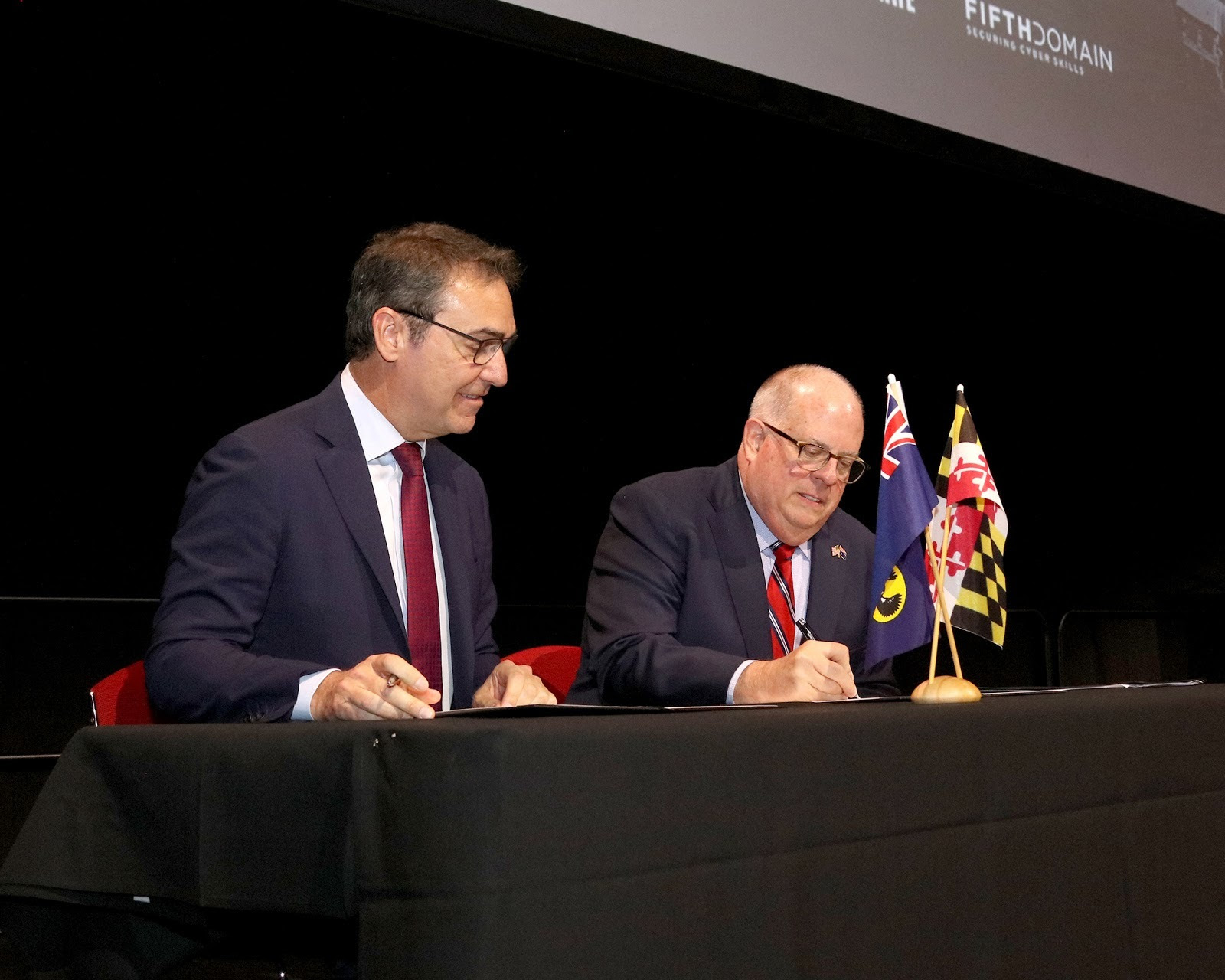 Governor Hogan and South Australian Premier Steven Marshall signed a Memorandum of Understanding to strengthen the relationship between their two states and foster strong economic and security ties. The agreement, which will be in effect for three years and may be extended, will encourage collaboration between Maryland and South Australian companies and support investment and trade activities, particularly in the cybersecurity and satellite technologies sectors. 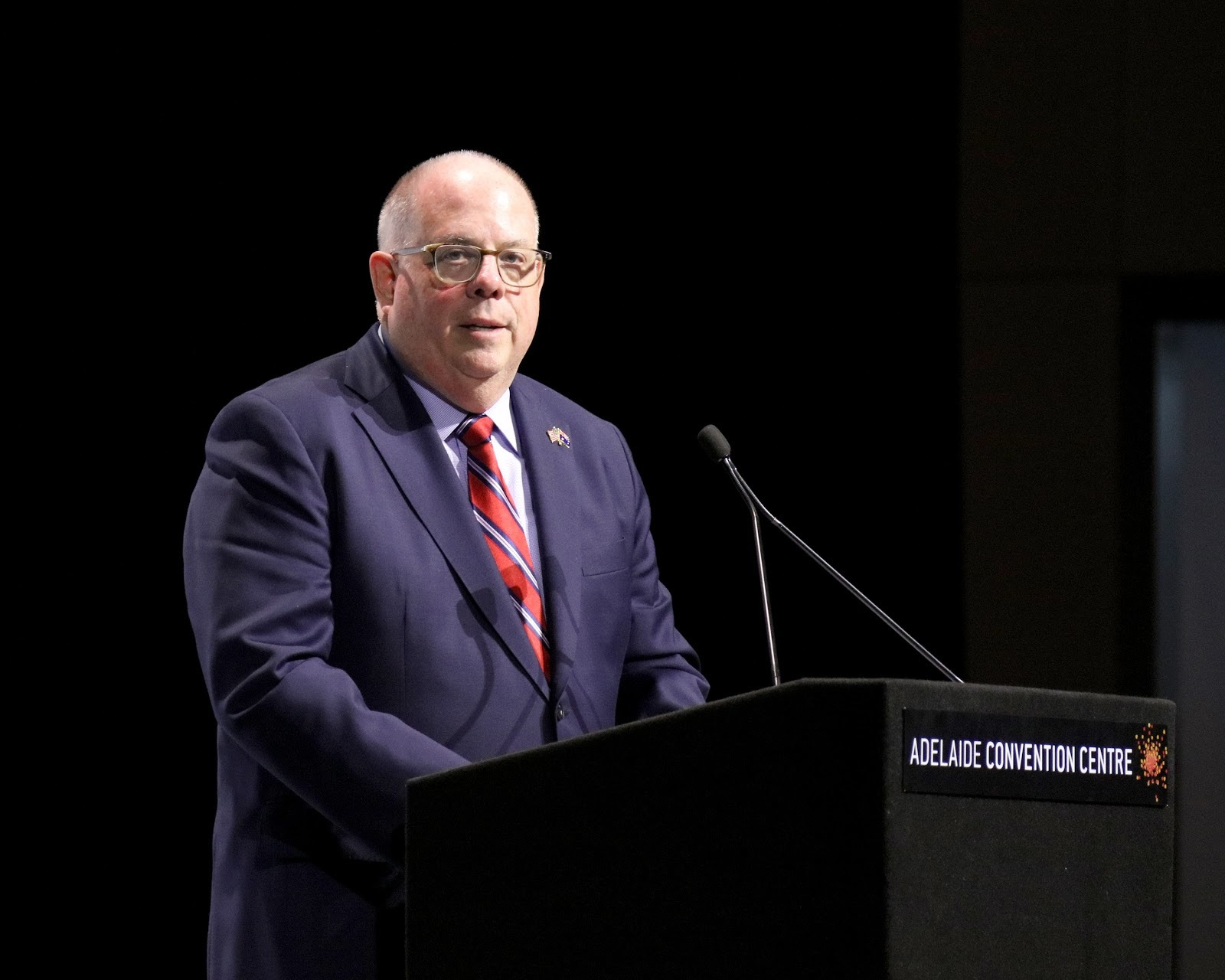 Governor Hogan touted Maryland’s standing as the “Cyber Capital of America,” home to 1,200 private sector cybersecurity companies, world-class universities that are issuing more cybersecurity degrees than any other state in America, and installations that include the National Security Agency and the U.S. Cyber Command. Maryland was one of the very first states in America to recognize the importance of information security as a strategic industry, and the Hogan administration has prioritized building global cybersecurity relationships with partners in Israel, Estonia, the United Kingdom, the Netherlands, South Korea, Australia and more. 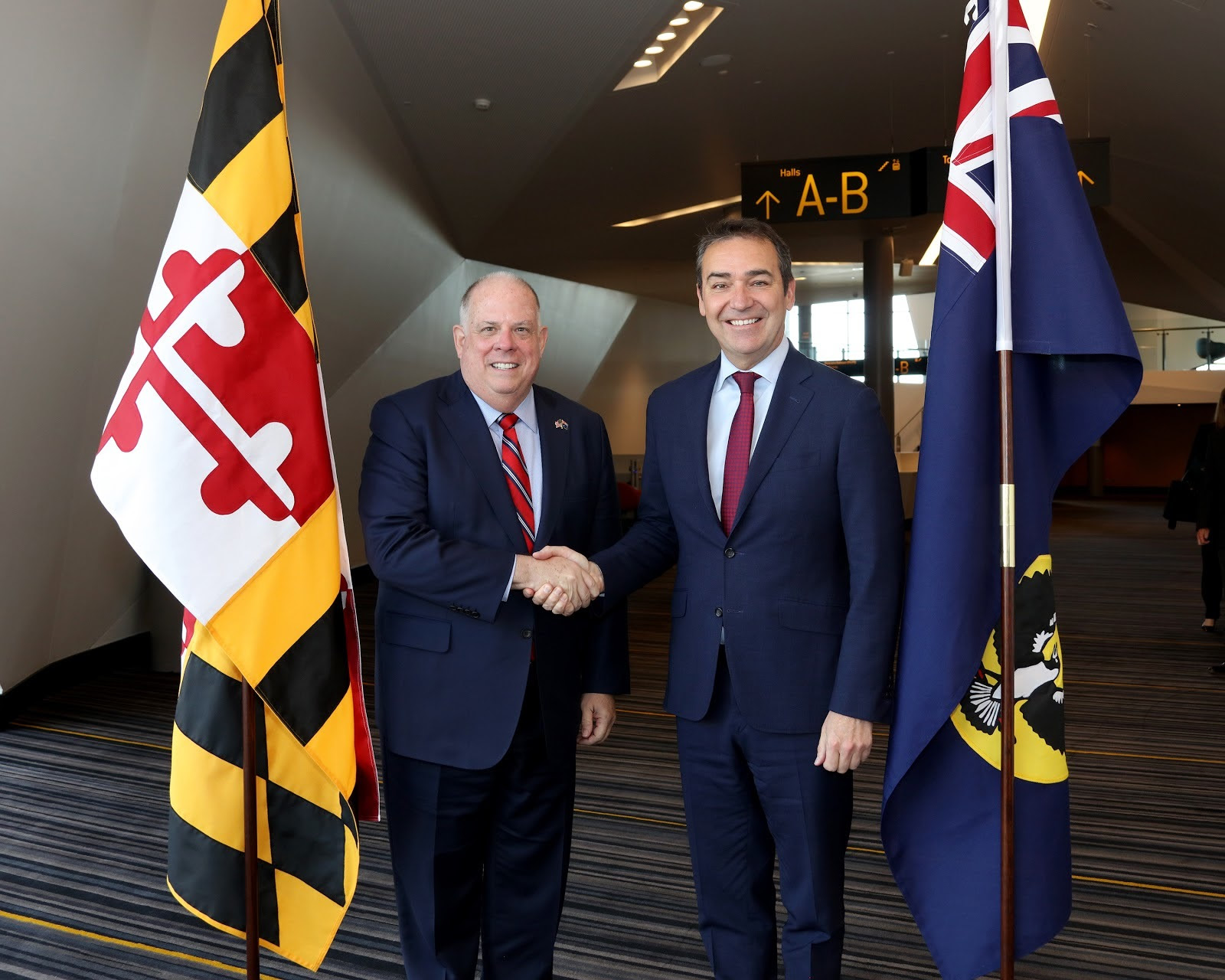