ANNAPOLIS, MD—Governor Larry Hogan has wrapped up another productive day of meetings and events in Australia, where he is promoting economic development for Maryland and his infrastructure initiative for the National Governors Association (NGA). The governor’s day in Sydney on Tuesday included highlighting a major agreement between Maryland and Australian enterprises, visiting the country’s biggest road project, and addressing an economic forum of business leaders.

“We decided to take our infrastructure initiative international, beginning right here in Australia,” said Governor Hogan. “There is no better partner for America than the Commonwealth of Australia, and no better time than now, as we celebrate the beginning of the second century of the U.S.-Australia mateship.” 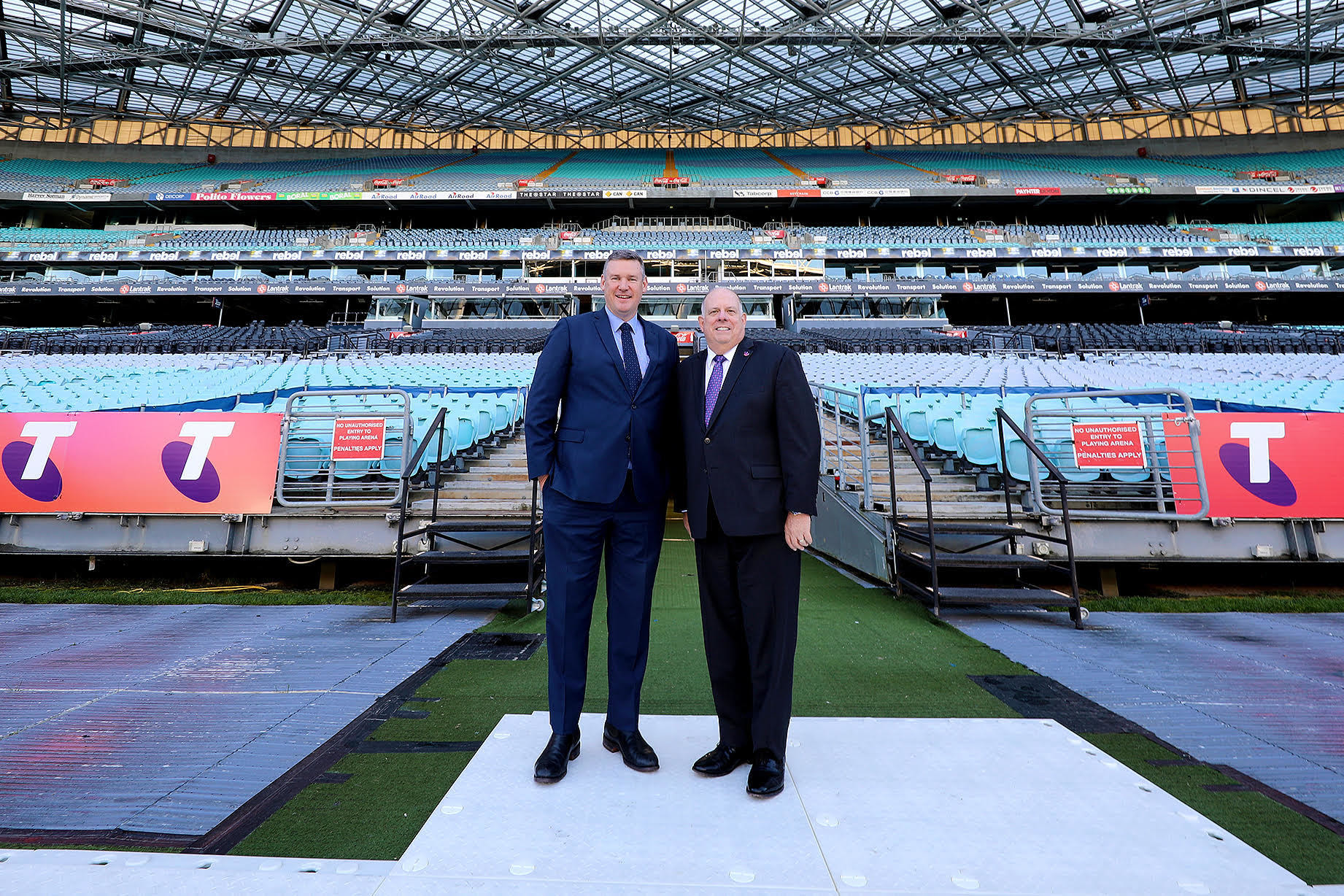 At ANZ Stadium—a host of the 2000 Summer Olympics—Governor Hogan joined representatives from Venues New South Wales to highlight a partnership with Matrax. Headquartered in Columbia, Md., Matrax offers custom matting solutions that will be used at ANZ Stadium and Bankwest Stadium to enable them to host more events while protecting their playing fields. The Maryland Department of Commerce helped facilitate this partnership through the ExportMD grant program.

“Maryland is consistently named one of the top American states for innovation, and Matrax is a shining example of this,” said Governor Hogan. “We were proud to work with Matrax, and the result is this $1 million deal for 12,400 square meters of stadium flooring. We are pleased that ANZ will be using these mats for the first time at a concert featuring another wonderful and cherished American export: Metallica.” 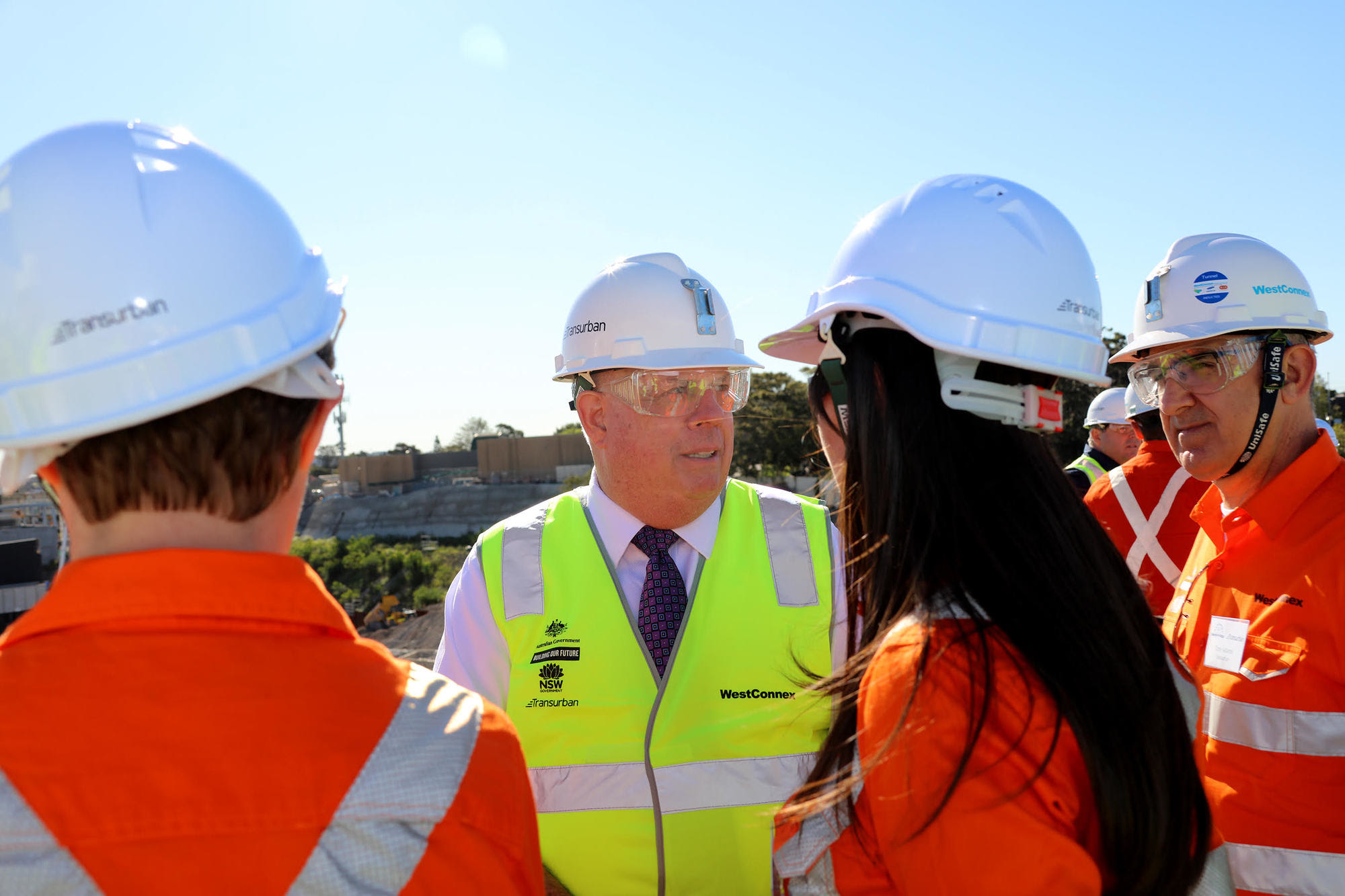 The governor’s delegation continued its series of site visits as it took a firsthand look at the M5 motorway project, which is a critical part of WestConnex, Australia’s biggest road infrastructure project. WestConnex incorporates roadways with a system of tunnels designed to ease congestion, improve links between key employment hubs, and enhance quality of life in Sydney. Earlier in the week, the governor visited an integrated transit development and the country’s largest container port as he exchanges infrastructure ideas with leaders of Australia’s public and private sectors. 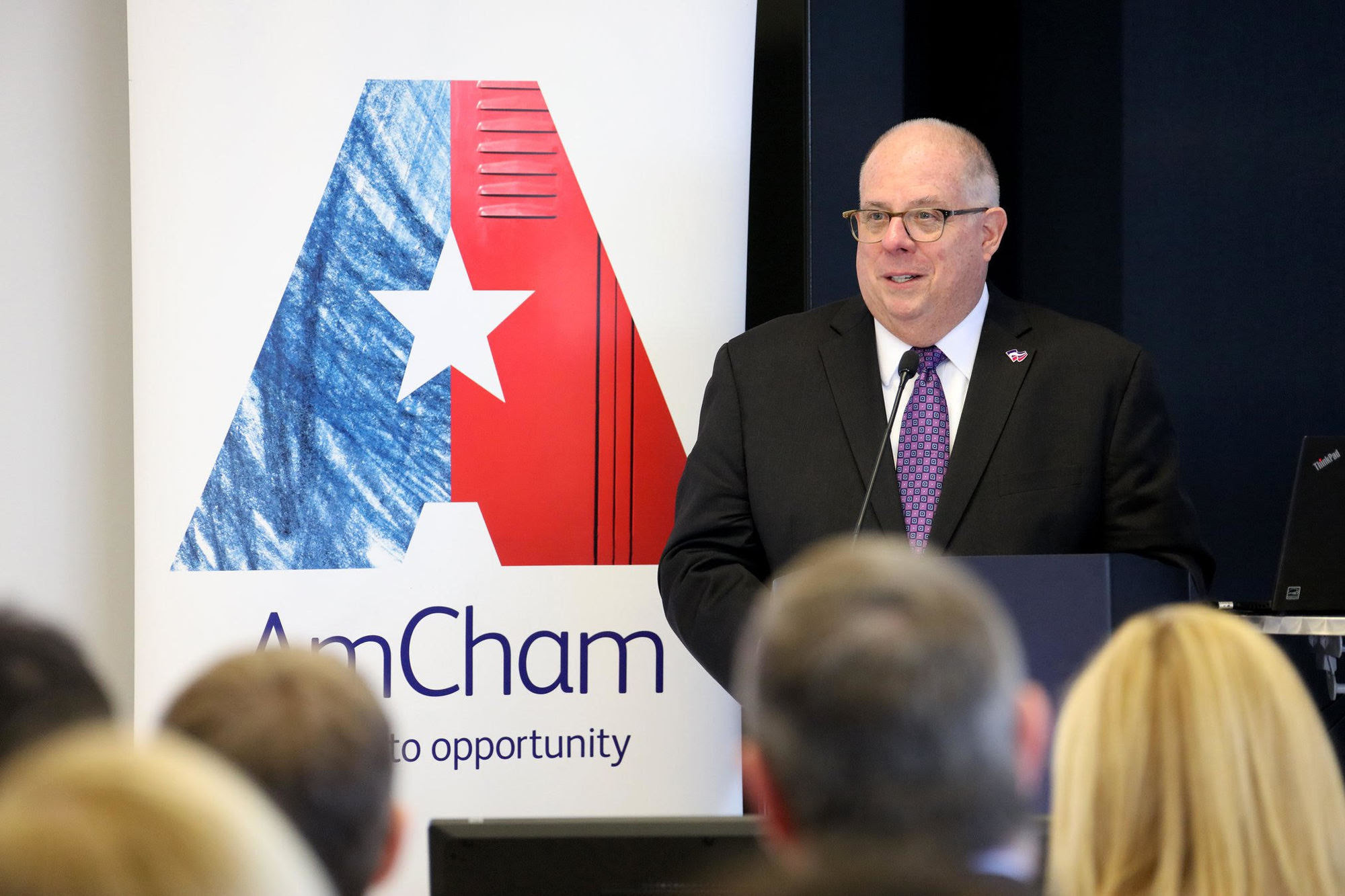 Governor Hogan delivered remarks at an economic forum hosted by the American Australian Association, the American Chamber of Commerce in Australia, and Austrade. The governor discussed his national infrastructure initiative and touted the balanced, all-inclusive approach taken in Maryland. Additionally, Maryland Secretary of Commerce Kelly Schulz and Maryland Transportation Authority Executive Director Jim Ports made a presentation focused on how Maryland is a great place to invest, hire, and do business.