ANNAPOLIS—Kicking off his infrastructure and economic development mission in Sydney, Governor Larry Hogan met with senior Australian officials, including Deputy Prime Minister Michael McCormack, and visited critical regional infrastructure projects. The governor is leading a bipartisan delegation of state leaders to advance the infrastructure initiative he has launched as chairman of the National Governors Association.

“America and Australia are the closest of allies, committed to building even stronger economic and security ties,” said Governor Hogan. “The Deputy Prime Minister and I reviewed several bilateral issues and reaffirmed the importance of working together in a host of areas, including transportation, aerospace, and cybersecurity. We agree that infrastructure is vital to the strength of our economies and the well-being of our people, and I look forward to continuing to exchange ideas with our counterparts throughout the week.” Joined by Lieutenant Governor Dianne Primavera of Colorado and transportation secretaries from Washington and Louisiana, Governor Hogan led a roundtable discussion with Australian government officials and business leaders. The delegation held a working lunch with Australian Deputy Prime Minister Michael McCormack, who also serves as minister for infrastructure, transport and regional development, and South Australia Premier Steven Marshall, who chairs the Council for the Australian Federation, among other Australian national and subnational leaders. In the morning, the governor’s delegation visited Sydney’s first integrated metro station development. Located in the busiest part of the Central Business District, the Martin Place Station project is being created to meet the needs of this rapidly growing region, with commercial development, retail space, and better pedestrian connections. 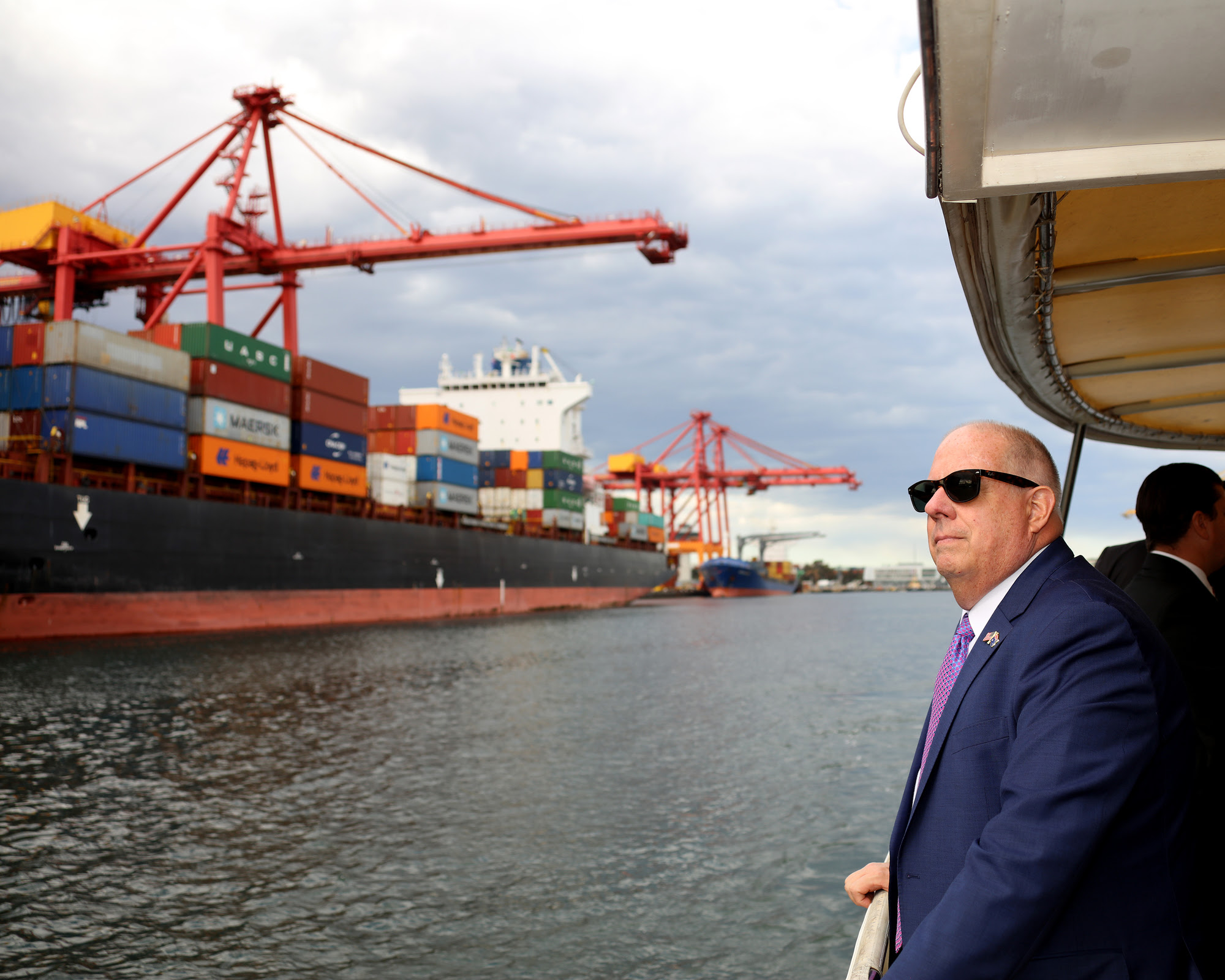 In the afternoon, the governor’s delegation traveled to Botany Bay to tour Australia’s largest container port. Port Botany is a vital economic hub for trade in New South Wales, with multiple pipeline links. Governor Hogan greets state officials and partners at the residence of the Consul General.

Governor Hogan wrapped up the day’s engagements with remarks during a reception at the residence of Consul General Sharon Hudson-Dean. The American Consulate in Sydney is the oldest American Foreign Service post in Australia, dating back to 1836.