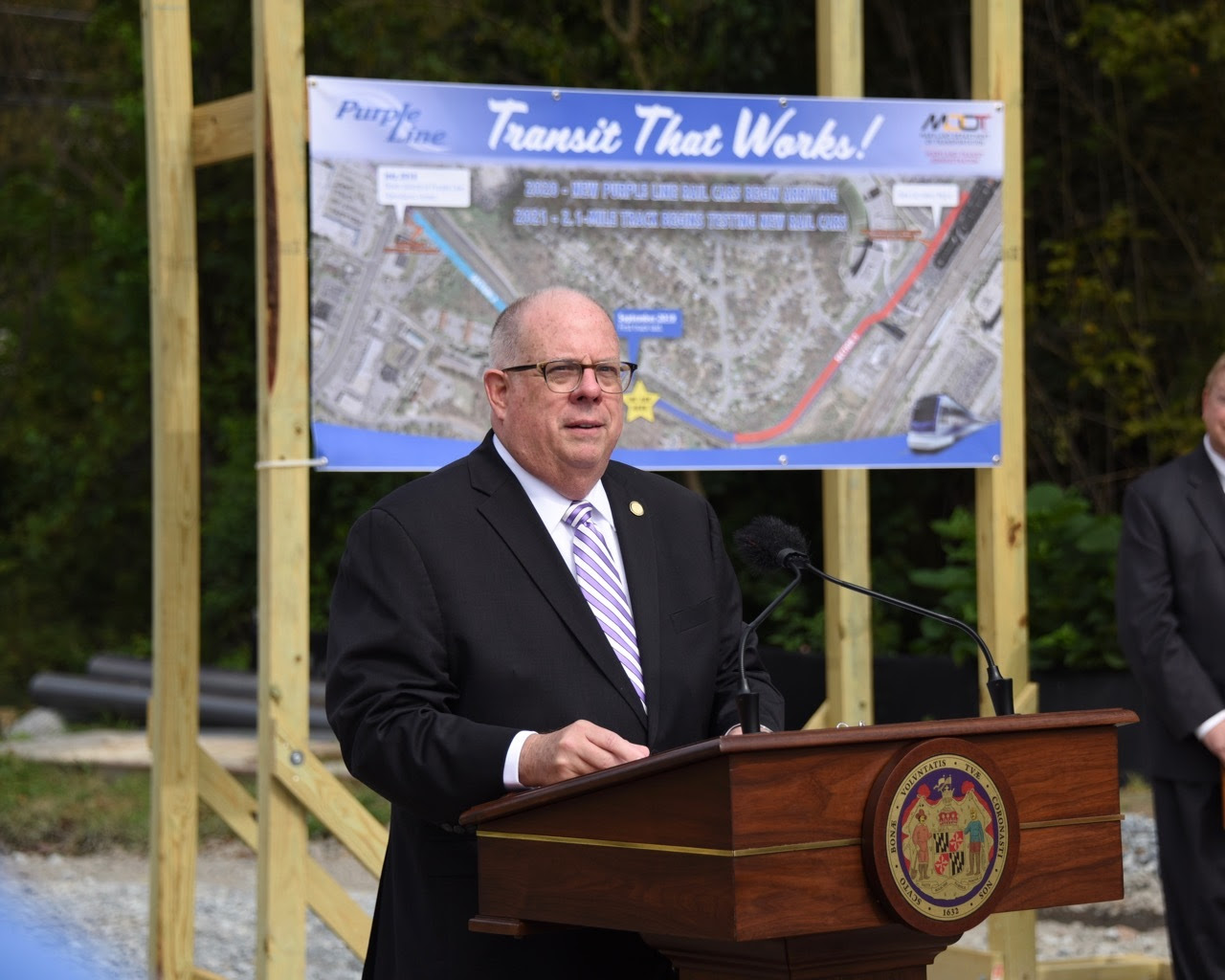 “In Maryland we are proud to be setting an example for the rest of the nation and the Purple Line is at the heart of our state’s infrastructure success story,” said Governor Hogan. “Two years ago when we broke ground on the Purple Line, I climbed into an excavator and personally helped get the construction underway. Since then, we’ve been grading, moving utilities, tunneling, and now we have begun building and laying the first segments of track.” 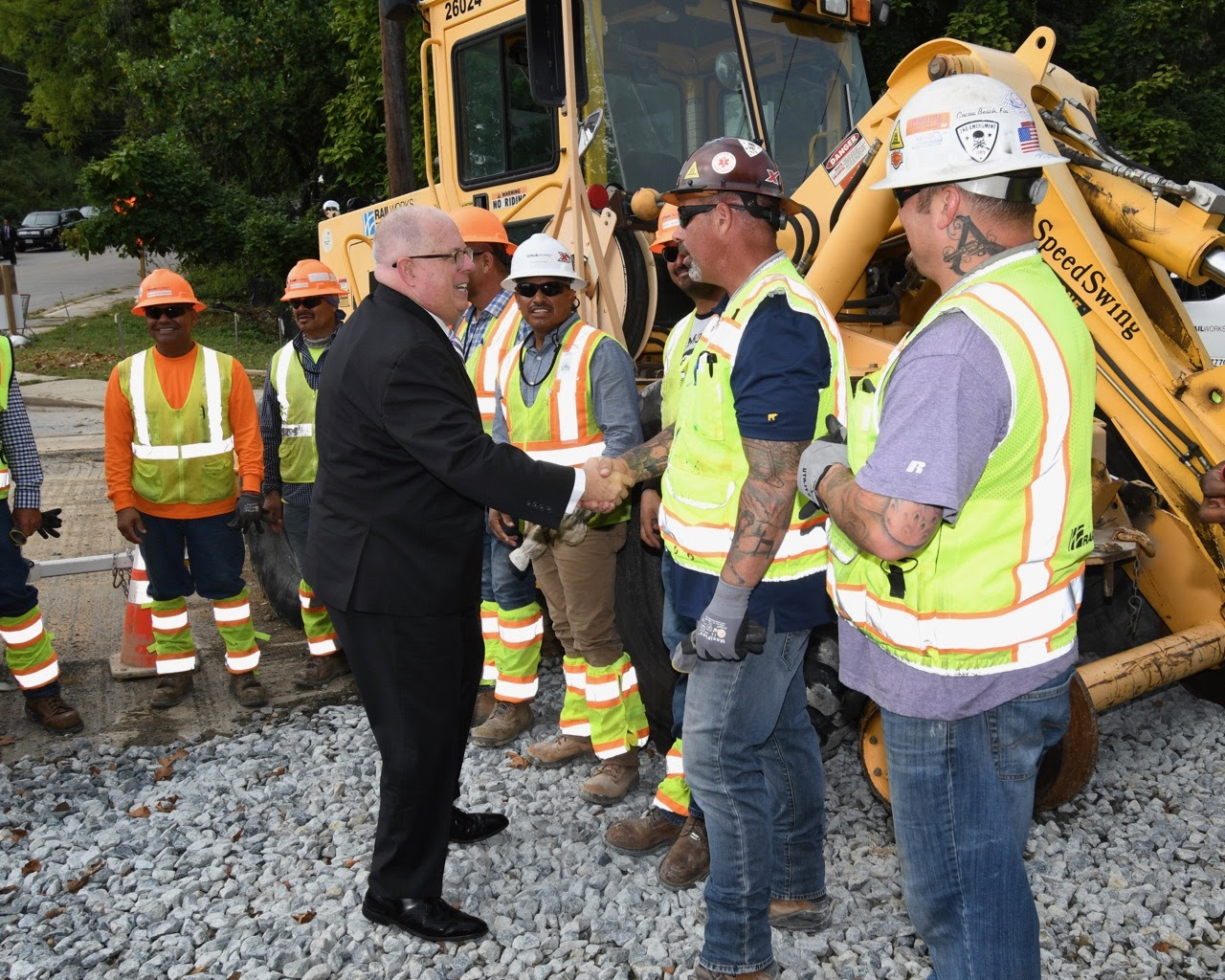 The Purple Line is a 16-mile light rail system that will run from New Carrollton in Prince George’s County to Bethesda in Montgomery County. It will run east to west inside the Capital Beltway, with 21 stations connecting to: Metrorail’s Orange, Green, and Red lines; the MARC Brunswick, Camden, and Penn lines; and Amtrak at New Carrollton. Governor Hogan broke ground for the project almost two years ago at the Glenridge site. 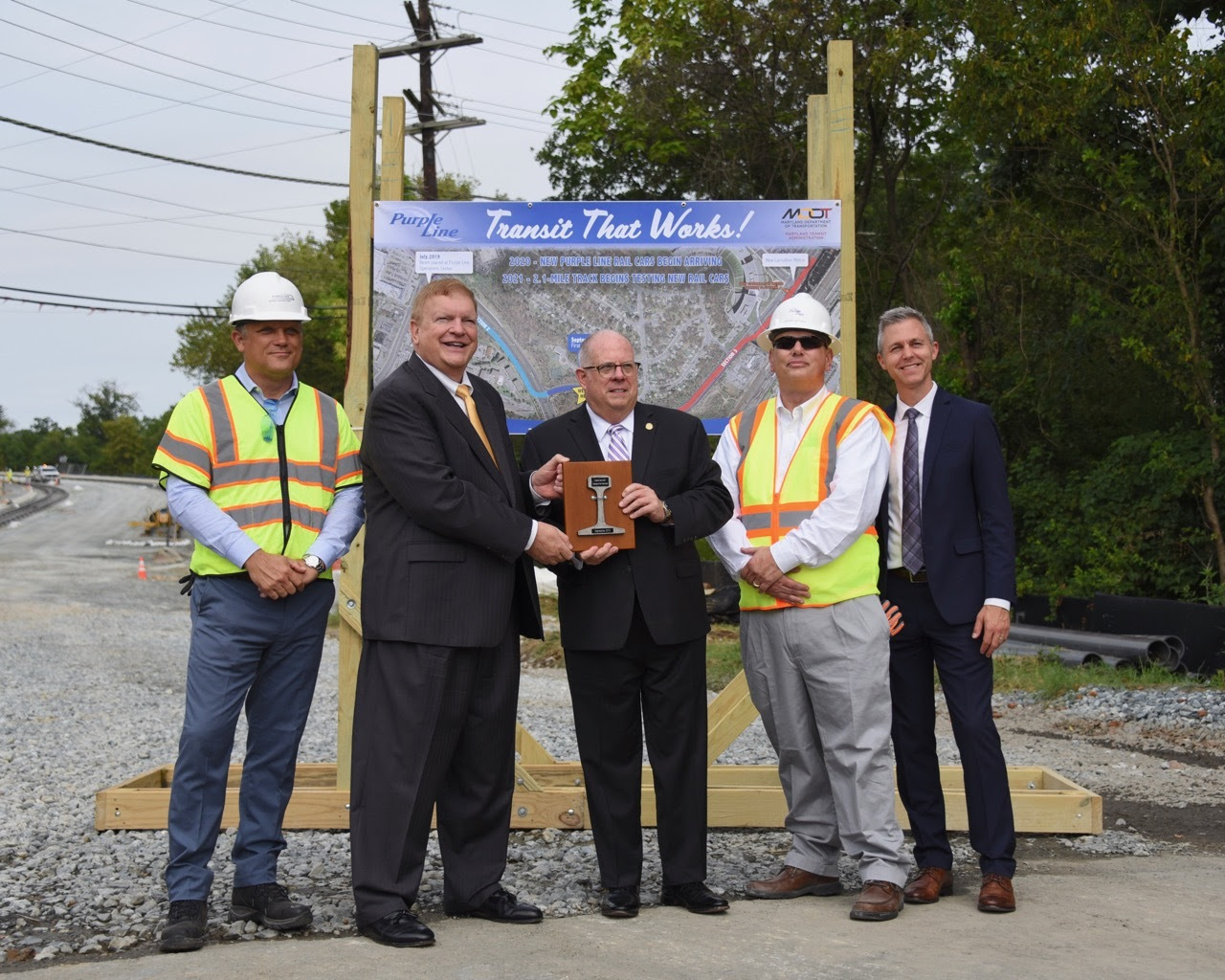 The Purple Line is one of several state projects Governor Hogan has championed in his commitment to bring long-awaited traffic congestion relief to Maryland drivers. The Hogan administration has taken a balanced, all-inclusive approach to infrastructure while moving forward on nearly all of the highest priority transportation projects in every jurisdiction across the state and investing a record $14 billion in transit.