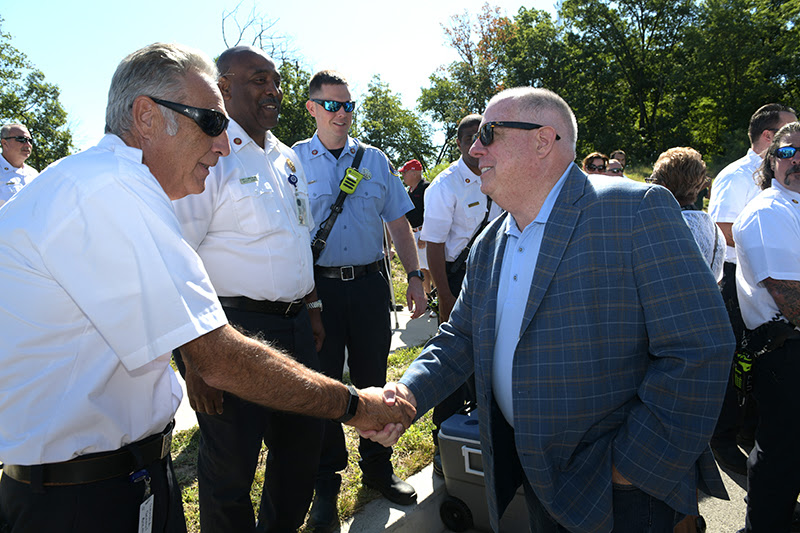 “Today is a shining example of all levels of government working together to make our citizens and our communities safer,” said Governor Hogan. “Once complete, this site will be home to the first fire station in the eastern part of Howard County in 25 years, which will support vital services and improve response times to all emergencies in Waterloo, Jessup, East Columbia, and the surrounding communities.”

Prior to breaking ground, County Executive Ball presented Governor Hogan with a $1 check, the purchase price of the land. Approved by the Board of Public Works in April, this agreement allows Howard County to invest the $3.5 million provided by the governor in this year’s capital budget to support flood mitigation efforts in Ellicott City. All told, the Hogan administration has committed $8 million over three years for Ellicott City’s flood mitigation efforts, as well as $250,000 for a critical public alert system. 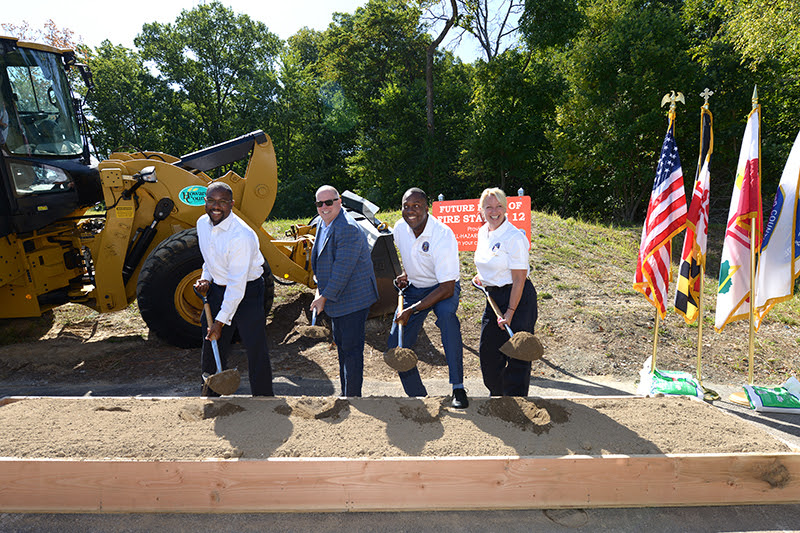 “The new Waterloo Fire Station represents an important win-win for public safety in Howard County,” said County Executive Ball. “We will be able to improve our emergency response services, while also investing in a safer future for Ellicott City. I want to express my appreciation to Governor Hogan for partnering with us to make this deal happen. I also want to thank Comptroller Franchot and Treasurer Kopp for supporting this important project.”

The nearly six-acre site at 7777 Washington Boulevard in Jessup will house the new fire station, urgently needed to support the growth of residential housing in the area and provide the best possible emergency response time. The station will be strategically located to improve response times to all emergencies in the areas of Waterloo, Jessup, East Columbia, and surrounding communities. It will accommodate both emergency medical service units and fire suppression equipment.

“The construction of this new fire station is the result of a lot of planning and teamwork between the county and the state,” said Chief Uhlhorn. “We are grateful to County Executive Ball for his committed support of public safety. The addition of this station will positively impact our community as it will allow us to more effectively respond to emergencies and improve our response times.”