ANNAPOLIS, MD—Governor Hogan is in Ocean City, Md. to take part in the annual Maryland Association of Counties Summer Conference.

Believe in Tomorrow Groundbreaking. This morning, the governor participated in the groundbreaking for the Believe In Tomorrow Children’s Foundation’s newest beach house in Ocean City, Md. The governor was joined by First Lady Yumi Hogan, state Senator Mary Beth Carozza, Delegate Wayne Hartman, Ocean City Mayor Rick Meehan, and members of the community. Believe In Tomorrow is the leading provider of hospital and respite housing services to critically ill children and their families.

“I have seen first hand the comfort, hope, and joy that Believe in Tomorrow brings to so many families who are facing difficult challenges,” said Governor Hogan. “What began with one rented ocean-front condo here in Ocean City more than three decades ago has become an internationally-recognized foundation which has provided over 900,000 overnight stays to deserving children and families. I am proud to support the continued growth of Believe in Tomorrow and its programs and offer my congratulations to everyone involved in this important project.” 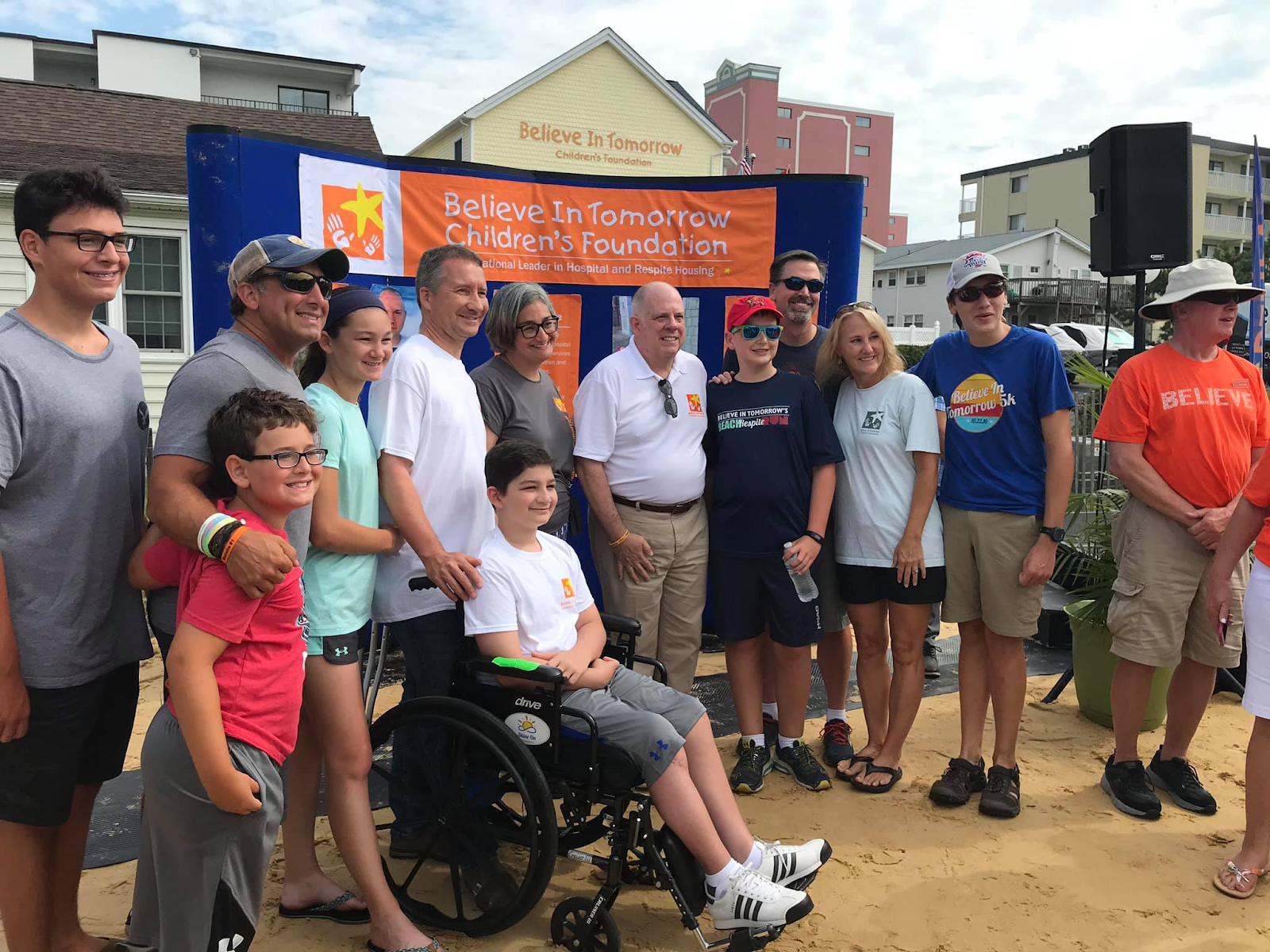 The foundation, which developed the concept for pediatric respite housing in 1986, is the world’s leading provider of this unique service for critically ill children and their families. When completed in late 2020, this new respite property will prioritize U.S. military families who have critically ill children, as well as children with short life expectancies.

This expansion represents Believe in Tomorrow’s seventh respite facility, which is the fourth along the beaches of Maryland and Delaware. Two additional properties are located in the  mountains of Western Maryland and North Carolina. Hundreds of vendors showcase everything Maryland has to offer and highlight a wide range of products and services for county officials with an emphasis on ways to partner with Maryland county governments.

MACo is a non-profit and non-partisan organization that serves Maryland’s counties by articulating the needs of local government to the Maryland General Assembly. The Association’s membership consists of elected officials and representatives from Maryland’s 23 counties and Baltimore City.