ANNAPOLIS, MD—Governor Larry Hogan today joined Ambassador Jonatan Vseviov of Estonia to enact a Memorandum of Understanding (MOU) between Maryland and Estonia. The agreement strengthens a years-long partnership focused on security and commits Maryland and Estonia to an exchange in a number of areas, including economic development, tourism, education, drug abuse prevention, and culture and arts. The MOU will last for five years, with the opportunity for renewal.

“The agreement which we are renewing today represents our shared commitment to the rule of law, our continued focus on this important partnership, and our strategic cooperation on defense and economic development,” said Governor Hogan. “I want to congratulate and express my appreciation to everyone who has worked so hard to make this MOU signing possible.” 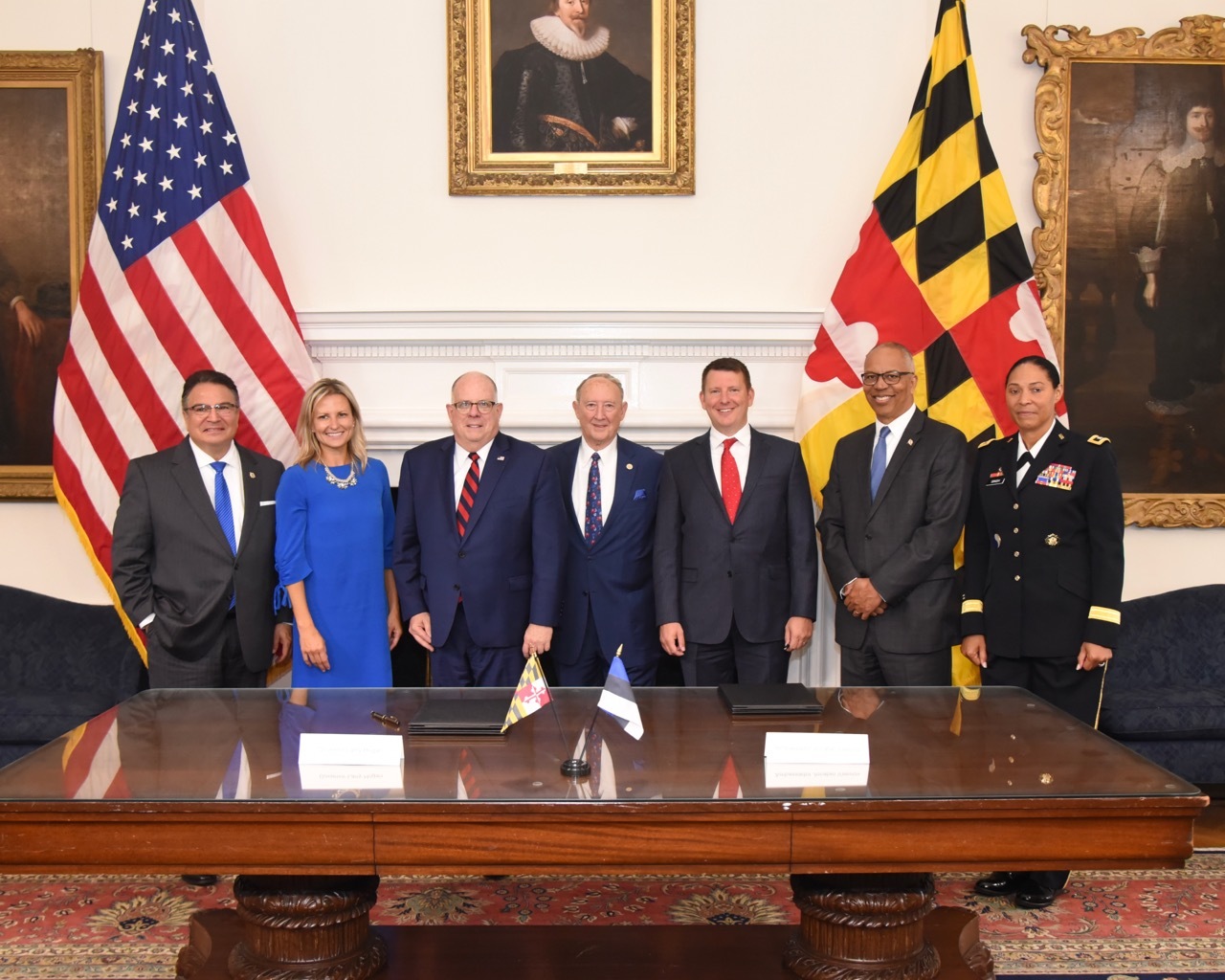 “When the Estonian county government structure changed, affecting the Maryland-Harju sister state relationship, we knew that it was essential to reaffirm the excellent partnership between Maryland and Estonia,” said Maryland Secretary of State John Wobensmith.

The ties between Maryland and Estonia began in the early 1990s with the State Partnership Program between the Estonian Defense League and the Maryland National Guard. The Maryland Military Department and Estonian War Museum have also maintained a Memorandum of Understanding since 2015.

Throughout the decades, bilateral projects have ranged from military exchanges to arts and culture programming as well as science and technology. In 2017, Lieutenant Governor Boyd Rutherford led a trade mission to Estonia focused on e-government and cyber security. Maryland and Estonia have also maintained the National Guard State Partnership Program currently championed by Major General Linda Singh. These government-to-government relationships have also led to university partnerships, including exchange programs with students at Salisbury University, the University of Maryland Eastern Shore, and the University of Tartu.