Latest Initiative Would Bring Total Toll Savings Up to $344 Million

ANNAPOLIS, MD—Governor Larry Hogan today announced that the Maryland Transportation Authority (MDTA) Board will consider new tolling options to save Marylanders more than $28 million over the next five years. This would be the third round of historic toll relief during the Hogan administration, resulting in a total of up to $344 million in savings.

Ahead of today’s announcement, Governor Hogan visited the Bay Bridge Toll Plaza, where he first announced a statewide toll cut in 2015. 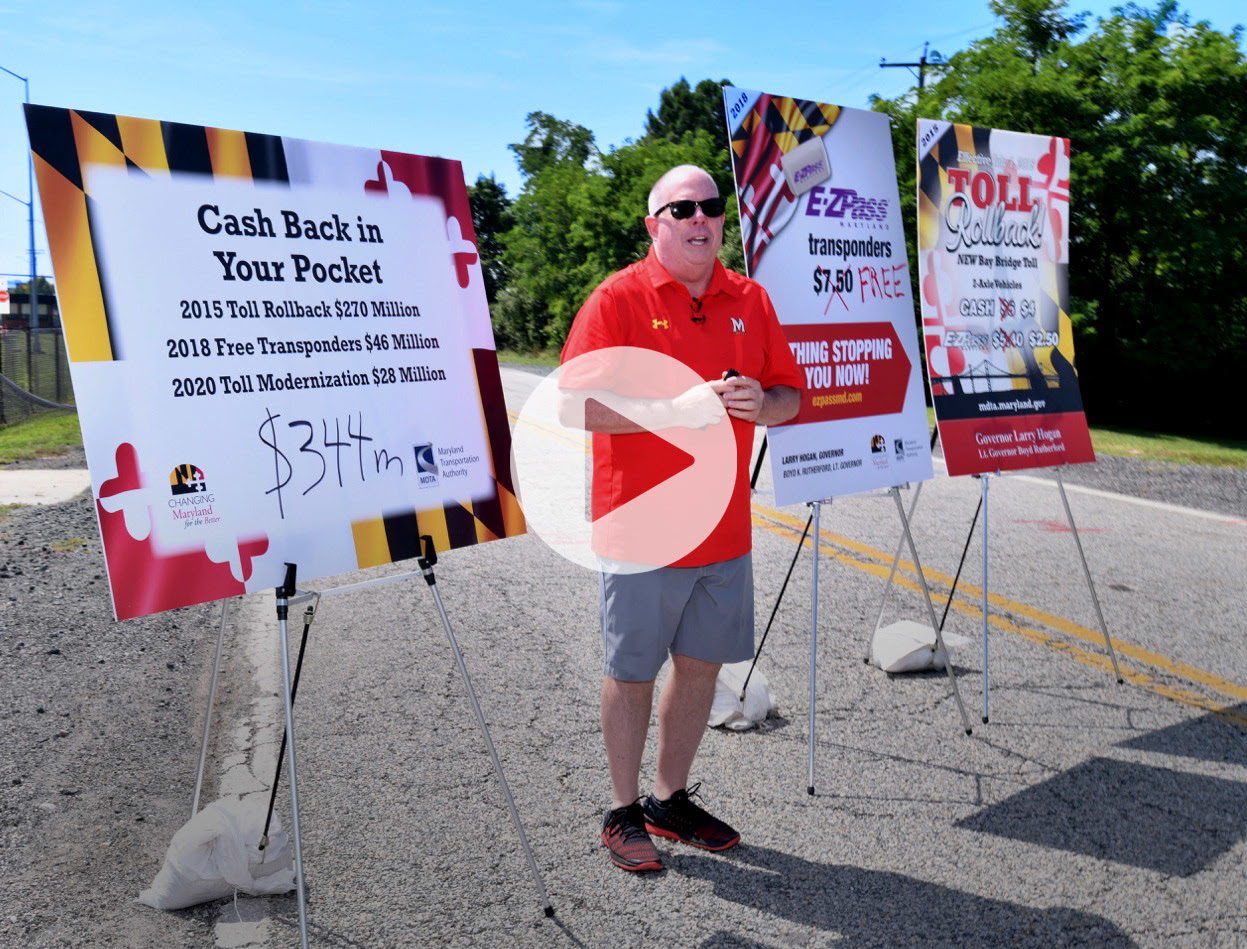 “We are proud to once again deliver historic toll relief for our citizens by putting another $28 million back into the pockets of hardworking Marylanders,” said Governor Hogan. “In 2015, we cut tolls at every single facility in the state–the first time tolls had been cut in 50 years. With this next action, we will be delivering on three rounds of toll relief in less than five years.”

This additional savings expands on toll relief initiatives that Governor Hogan has previously announced, including a 2015 toll rollback to save Marylanders $270 million by 2020, and a 2018 initiative for free E-ZPass transponders to save drivers $46 million over five years.

This new $28 million in savings will be achieved by a new pay-by-plate option, expected to be in effect by June 2020, which will allow tolls to be automatically billed to credit cards at the same rate as cash customers.  New vehicle classifications are expected by September 2020, providing lower toll rates for motorcycles and for vehicles towing one- and two-axle trailers, such as those for fishing boats or landscaping equipment. Another proposal to allow video tolling customers to pay before invoices are mailed, and get a discount, is expected to be in effect by December 2020.

The MDTA Board is expected to vote at its July 25 meeting to advance the process for this toll relief to take effect by seeking public input and holding hearings.