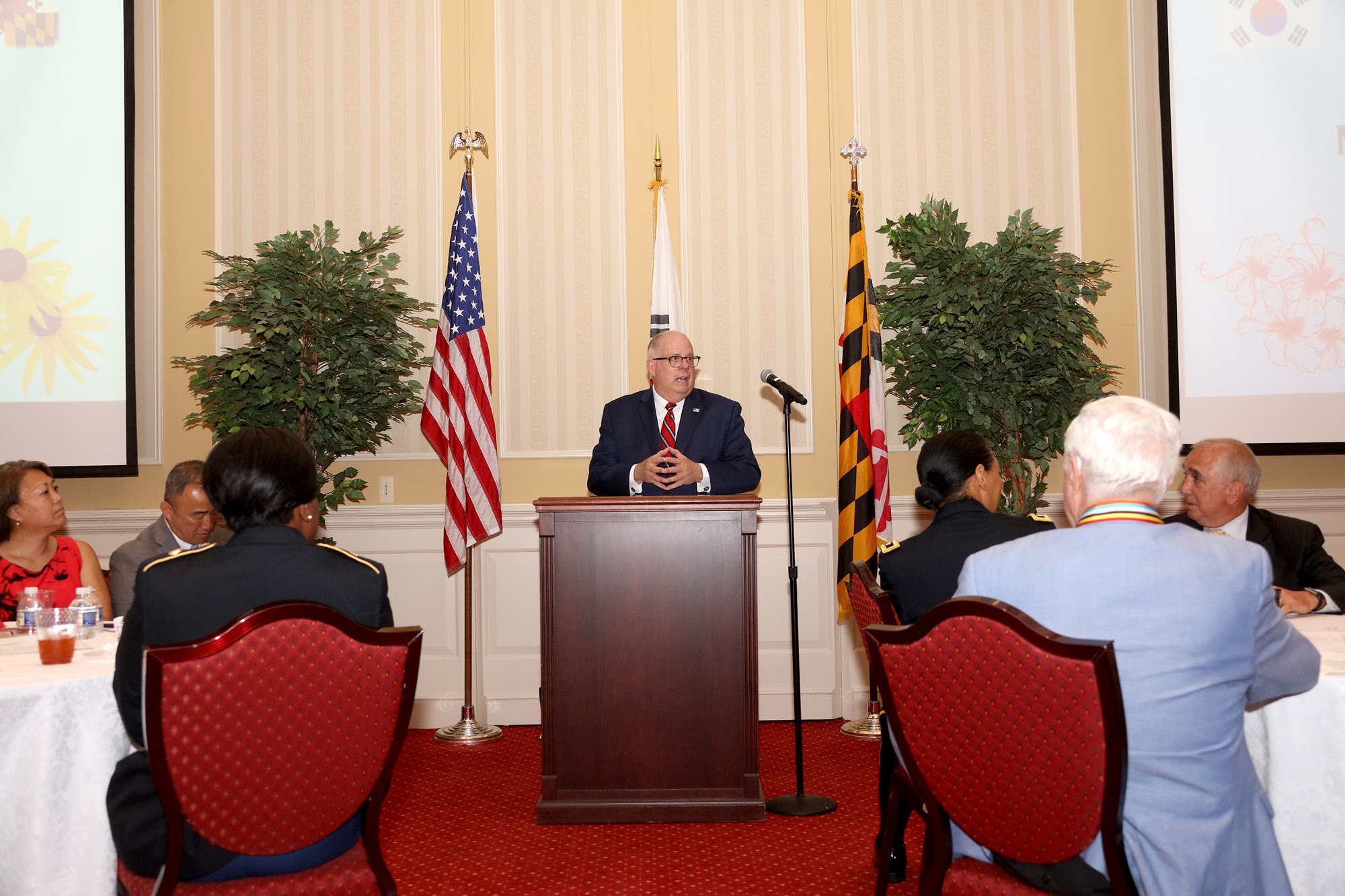 “It is such an incredible honor to have this opportunity just to be in the presence of so many true American heroes,” said Governor Hogan. “In spite of all the things that have sought to divide us in this country—and that still divide us today—we are all brought together by the tremendous respect we hold and the incredible debt that we owe to each and every one of those who have worn the flag of our nation on their arm and to all of those who put their lives on the line to protect the rights and the freedoms that we hold so dear. On behalf of all the people of a grateful state, once again we sincerely thank you for your service.”

“Welcoming you home today is one small way Maryland can honor you for your service,” said First Lady Yumi Hogan. “As a Korean-American, I would like to thank you for defending a land far from home, and we vow to continue your legacy. Thanks to all of you, Korea has become one of the strongest countries in the world, overcoming the tragedy and chaos left by war.”

Governor Hogan and First Lady Yumi Hogan have honored and remembered Korean War Veterans every year by hosting a reception at Government House. This year, a citation and artwork were presented by the governor and first lady to representatives from Korean War Veteran associations.

Since day one, the Hogan administration has committed to changing Maryland for the better for 389,640 veterans who live, work, and retire here. Governor Hogan has enacted critical legislation to support veterans by providing tax relief, connecting them with potential employers, offering housing resources, and more. In February this year, Governor Hogan proclaimed 2019 as the Year of the Veteran in Maryland.