Partnership Between The Two Regions Will Continue Through 2023

ANNAPOLIS, MD – Governor Larry Hogan was joined today by Ambassador Shinsuke Sugiyama to sign and renew a Memorandum of Cooperation that reinforces the relationship between Maryland and Japan. The renewal highlights the regions’ continued commitment to working together to promote trade, investment, life sciences collaboration, academic exchanges, and information sharing. A new addition to this year’s memorandum is sports and business, with a special focus on the 2020 Summer Olympic and Paralympic Games in Tokyo.

“Today, we celebrate the continued strong and flourishing relationship between the State of Maryland and the government of Japan,” said Governor Hogan. “With the renewal of this Memorandum of Cooperation, we are highlighting our continued commitment to work together in areas including high-speed rail, liquefied natural gas, the life sciences, trade and investment, and academic cooperation.” 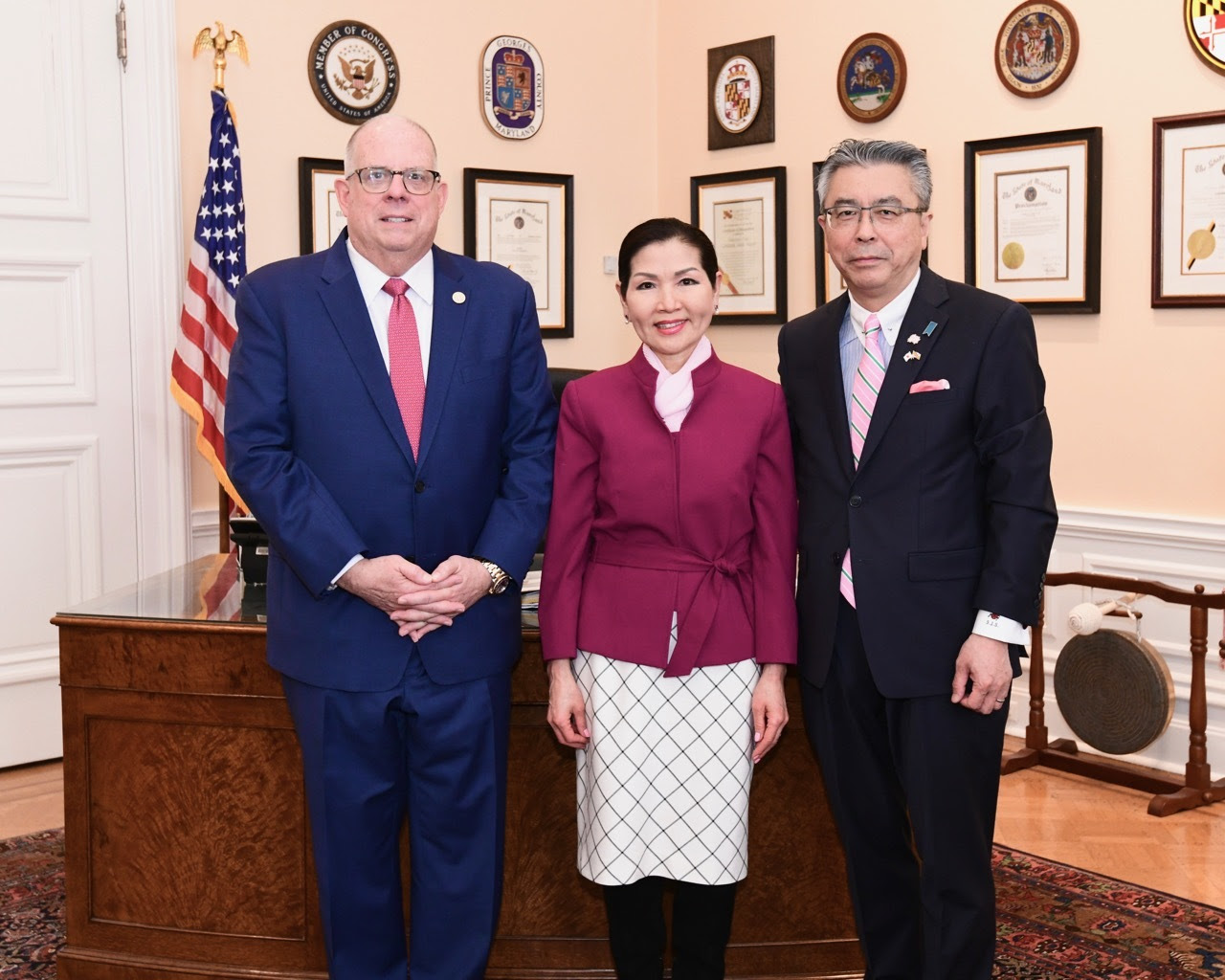 The memorandum was originally signed in 2016 following the governor’s first overseas trade mission to Japan, China, and Korea the previous year, making Maryland the third state to sign an economic and cultural agreement with the government of Japan.

“Today is a great opportunity to strengthen our already strong economic partnerships. Japan’s foreign direct investments to Maryland total roughly $2.3 billion creating 5,700 jobs with over 100 Japanese affiliated companies,” said Ambassador Shinsuke J. Sugiyama. “With this extension, we hope to see more cooperation in the area listed in the memorandum and see this number increase.”

Maryland exported $1.1 billion worth of goods to Japan in 2018, up from $373 million in 2017, in large part due to liquefied natural gas (LNG) exports from Cove Point in Calvert County. Through this agreement, Maryland and Japan commit to working together and exchanging information related to LNG, high-speed rail, and other industries in order to further expand trade and investment. 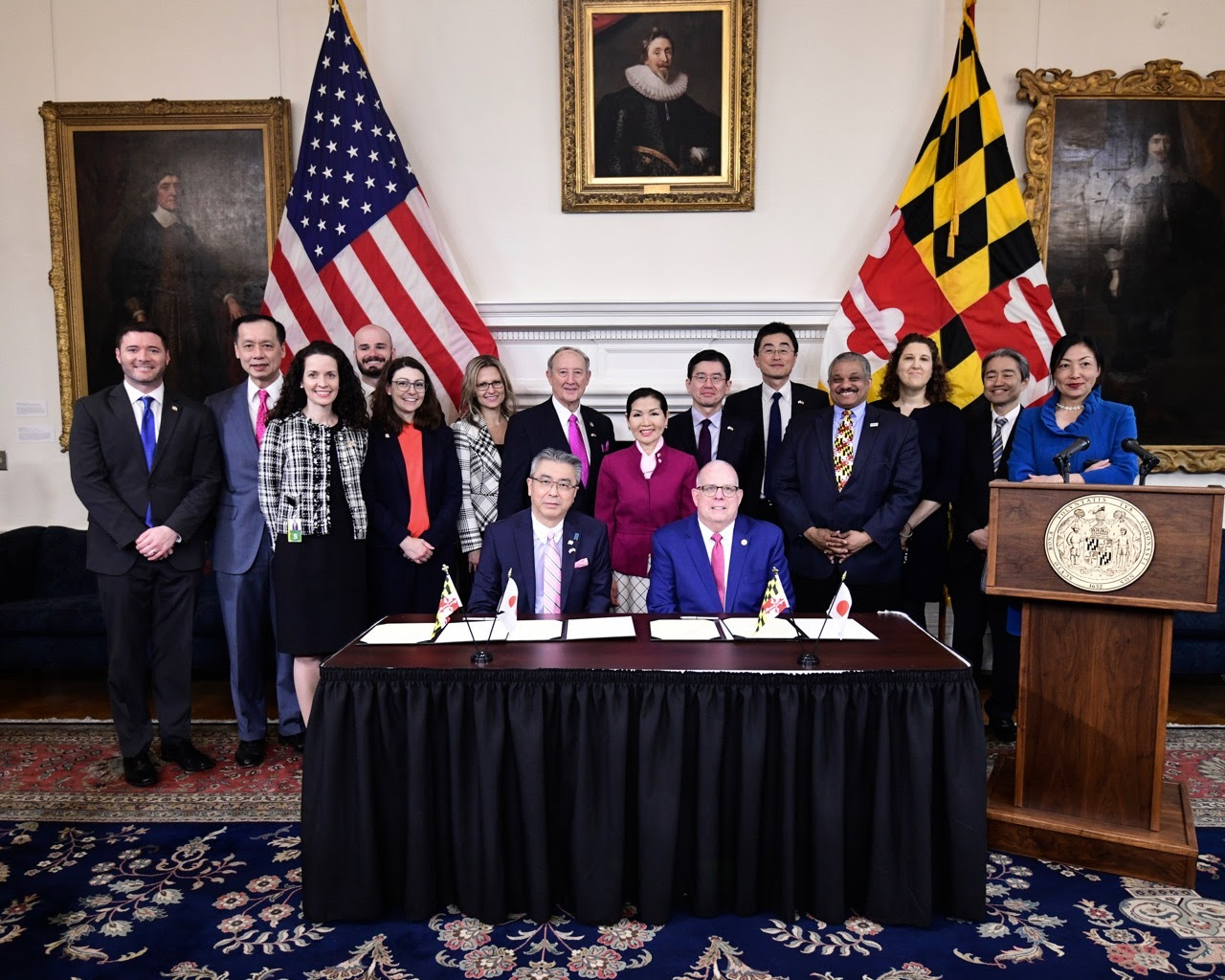 The renewal also highlights the longstanding sister state and sister city economic partnerships between the regions, which are used to connect international officials and businesses to find new opportunities and resources. Maryland and the Kanagawa Prefecture have maintained a formal sister state agreement for more than three decades, and Baltimore City and Kawasaki will celebrate their 40th sister city anniversary this year.

There are an estimated 100 Japanese companies operating in Maryland, many of which are in the life sciences sector. Together, these companies employ 5,700 workers throughout the state. There are also at least 12 universities and colleges throughout Maryland with active Japanese exchange programs.

The renewed Memorandum of Cooperation will continue for four years.