ANNAPOLIS, MD – Joined yesterday by more than 100 veterans, Governor Larry Hogan proclaimed 2019 as the Year of the Veteran in Maryland. This yearlong observance raises awareness of the brave service and sacrifice our United States veterans and families have made for Maryland and our country. Following the announcement, which was made on the north steps of the Maryland State House in Annapolis, the veterans joined the governor for a gathering in the Governor’s Reception Room.

“Our administration is committed to ensuring that Maryland’s 380,000 veterans are recognized for their service,” said Governor Hogan. “This proclamation is yet another way we can show our gratitude and honor the men and women who have sacrificed so much for Maryland and our nation.” 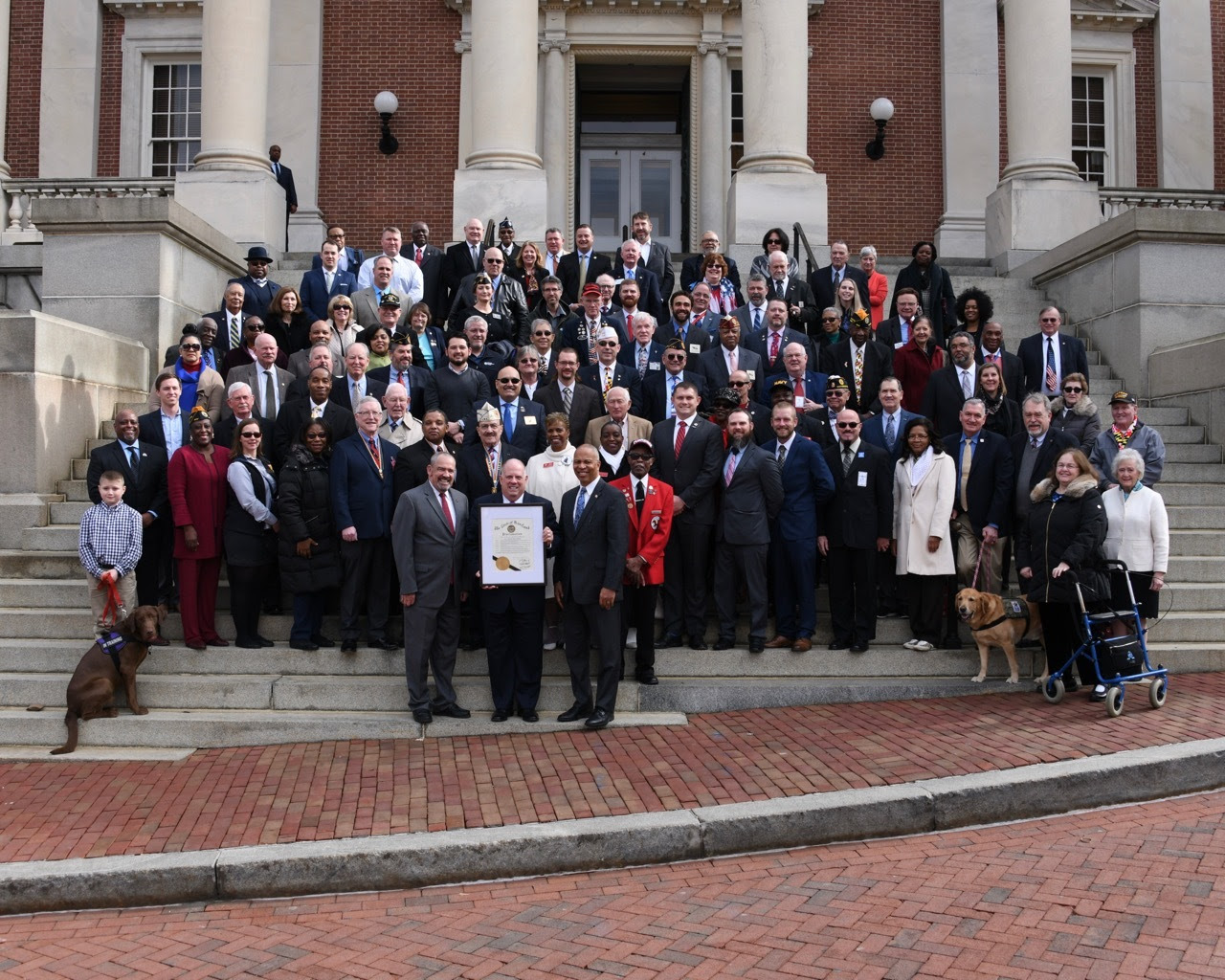 The proclamation also provides the opportunity to raise awareness of the work done every day by the Maryland Department of Veterans Affairs in service to those who have served. Throughout the year, the department will join federal, state, and local partners to celebrate and acknowledge the service of the 380,000 Marylanders who have served in the United States uniformed services.

“I would like to express my sincere appreciation to Governor Hogan for this exciting proclamation announcement,” said Secretary of the Maryland Department of Veterans Affairs George Owings. “Proclaiming 2019 as the Year of the Veteran provides our state a timeless opportunity to honor our veterans for their service and sacrifice to the state and nation.”