ANNAPOLIS, MD – Governor Larry Hogan today recognized the Maryland National Guard’s first-ever all-female command staff. This is a first for Maryland as well as a first for the nation – or what the military calls the “54” – including every state, the District of Columbia, and U.S. territories. 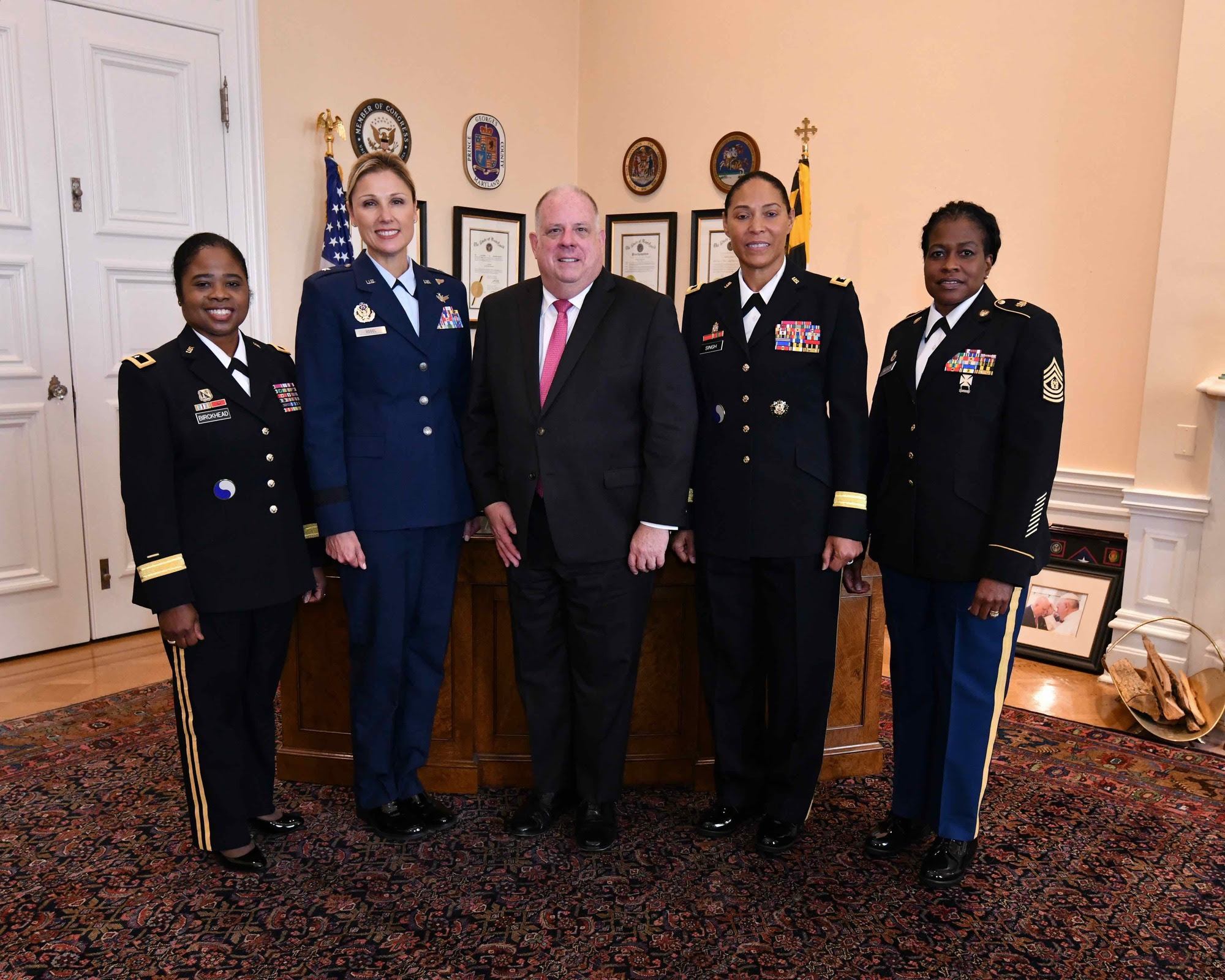 “Our administration is incredibly proud of Maj. Gen. Singh and the highly qualified team she has assembled,” said Governor Larry Hogan. “This is a tremendous achievement for the Maryland National Guard and the State of Maryland.”

“We have worked hard over the last four years to diversify our leadership team,” said Maj. Gen. Linda Singh, adjutant general of Maryland. “We’ve really wanted the team to be more reflective of the organization itself and the community.”